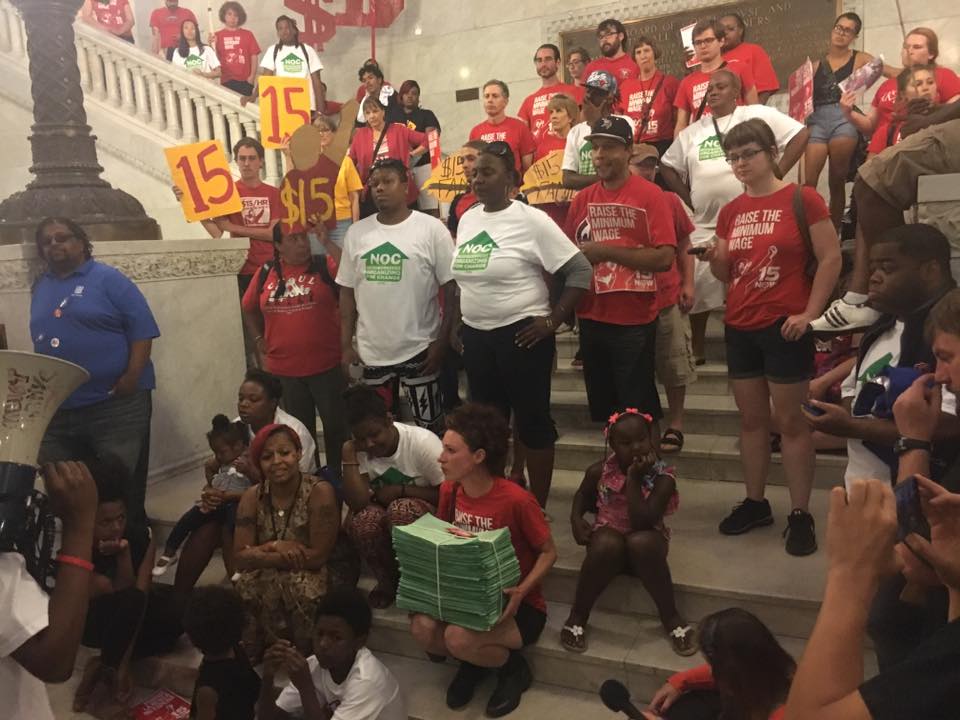 We qualified for the ballot with thousands of signatures! But the City Attorney has indicated to the media that she may advise against a $15 minimum wage, providing political cover

We qualified for the ballot with thousands of signatures! But the City Attorney has indicated to the media that she may advise against a $15 minimum wage, providing political cover for the big-business-friendly council majority. On August 3rd, City Council will discuss ballot language and the legal analysis for $15/hour. Join us to rally and tell City Hall: Don’t Steal Our Vote!

We’re mobilizing to ensure City Hall doesn’t disenfranchise Minneapolis voters who have, for years now, been demanding action on $15. Without any concrete alternative from City Council that addresses poverty wages or racial income inequality, blocking this from the ballot is about protecting the profits of big business interests in this city.

Workers organizing with Neighborhoods Organizing for Change (NOC), 15 Now Minnesota, Centro de Trabajadores Unidos en Lucha (CTUL), Socialist Alternative, the Minneapolis chapter of the NAACP, the Minnesota Public Interest Research Group and others say they’ll do whatever it takes to get $15 on the ballot. Groups intend to mobilize hundreds of supporters to City Hall debates on $15, calling for the city to put the decision back into the hands of ordinary people in Minneapolis. The initiative is backed by several labor unions, including the Minneapolis Federation of Teachers, Communication Workers of America, People of Color Union Members, the Minnesota Nurses Association, Amalgamated Transit Union Local 1005, Minnesota State Association of Letter Carriers (MSALC), Teamsters Local 120, Teamsters Local 320, and International Association of Machinists (IAM) State Council.