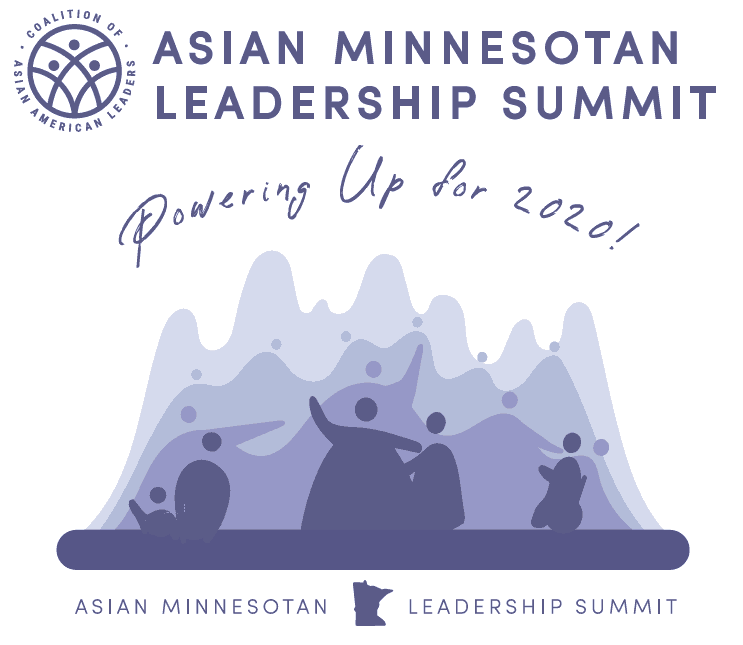 The Coalition of Asian American Leaders (CAAL) will host the first Asian Minnesotan Leadership Summit: Powering Up for 2020 on Saturday, December 7, 2019, at Metropolitan State University to lift

The Coalition of Asian American Leaders (CAAL) will host the first Asian Minnesotan Leadership Summit: Powering Up for 2020 on Saturday, December 7, 2019, at Metropolitan State University to lift up and bolster community leadership, organizing, and mobilization efforts in Minnesota’s Asian American communities. Given major political elections and activities, such as the U.S. Census, every community should be aware, empowered, and supported to exercise their civic duties.

At the day-long Summit, Asian Minnesotan leaders from across the state are invited to connect with one another, learn new skills for mobilizing and organizing people, gain new knowledge about key issues impacting the community, and identify where Asian Minnesotans can increase civic engagement in order to shape democracy at historic levels in 2020. Some planned workshop topics include: the importance of census participation, understanding election cycles and structures that enable communities to fully participate in elections, how to effectively advocate for issues at different levels of government, and being your most powerful self as a leader.

Nationally-renowned author and activist Helen Zia will deliver a keynote address about what civic engagement in 2020 must mean for Asian Americans as one of the fastest-growing racial groups. Other confirmed speakers so far include State Representative Samantha Vang and former State Senator Satveer Chaudhary; other speakers will be announced soon.