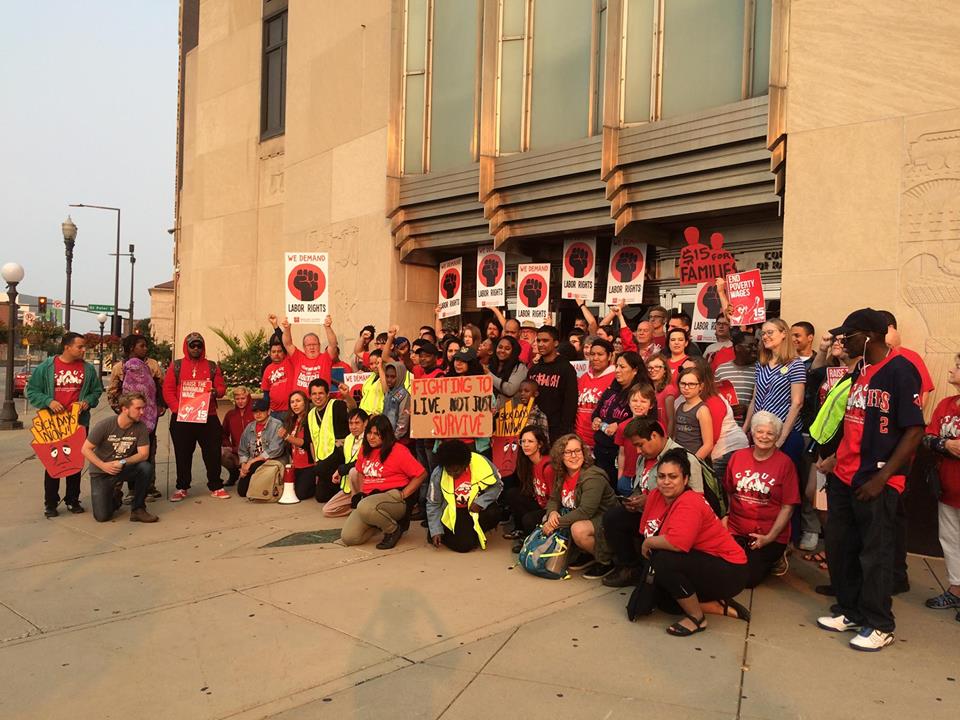 On Wednesday morning, the Citizens League will give a report at St Paul City Hall presenting a list of questions about the $15 minimum wage. City Council commissioned

On Wednesday morning, the Citizens League will give a report at St Paul City Hall presenting a list of questions about the $15 minimum wage. City Council commissioned this report because, as Council Vice President Noecker has said, the council wants to use a “very deliberate, reasoned process” to raise the wage in Saint Paul.

But the facts are already clear: 40% of St Paul is living and working in poverty, and 1 in 4 jobs in the city pay less than $15/hour. Poverty and the racial wealth gap are at a crisis level in our city. Meanwhile, dozens of studies have confirmed that a $15 minimum wage for all workers, phased in over time, raises wages for working families and supports a robust local economy. No amount of studies or deliberation will change those facts!

We need real leadership in City Hall to end the crisis of poverty wages in St Paul. There’s a clear mandate from voters for a $15 minimum wage with no tip penalty or carve-outs by the summer of 2018– Mayor Carter’s landslide victory was in part due to his clear stance on $15.

In Minneapolis, City Hall commissioned an impact study that delayed the passage of a $15 minimum wage by nearly a year. Now’s our chance to hold St Paul City Hall accountable to a higher standard: pass a $15 minimum wage for all workers with no carve-outs this year, as voters have clearly called for!

Join us to hear the Citizens League report, followed immediately by a press conference calling for the policy St Paul needs: a $15 minimum wage for all workers, no tip penalty or exemptions, passed by this summer!

See you on Wednesday,
15 Now Minnesota