Native American Youth Adaptation Of Touch:Everything is a Circle 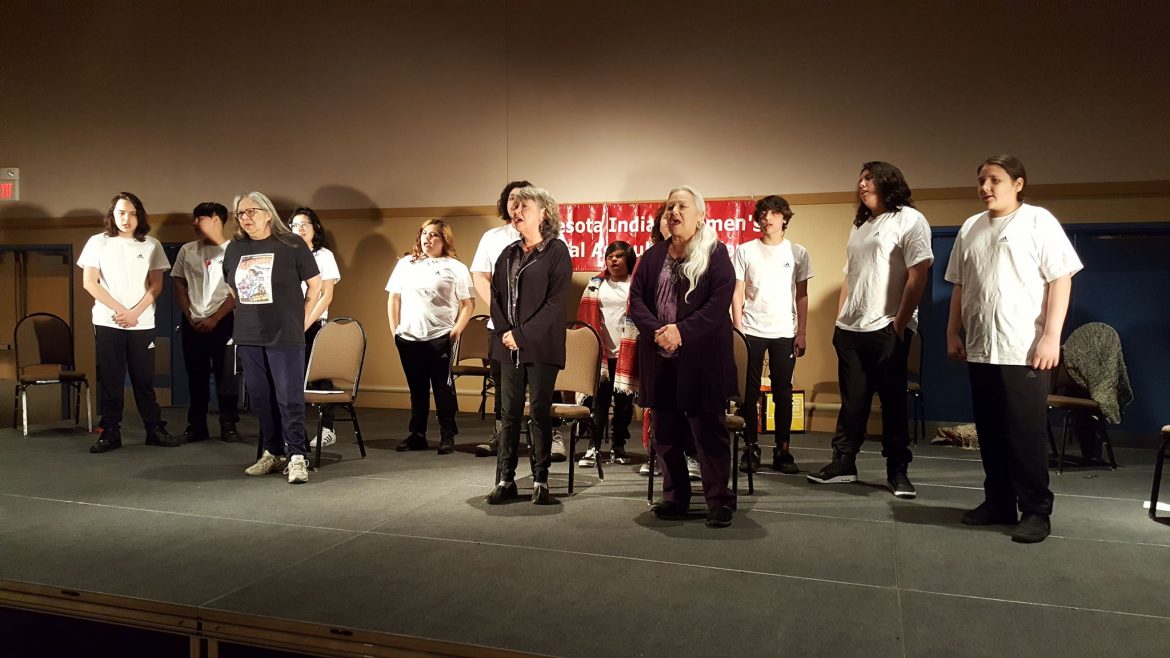 INDIGENOUS YOUTH AND ELDERS COLLABORATE TO PERFORM A REMARKABLE PLAY AIMED AT PREVENTING SEXUAL ABUSE EVERYTHING IS A CIRCLE Wednesday, May 30, 2018 @ 5pm Free to Attend Reservations are encouraged. RSVP TO: boxoffice@illusiontheater.org Phone:

Reservations are encouraged.
RSVP TO:
boxoffice@illusiontheater.org
Phone: 612-339-4944
(tickets also available at the door)

Illusion Theater, in partnership with the Iikidowin Acting Ensemble, the Indigenous People’s Task Force and the Ogitchidakwe Council, present EVERYTHING IS A CIRCLE, performed by ten Ikidowin teens and three Native grandmothers, for one public performance.
Everything is a Circle is an adaptation of Illusion’s award-winning sexual abuse prevention play, Touch.

The impulse for this partnership was a conversation between Sharon Day, Executive Director of The Indigenous People’s Task Force, and Illusion’s Producing Director, Bonnie Morris, about creating a play for the Native community.

Under the direction of Curtis Kirby III and Illusion Theater staff, the youth in the Ikidowin Acting Ensemble program were trained in the issues surrounding sexual abuse, rehearsed scenes from the original play and began to create improvisations.

Native Grandmothers from the Ogitchidakwe Council of Elders, whose mission is to help victims of physical and sexual violence in the Native community visited the group to share their stories with the Ikidowin youth. The teens developed improvisations based on the stories told by the grandmothers and some from their own experiences. All the scenes in the play were inspired by actual events.

As the youth began to rehearse the play, Kirby and Morris wanted to include the Ogitchidakwe Grandmothers in the piece to tell their truths on the stage as the youth performed their scenes. The Grandmothers’ stories recount what happened in the Boarding schools –where their language, their clothes, their names were taken away, and where they were physically and sexually abused leading to the inter-generational historical trauma that the Native community continues to struggle with.

Everything is a Circle was performed at the Minnesota Indian Women Sexual Assault Coalition (MIWSAC) at their conference at the Grand Casino in Onamia in early April. The response was a standing ovation with many invitations to perform the piece in other Native communities. Many attendees remarked how important it was to have the youth break the silence about physical and sexual abuse and about the abuse that occurred in the Boarding Schools.