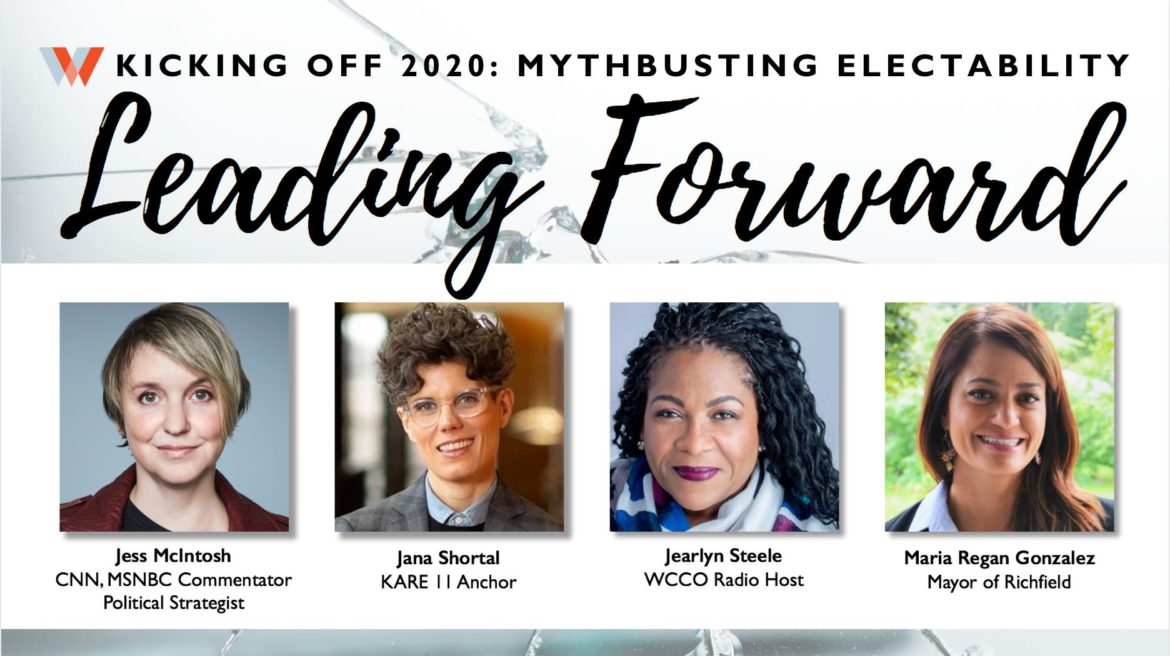 Women Winning’s annual year-end event, Leading Forward, is back and we are mythbusting “electability” narratives ahead of 2020! Women win elections at the same rates as men, yet every day we

Women Winning’s annual year-end event, Leading Forward, is back and we are mythbusting “electability” narratives ahead of 2020!

Women win elections at the same rates as men, yet every day we hear “I like her, but I’m not sure she can win” … “I don’t know if she can beat him” … “I think she’s great, but we just need to win.”

To shatter the highest, hardest glass ceilings, we must shatter these false narratives. Join Women Winning and these powerhouse leaders to bust myths, celebrate pro-choice women’s leadership, and kick off 2020!

Meet the powerhouse leaders busting electability myths!
• Jess McIntosh is a political strategist, regular CNN and MSNBC Commentator, former Director of Communications Outreach for Hillary for America, and former Communications Director at EMILY’s List. Jess is also co-host of the award-winning SiriusXM radio show Signal Boost. She was named one of Marie Claire’s 50 Most Influential Women.
• Jana Shortal is an Emmy Award-winning reporter and co-anchor of KARE 11’s “Breaking the News”. She has received national recognition for challenging local television and media norms, specifically around gender.
• Jearlyn Steele is a reporter for Twin Cities Public Television’s “Almanac” and the host of “Steele Talkin’” on WCCO Radio. Jearlyn is also known as a member of the internationally acclaimed R&B and Gospel group, The Steele Family Singers.
• The panel will be moderated by Richfield Mayor Maria Regan Gonzalez. In 2018, Mayor Regan Gonzalez made history when she became the first Latinx mayor in Minnesota!