Krish Mohan--An Indian Comedian: How Not To Fit In 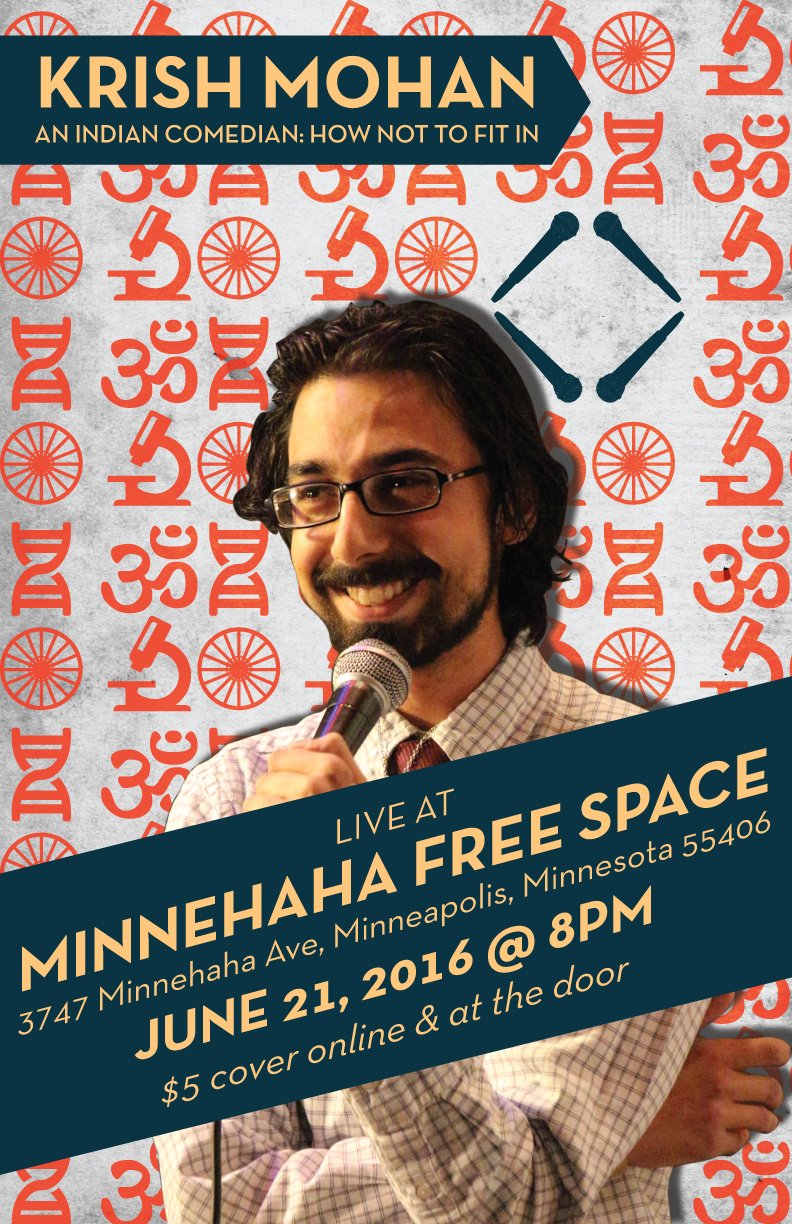 When you're born in India and immigrate to the U.S., it can be hard to find a place to fit in. Using his quirky attitude and intelligent comedy, Comedian Krish

When you’re born in India and immigrate to the U.S., it can be hard to find a place to fit in. Using his quirky attitude and intelligent comedy, Comedian Krish Mohan tries to find where he fits in. Krish will be performing his one hour show called “An Indian Comedian: How Not To Fit In” at the Minnehaha Free Space in Minneapolis, along with Will Spottedbear. Krish has toured across the MidWest, South, Northeast and Mid Atlantic regions and has opened various nationally touring headliners including Lee Camp, Stewart Huff & Cameron Esposito. Audiences have called Krish’s show “brilliant”, “hilarious” and “refreshing” as he “skewers mainstream American ignorance: a nation of foreigners doesn’t seem to know what to make of them”. Find out where he fits in; Is it with Americans or the Indians in the U.S?

“an honest, funny approach to describe how his expectations of moving to America didn’t line up with reality; how he has handled racism; his relationship with his parents who raised him to be a devout Hindu, yet he is no longer faithful; and even sex education” -NUVO (Indianapolis)

“If you appreciate comedians that deliver a message with style and truth, and make you LOL while they’re delivering the message, then go see the Indian Comedian, unless of course you’re racist.” -Randy Clark from IndyFringe Talks

“wry observations about how he’s treated in America as an immigrant, though he uses where he was born and what he looks like as a jumping-off point, not a crutch” -IndyStar

$5 cover at the door and online