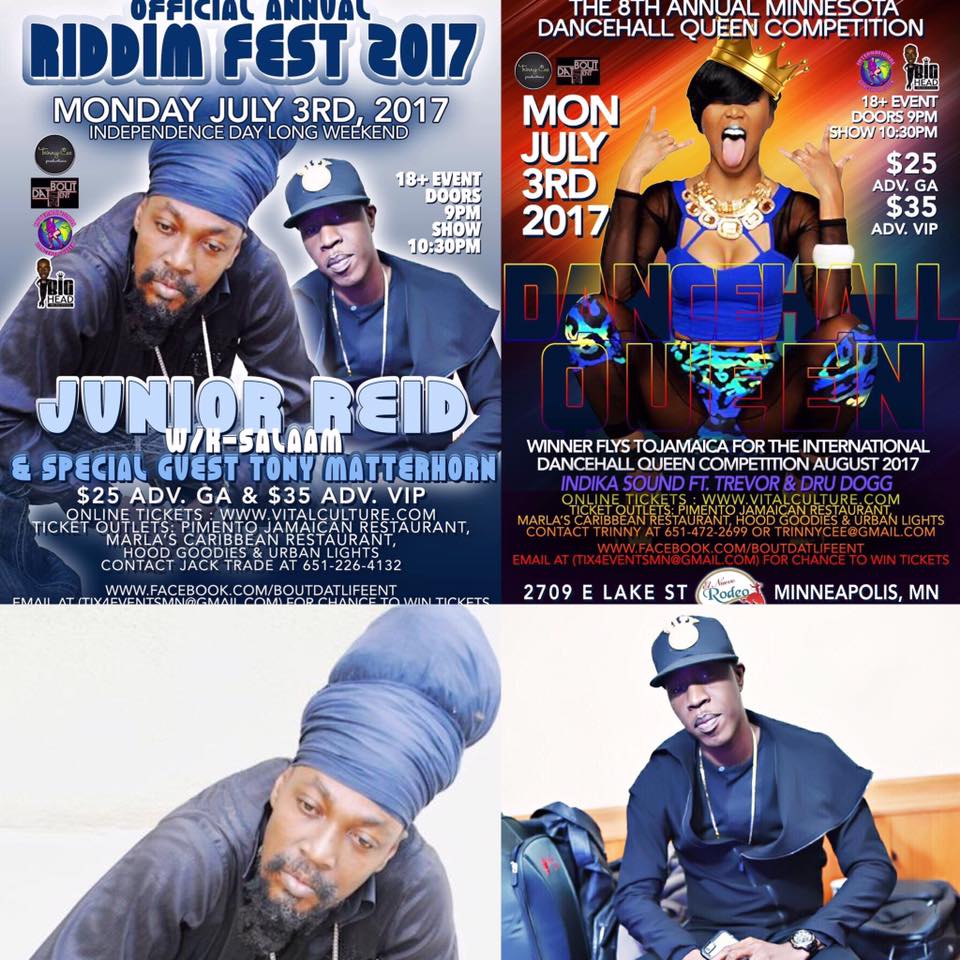 Reid was born in Kingston, Jamaica, and had a tough upbringing in the city’s Waterhouse district, notorious for being one of the most dangerous places in Jamaica.[1] It was there in the politically turbulent late ’70s that he recorded his first-ever single “Speak the Truth” at the age of 13 for the late Hugh Mundell, released in Jamaica on Augustus Pablo’s Rockers International label, and popular as an import single in the United Kingdom.[2] UK label Greensleeves Records followed this with “Know Myself” in 1981.[1] He then went on to form his own band, the Voice of Progress, and after a local hit with “Mini-Bus Driver” the group scored local success with an album of the same name.

By the early ’80s, commissioned by the great Sugar Minott to record a number of tunes on Minott’s Youth Promotion label, enjoying considerable popularity with tracks such as “Human Nature” (produced by Junior Reid), “A1 Lover” (produced by Sugar Minnott), and the evergreen “Foreign Mind”, an uplifting and proud statement which became an anthem to the ghetto youth whom Reid increasingly championed. Junior Reid transferred his talents to King Jammy’s studio on St. Lucia Road where his fast-growing success rose yet another notch. “Boom Shacka Lacka” was his first UK hit and led to another exceptional album. After a number of fine singles – which included “Youthman”, “Bank Clerk”, “Sufferation”, “Give Thanks and Praises” and “Higgler Move”. Reid then launched his label “Jr Productions” with his first single “Settle Down” by Barrington Levy. His opportunity to then reach a wider international audience came with the offer to be the lead singer in Black Uhuru. Always a strong follower of Black Uhuru, and with a similar vocal style, Reid took the group to another level. Three of the singles he did with Black Uhuru “Pain”, “Nah Get Rich and Switch”, and “Let us Pray” were released on Junior Reid’s label JR Productions. The collaboration on his first Black Uhuru album, the Grammy-nominated Brutal, in 1986, was well received by all and during the time he was with Black Uhuru they toured Europe, the UK, The USA, Canada and Bermuda. Two years and three albums later, Junior’s interest to produce material for himself, and desire to regain his domestic popularity, drove him into the solo arena and into his own studio (One Blood Recording Studio), as well as focusing on his own label JR Productions.[1] Reid had a number 21 hit in the UK in 1988 with the collaboration with Coldcut, “Stop This Crazy Thing”.[1] He had an even bigger hit in 1990, with “I’m Free”, recorded with The Soup Dragons, reaching number 5.[1] Meanwhile, 1989’s “One Blood” saw him re-established at the forefront of the reggae scene.[1] “One Blood” became an anthem for unity in America and around the world. According to Rolling Stone magazine (May 7, 2013), the lyrics of “One Blood” were the source of the album title for Vampire Weekend’s third release, Modern Vampires of the City.