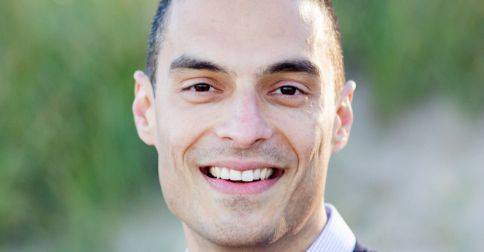 The Department of English's Joseph Warren Beach Lectures presents John Alba Cutler, Associate Professor of English at Northwestern University. Cutler will discuss a problem of scale: how can a work

The Department of English’s Joseph Warren Beach Lectures presents John Alba Cutler, Associate Professor of English at Northwestern University. Cutler will discuss a problem of scale: how can a work of art represent border crises that entail both large numbers and the singularity of individual human beings? Examining such objects as the FX television series The Bridge, Roberto Bolaños’s novel 2666, and the experimental poetry of Juan Felipe Herrera and Valerie Martinez, this talk outlines various strategies of enumeration taken up in relation to the feminicidio in Ciudad Juárez. These strategies constitute serial aesthetics—an attempt to first replicate and then resist the enumerative logics of global capital.

Cutler’s book Ends of Assimilation: The Formation of Chicano Literature (Oxford, 2015) examines how Chicano/a (Mexican American) literary works represent assimilation, and what those representations can teach us about race, gender, and the nature of literary discourse. Ends of Assimilation argues that Chicano/a literature illuminates and critiques the history of assimilation sociology, which has been blind to its own work as a cultural discourse, examining and illuminating by contrast the myriad ways that Chicano/a literature imagines cultural change.

Co-sponsored by the Department of Chicano & Latino Studies. English events are free and open to the public; no tickets or reservations necessary. For disabilities accommodations and information about the venue, email Terri Sutton at sutt0063@umn.edu or call 612-626-1528.

Department of Chicano and Latino Studies, U of MN