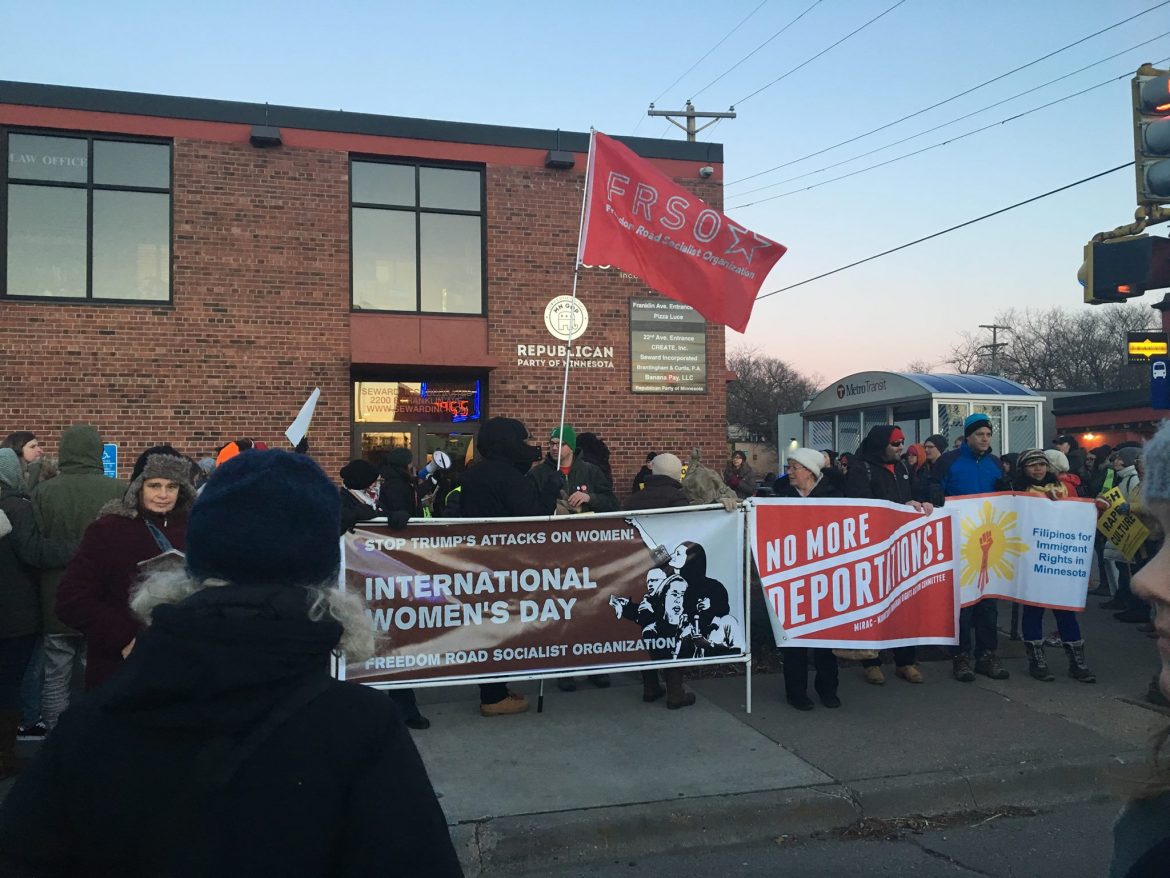 Join Freedom Road Socialist Organization (FRSO) in celebrating this year's most important working class holiday, International Workers' Day. On May 1st, workers around the world unite in rallying together and

Join Freedom Road Socialist Organization (FRSO) in celebrating this year’s most important working class holiday, International Workers’ Day. On May 1st, workers around the world unite in rallying together and celebrating our shared history of struggle and our common interests as working people to fight against exploitation and capitalism.

2018 has already brought astounding fights to the fore, from transit workers threatening to strike during the Superbowl to West Virginia teachers striking statewide to win a fair contract. In the US and around the world, workers are engaged in tremendous battles against austerity and anti-union legislation aimed to limit the right to strike and to gut public sector unions. The capitalist class is united in rolling back the victories won through working class struggle and we need to be united in our resistance. On May Day we celebrate the shared struggles of our class, from the fight to jail killer cops and oppose racist policing to the movements to block U.S. imperialist aggression overseas and oppose Trump’s anti-immigrant and anti-muslim attacks.

Join us on April 28th for an evening of speeches by movement leaders, dinner and drinks! Then on May 1st, we will take the streets to march alongside immigrants and workers around the world.