From Prison to PhD: A Book Reading 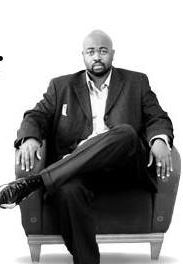 From Prison to PhD: A Memoir of Hope, Resilience, and Second Chances is the inspirational memoir of Jason Marque Sole, a former drug dealer, leader of a notorious street gang,

From Prison to PhD: A Memoir of Hope, Resilience, and Second Chances is the inspirational memoir of Jason Marque Sole, a former drug dealer, leader of a notorious street gang, and a three-time convicted felon who completely turned his life around. Today he is a professor at Metropolitan State and Hamline University, a Bush Fellow, and the Criminal Justice Reform Chair of the Minneapolis NAACP.

On Tuesday, August 2 from 6-8pm, join us at Boneshaker Books to hear Jason discuss some of the significant moments from his life and to read from his new book, From Prison to PhD.

The middle of three children, Jason was raised on the mean streets of the south side of Chicago by a father who was addicted to cocaine and an overburdened mother who was left to pick up the pieces. Tired of having empty pockets, Jason joined a local gang and quickly rose to authority. When he was sixteen, Jason’s mother sent him to live with relatives in Waterloo, Iowa in an effort to save him from the allure of the streets, but his attraction to easy money and a life of crime was too powerful.

At the age of 18, Jason was caught with a firearm and received jail time along with probation. At 21, he was caught with 18 grams of crack cocaine and convicted of second-degree possession of a controlled substance. Jason was released from prison on work-release after serving two years. However, he knew the only way he would ever truly succeed was if he got an education. At the age of 25, he began his undergraduate studies in Criminal Justice and became a tireless community volunteer.

In 2005, he was set up by his best friend and faced over 9 years in prison. He gained a lot of support from the community which helped him secure a downward departure. Jason took the most of his second chance. In December 2006, he earned a bachelor’s degree in criminal justice, followed by a master’s degree just a year and a half later. He is now seeking committee approval to earn his Ph.D. in Public Safety Leadership with a specialization in Criminal Justice.

Jason Sole is living proof that one can overcome the difficulties of poverty, gang membership, and violence. Jason has been a criminal justice educator at Metropolitan State University for seven years and at Hamline University for a year. He is a national keynote speaker and trainer. Through his firm, Jason Sole Consulting LLC, he provides juvenile and criminal justice agencies with the knowledge and resources they need to assist people affected by delinquency, incarceration, poverty, and other social ills. Sole was a 2013 Bush Fellow who focused on reducing the recidivism rate among juveniles throughout the state of Minnesota. In addition, he is the Criminal Justice Reform Chair of the Minneapolis NAACP.