Cherríe Moraga at The Hook and Ladder Theater

02may7:00 pmCherríe Moraga at The Hook and Ladder Theater 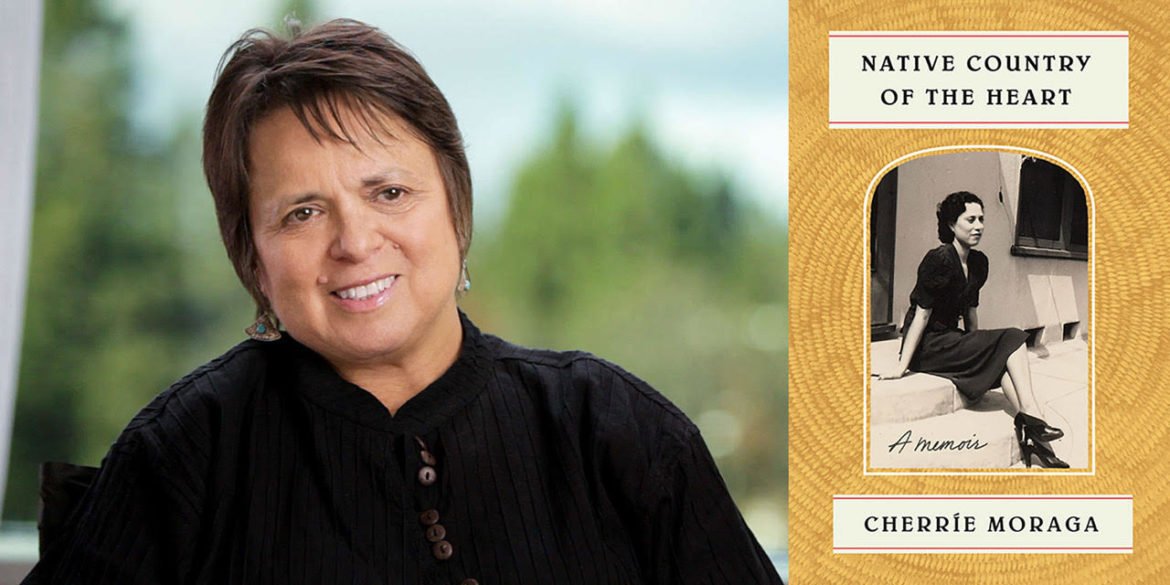 Thursday, May 2 at 7:00pm Mission Room at The Hook and Ladder Theater 3010 Minnehaha Ave, Minneapolis FREE and open to the public! From the celebrated editor of This Bridge Called My Back, Cherríe Moraga charts

Mission Room at The Hook and Ladder Theater
3010 Minnehaha Ave, Minneapolis
FREE and open to the public!

From the celebrated editor of This Bridge Called My Back,

Cherríe Moraga charts her own coming-of-age in her new memoir.

Rain Taxi is pleased to present Cherríe Moraga at The Hook and Ladder Theater, presenting her new memoir Native Country of the Heart. Eileen Myles said “I love Native Country of the Heart’s forthright blending of a bio of Moraga’s intriguing powerhouse mom, Elvira, with Moraga’s own queer evolution.” Dorothy Allison says, “The heart, the soul, familia and tribe, the native country is as narrow as the space between clenched fingers and as wide as the nightlines to the horizon.”
At this special Twin Cities event, Moraga will be in conversation with local author Alexis Pauline Gumbs. Self described as a “queer black troublemaker,” Gumbs is a writer, scholar, and activist who currently teaches at the University of Minnesota. This conversation is not to be missed!
Native Country of the Heart is, at its core, a mother-daughter story. The mother, Elvira, was hired out as a child by her own father to pick cotton in California’s Imperial Valley. The daughter, Cherríe, is a brilliant, pioneering, queer Latina feminist. The story of these two women, and of their people, is woven together in an intimate memoir of critical reflection and deep personal revelation. As Moraga charts her mother’s journey—from impressionable young girl to battle-tested matriarch to old woman—she traces her own self-discovery of her gender-queer body and Lesbian identity, as well as her passion for activism. As her mother’s memory fails, Moraga is driven to unearth forgotten remnants of a U.S. Mexican diaspora, its indigenous origins, and an American story of cultural loss. Poetically wrought and filled with insight into intergenerational trauma, Native Country of the Heart is a reckoning with white American history and a piercing love letter from a fearless daughter to the mother she will never lose.

Cherríe Moraga is a writer and cultural activist whose work serves to disrupt the dominant narratives of gender, race, sexuality, feminism, indigeneity, and literature in the United States. A co-founder of Kitchen Table: Women of Color Press, Moraga co-edited the highly influential volume This Bridge Called My Back: Writings by Radical Women of Color in 1981. After twenty years as an Artist-in-Residence in Theater at Stanford University, Moraga was appointed a professor in the Department of English at the University of California, Santa Barbara in 2018, where, with her artistic partner Celia Herrera Rodríguez, she instituted Las Maestras Center for Xicana Indigenous Thought and Art Practice. She is the recipient of a National Endowment for the Arts Theatre Playwriting Fellowship Award and a United States Artist Rockefeller Fellowship for Literature.

More info about the author and this event can be found here:
http://www.raintaxi.com/cherrie-moraga/

The Hook and Ladder Theater & Lounge