Back To The Future: A trans retrospective in film - then and now 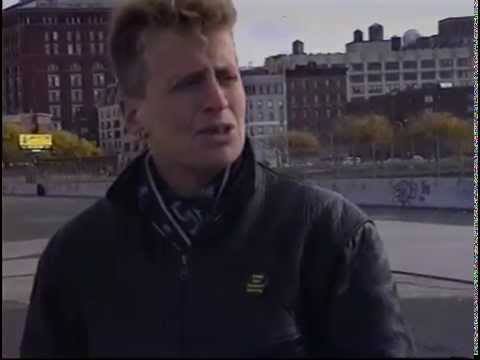 Closing night: Join Gender Reel 2017 and America In Transition Founder, Andre Perez, as we step back in time and watch two amazing films that helped set the tone for

Closing night: Join Gender Reel 2017 and America In Transition Founder, Andre Perez, as we step back in time and watch two amazing films that helped set the tone for the trans/GnC movement we know today: Outlaw (1991) and Queens at Heart (1967).

During the opening of this event, we will acknowledge Transgender Day of Remembrance (Nov 20) and Trans Awareness Week. We will observe the lives of ALL transgender women and men killed in 2017 and specifically read off the names of those victims from the mid-west. We will then hold a moment of silence in honor of those lives lost in an act of violence.

Following the opening, we will screen Outlaw and Queens at Heart. Once these screening are complete, Andre will showcase three America in Transition episodes: Learning to Recognize Myself Again (Ep1), A Family Matter (Ep2) and Called to Serve (Ep3) and facilitate a discussion about the importance of trans imagery in film and how things have evolved over the past 50 years.

— This event is dedicated to all trans/GnC people who were murdered because of hate!

Tickets are $5 a person, but no one is turned away from attending because they cannot afford a ticket. If you are unable to buy a ticket, please contact Joe @ genderreelfest@gmail.com and he will place you on the Will Call list (please include the words: “I need a ticket” in the subject line of email). For those who can buy a $5 ticket you can do so at the door or in advance @ http://genderreel2017.bpt.me/

Outlaw: Leslie Feinberg, a self-identified “gender outlaw” who has spent much of zir life passing as a man, speaks with passion and intelligence about zir experiences in this video manifesto. Raw and confrontational, this film asks its audience to examine their assumptions about the “nature” of gender and calls for more sensitivity and awareness of the human rights and the dignity of transgendered people. Feinberg is the author of STONE BUTCH BLUES (Firebrand), an account of a working-class lesbian who passes as a man.

Queens at Heart: Produced in 1967, this amazing short introduces us to Misty, Vicky, Sonja and Simone—four pre-op trans women who are subjected to a six-month psychological project about their personal lives. Queens at Heart offers a rare and poignant glimpse into pre-Stonewall queer life as it takes us to a New York City drag ball and follows the girls through their daily lives.

— Learning to Recognize Myself Again: Arkansas: The threat of violence is an everyday experience for trans people. When Tiommi Luckett’s worst fears come true, she struggles to reconnect with the bold, adventurous woman she’s always been against a backdrop of self-imposed isolation. Episode addresses HIV criminalization, sexual violence, and healing from trauma (Ep1)

— A Family Matter: Milwaukee, WI: Dezjorn is a pretty boy. After modeling from infancy, his mother struggles to understand why her child wanted to become a man. Even as he became a transgender public figure, he hid his gender identity from his mom. Now they are trying to understand one another before it’s too late. Episode addresses family acceptance and social transitioning. (Ep2)

America in Transition (AIT) is a documentary series and community engagement campaign that explores community, family, and social issues for trans people of color across the United States.

Director, André Pérez, is an oral historian, educator, filmmaker, and community organizer who founded the Transgender Oral History Project in 2007.

This program is co-produced by Gender Reel and America In Transition.

Partial proceeds from the sale of tickets will be donated to AIT.