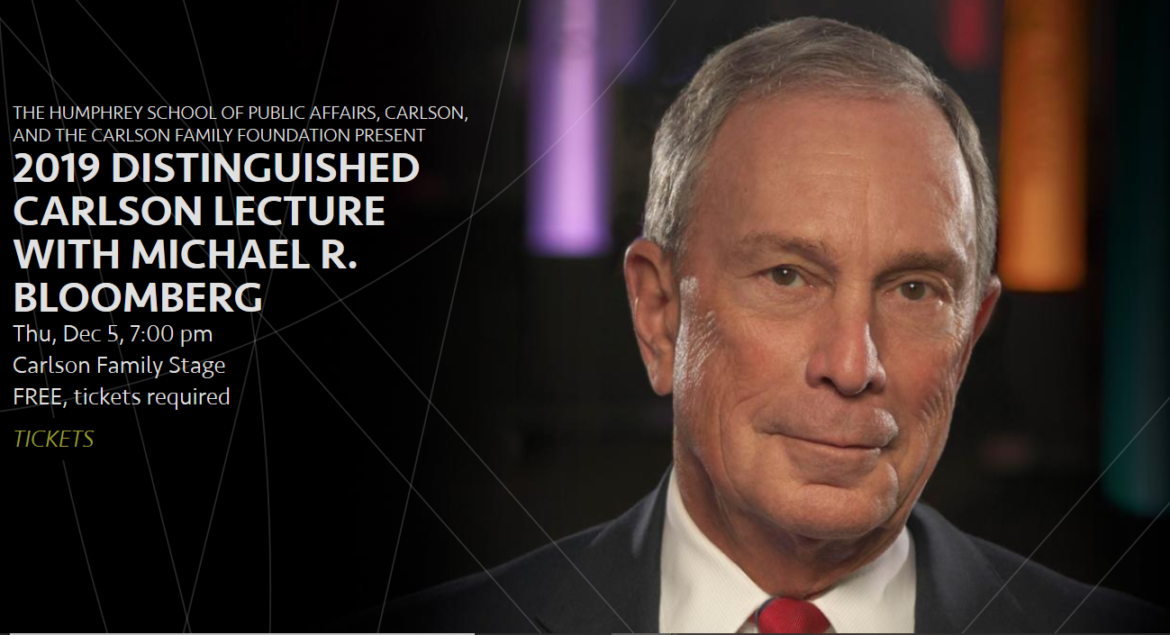 Join us for an evening with Michael R. Bloomberg, entrepreneur, philanthropist, and 108th mayor of New York City.

Michael R. Bloomberg is an entrepreneur and three-term Mayor of New York City whose innovations in government and philanthropy have made him a global leader on climate change, public health, education, and other critical issues facing America and the world.

After leaving City Hall, he resumed leadership of Bloomberg LP, the information technology startup he launched in 1981 that revolutionized the investment industry. The company has grown from a one-room office to employ nearly 20,000 people at 176 locations in 120 countries.

Bloomberg has been strongly committed to philanthropy throughout his career. His foundation, Bloomberg Philanthropies, employs a unique data-driven approach to its five main focus areas: public health, education, the environment, the arts, and government innovation. He has given away more than $6.4 billion in his lifetime.

For nearly four decades, the Humphrey School of Public Affairs, with support from Carlson and the Carlson Family Foundation, has presented the Distinguished Carlson Lecture Series, bringing to Minnesota world-renowned speakers to participate in a forum dedicated to the presentation and discussion of the most important policy issues of the day.