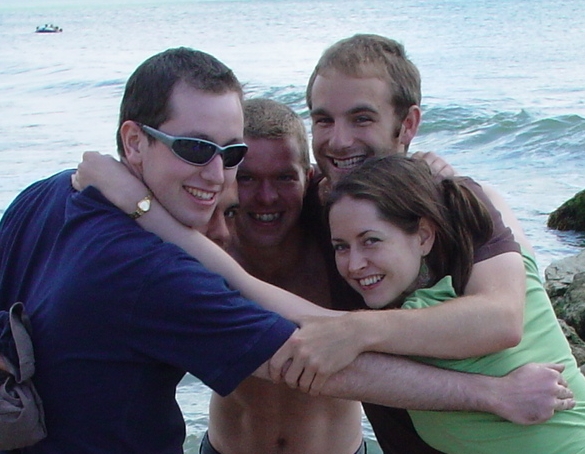 One of my friends, who’s a straight woman, has a lot more guy friends than girlfriends. It’s clear to me that a lot of her guy friends have crushes on her, and she admits as much when I ask her. I feel bad for these guys, and have hinted to my friend that she should go easy on them and not hang out with them as much. That idea just irritates her, though: she says she’s being completely honest with these guys and they can take care of themselves. I can’t disagree that she’s being honest—but still, somehow it seems unethical, like she’s taking advantage of these guys. Do you agree?

Honestly, it doesn’t sound to me like she’s taking advantage of them, unless she’s picking them off and having sex with them whenever she feels like it, just because she can. It doesn’t sound like this is happening. Also, if she’s leading on any of those with crushes, to think she might be into them as well, or might be later, but “I just don’t really know yet, sigh”…then yes, it would suck to be them. But these are scenarios that aren’t happening if she is being completely honest, and you acknowledge she is…so from there on out, I do think it’s mostly up to her how much time she spends with them, sorry to say.

I know this can be painful to watch, seeing the poor guys suffer. But they also have a choice to not spend as much time with her if it’s too painful for them to bear, bearing their unrequieted crush. And it is valid for you to make these observations to her: to go easy on them, but then try to just let it go. It’s their thing, not yours. Try not to get too involved—they can take care of themselves, it’s true. I’ve known at least a couple women (or men) who hang out as friends with those they know have crushes on them. And the ones with crushes know the situation but go in willingly. Granted, they may be nursing false hope, but that only lasts so long before they get tired of it and look elsewhere—as long as she does not lead them on.

Put yourself in the guys’ shoes for a second—or even hers. Would you want a friendship to falter, or fade away, just because of a silly little crush? Wouldn’t that be much ado about nothing? The friendship can sustain through the attraction, and everyone knows this—they’re all adults. I’ve seen the same friends mentioned above who spend time with people who have crushes, have deep long friendships with them over decades.

However, if a guy just can’t take it, your friend will of her own volition spend less time with him, because it will be annoying to her—or he may opt out because it makes him heartsick to see her and not have his feelings reciprocated.

So, if you really still feel the need to be involved, and can’t continue to watch, I’d recommend you try talking with the guy friends who have crushes, note you empathize with where they’re at, ask how they’re doing, and recommend they spend less time with her, if it’s too painful. Who knows? You just might pick up some of the rebounds!