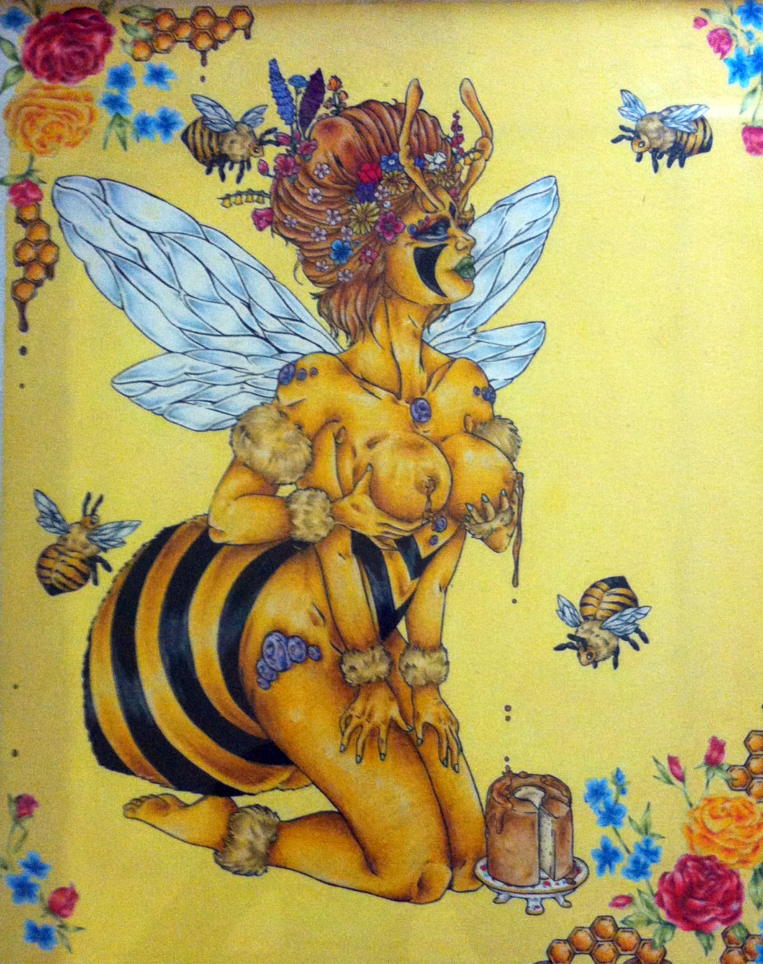 I like drawing naked people. I always have. It’s liberating, it’s freeing, and I feel honest in doing it. I also like drawing these people engaging in sexual acts or at least appreciating their sexuality—it’s just so much fun.

Growing up I never got a negative reaction to this; the most protest I’ve ever received has been from my mother, who only says, “Why do you always have to draw so many penises?” I was never scolded by teachers for drawing boobs, and I don’t think they were even paying enough attention; my parents never sent to a therapist for drawing sex everywhere, and I’ve never been called a pervert by my classmates. In fact, I think they thought it was funny.

I’ve been in over 30 exhibitions, and only three of them have been erotic-themed. I’m not complaining; it’s wonderful that I get the chance to show any artwork at all, regardless of the subject matter, but I’ve been rejected from galleries and exhibitions because most, if not all, of my artwork has a salacious edge to it. The only reactions to my art that really offend me are when people assume that I have no idea how to determine when and where erotic content is appropriate. It’s patronizing and demeaning to me that people assume that I can’t make a mature decision concerning who should be able to see my artwork. (Personally, I don’t care if kids see my artwork. It’s their parents who make that decision.) I learned early on in my career how to gauge subject matter for a particular audience, and while it’s all about trial and error, you have to learn quickly.

This year I was invited to participate in the annual Art Sex show at the Smitten Kitten, and I was honored. I’m always honored when someone invites me to show my artwork; it’s so nice to be thought of. I was in the show last year but I didn’t get to go because I got sick; I was always so bummed that I couldn’t make opening night, and I prayed that I’d get a second chance. I knew exactly what I was going to submit, and I was even asked to submit more after the fact. This was the first time my intensely sexual artwork had been so greatly desired. I knew that I wasn’t going to be asked to tone anything down or be parented about content; I would be showing to an audience that wanted the sexy stuff and showing with other artists that liked creating erotic art as much as I do.

I spent the evening of the show surrounded by tons of supportive and excited people who came out to show their enthusiasm. I engaged in conversations about flogging and gender politics and ate a cookie shaped like a butt. I spent hours talking and catching up with friends and it felt nice to be in a safe, sex-positive environment; I was so comfortable and at home. I honestly couldn’t think of a better show to end 2012 with; it was the highlight of my year and I hope to be invited back in 2013.