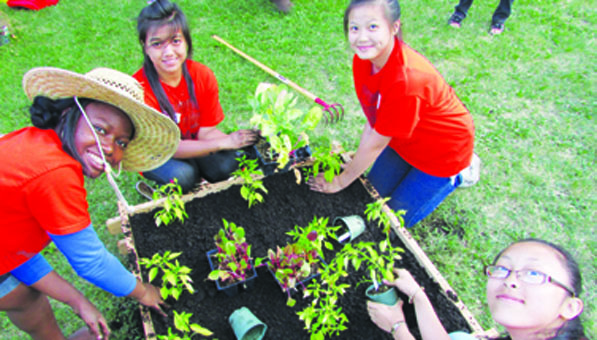 Encouraging and empowering urban youth to entrepreneurship: That’s what Michael Chaney does, and he’s been pretty good at it over the past several years with a refreshing approach to helping youngsters help themselves to productive options for their futures and that of the community.

A grassroots initiative, Project Sweetie Pie (www.projectsweetie.org), that he began on a shoestring now has healthy support and prestigious recognition, not the least being honored by “Art of Collaboration: Community Development Reception and Awards Program”, an event sponsored by LISC (Local Initiatives Support Corporation).

Not much of one to go in for pomp and circumstance, Chaney is less impressed with any conveyed status than he is with what this can do for his work bringing, as his website says, “healthy food, vigorous exercise, intergenerational learning and new community engagement” to area youth. He speaks pragmatically, off the cuff, stating, “It’ll help grease the wheels in terms of validation from the power structure,” which, in turn, goes a long way to strengthening future funding.

He compares this to his past work for which he also is being honored: specifically, the Twin Cities’ renowned Juneteenth Festival.

“I’ve been under the radar 30 or 40 years in this community. Many people may know about my work but not know I had a role to play in [it].” Much as Michael Chaney is loathe to indulge a great deal of hoopla, he nonetheless makes no bones about claiming what’s his. 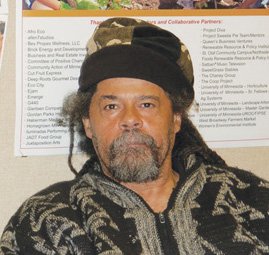 In 1984, while a camera operator at KMSP-TV (now FOX), he recalls, speaking matter-of-factly, “[I] put forth concept. That was my brainchild. I birthed the idea [and] spent 18 years of life blowing it up to where, at one point, it was the largest African American celebration in the state. There were film festivals at the Walker, art exhibits at the Institute of Arts. Forty thousand people in attendance.”

Chaney remarks that he used “the same m.o.” for Project Sweetie Pie. “Awards don’t feed anybody, but whatever resistance from the system — whatever lack of response — once you get the recognition [that changes].

“For instance, Juneteenth didn’t really take off until the Walker Arts Center [acknowledged] it,” explains Chaney. “Then, all of sudden it was validated as having purpose.” He believes Project Sweetie Pie will benefit accordingly from being in LISC’s spotlight.

“Urban farming,” he continues, “is a means to an end. It creates economics [as well as] a value system and work ethic within our community.” It also counters what he feels is an old problem. “This serves as an antidote to the poison that we [experience] as African Americans, the mythology that the larger, dominant community tries to spread upon us of self-defeat, of low self-esteem. That we’re not capable.”

Project Sweetie Pie began in 2010. Press materials announced that it “will be revitalizing North Minneapolis using scattered gardens to seed community agricultural businesses. Join us as we work together to bring the key to our success…our youthful leaders. They will learn and then figure out new directions for our community. We will follow them to a more prosperous era. Join us as we plant the seeds of change.”

Sure enough, it is proving to be change in which one actually can believe. An AfroEco and Project Sweetie Pie Innovations Lab in March attracted 175 participants to affirm a vision that includes gardens at upwards of 20 sites, partnering with churches, schools and community organizations.

There also is support from Myron Green of the E. J. Henderson Foundation, Ed Erwin of Youthrive, and more. As an indisputable sign of mainstream acceptance, the project was present at this year’s Minnesota State Fair, long a high-profile, major venue and point of contention for minority businesses who feel they are underrepresented at the event. Since the State Fair, Chaney notes, “I’ve had a number of organizations see value [in the project].”

The bottom line for Michael Chaney is for Project Sweetie Pie to work in the interests of youth. “We want young people to become food producers.” This, it goes without saying, is in the interest of us all.

“We want our communities to be healthy, robust, and filled with nutritious, local, organic food and creative happy families,” says Chaney.

The Art of Collaboration: Community Development Reception and Awards Program is free and open to the public. For more information call 651-265-2292