There are a lot of ways to subsidize a thing. We subsidize homeownership with tax breaks. We subsidize corn production with price floors. We subsidize highway driving by transferring billions of dollars a year from the general fund to the foundering Highway Trust Fund. Whether or not you agree with these policies, they’re visible and quantifiable. But some subsidies aren’t so easy to see and measure.

Take the Hennepin-Lyndale spaghetti bowl (HLSB). Just north of the Wedge neighborhood, the HLSB is a mess of undulating streets and arcing flyover ramps to and from the freeway, and wide swaths of dirty, grassy land between and underneath them. This is a subsidy, too. We’re devoting a big chunk of public land — maybe three city-blocks’ worth — to speed up cars in the middle of the city. It’s not a line item in anyone’s budget. I haven’t seen anyone estimate the property tax revenue that the city is forfeiting by prohibiting development here. But the opportunity cost of it is still there, even though it’s hard to see.

It’s hard to see for simple reasons. At any given time, almost everyone in the HLSB is speeding through it in a car. This high-speed perspective distorts their perception, making the HLSB seem smaller than it is. They’re also benefiting from the HLSB. Wherever an HLSB-user is going, their trip would take longer if they had to go through a few more blocks of streets with sidewalks and traffic lights. People who would benefit from the dismantling and re-development of the HLSB — pedestrians, cyclists, aspiring renters and homeowners, local businesspeople — have little reason or opportunity to stand in the middle of the bowl and imagine something different. The owner of the now-closed Rye Deli said his restaurant wasn’t consistently busy enough to stay in business. He didn’t mention the human-hostile infrastructure right across the street.

I, however, have free time and a camera. So I went and did the work for you. Here’s what three blocks of nearly human-free space looks like: 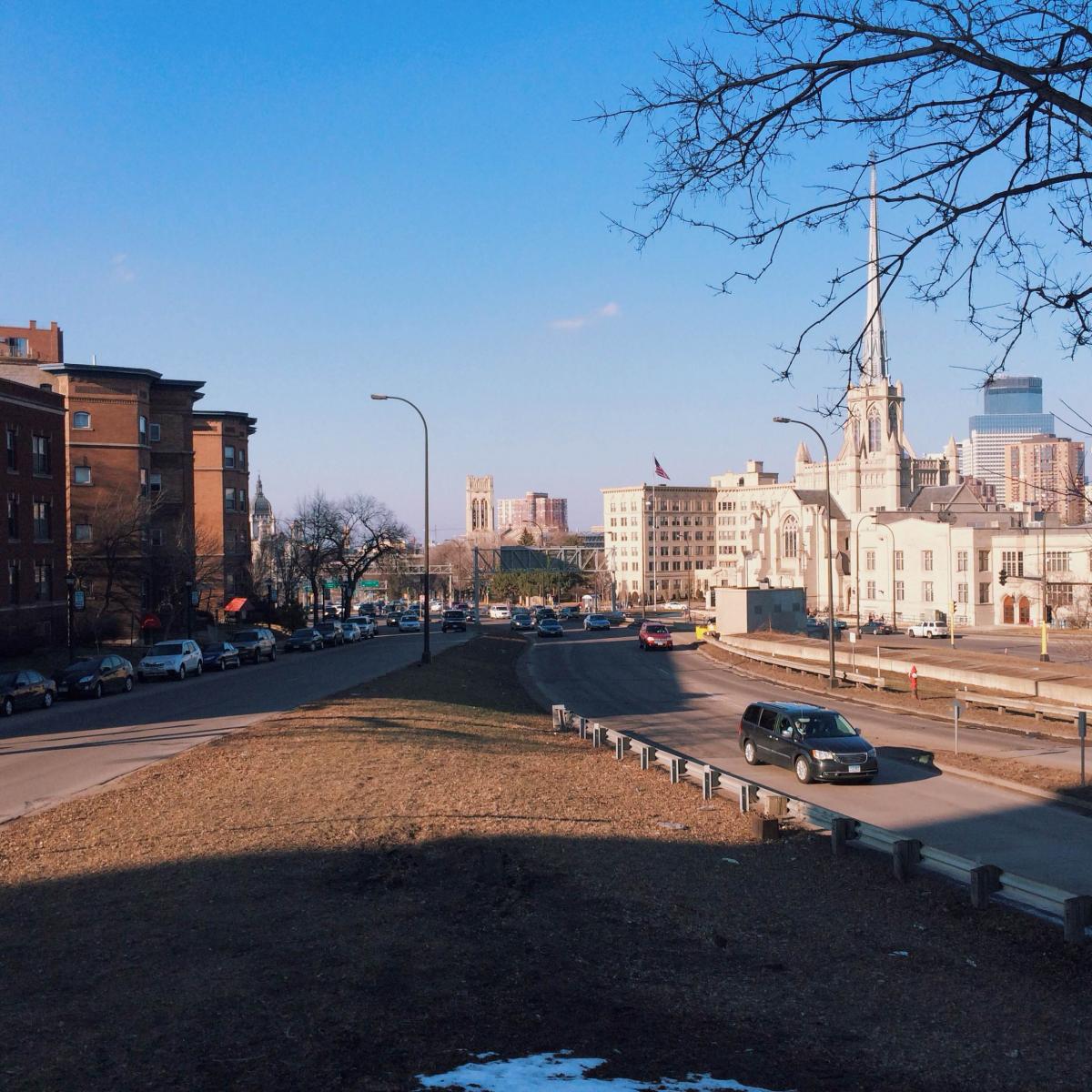 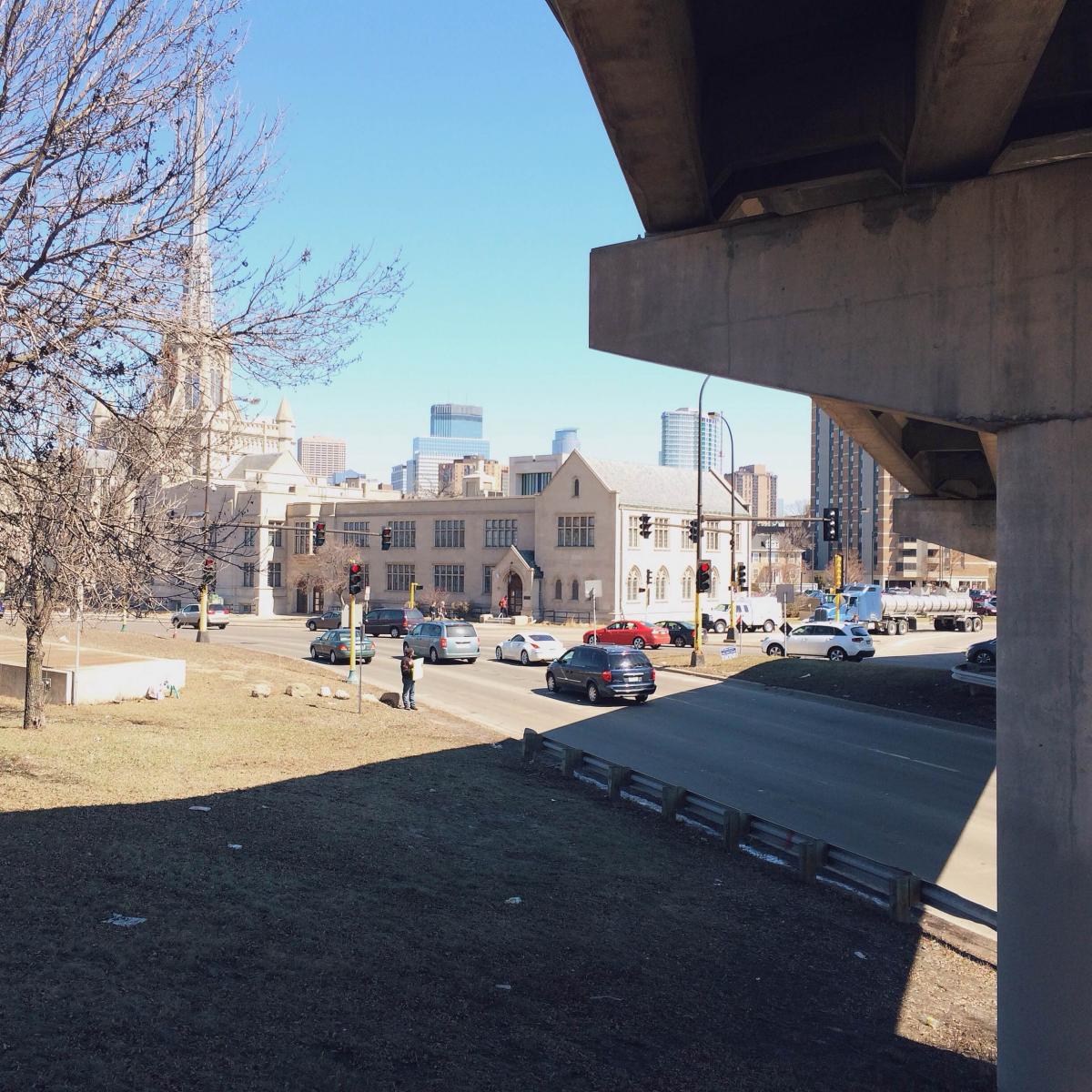 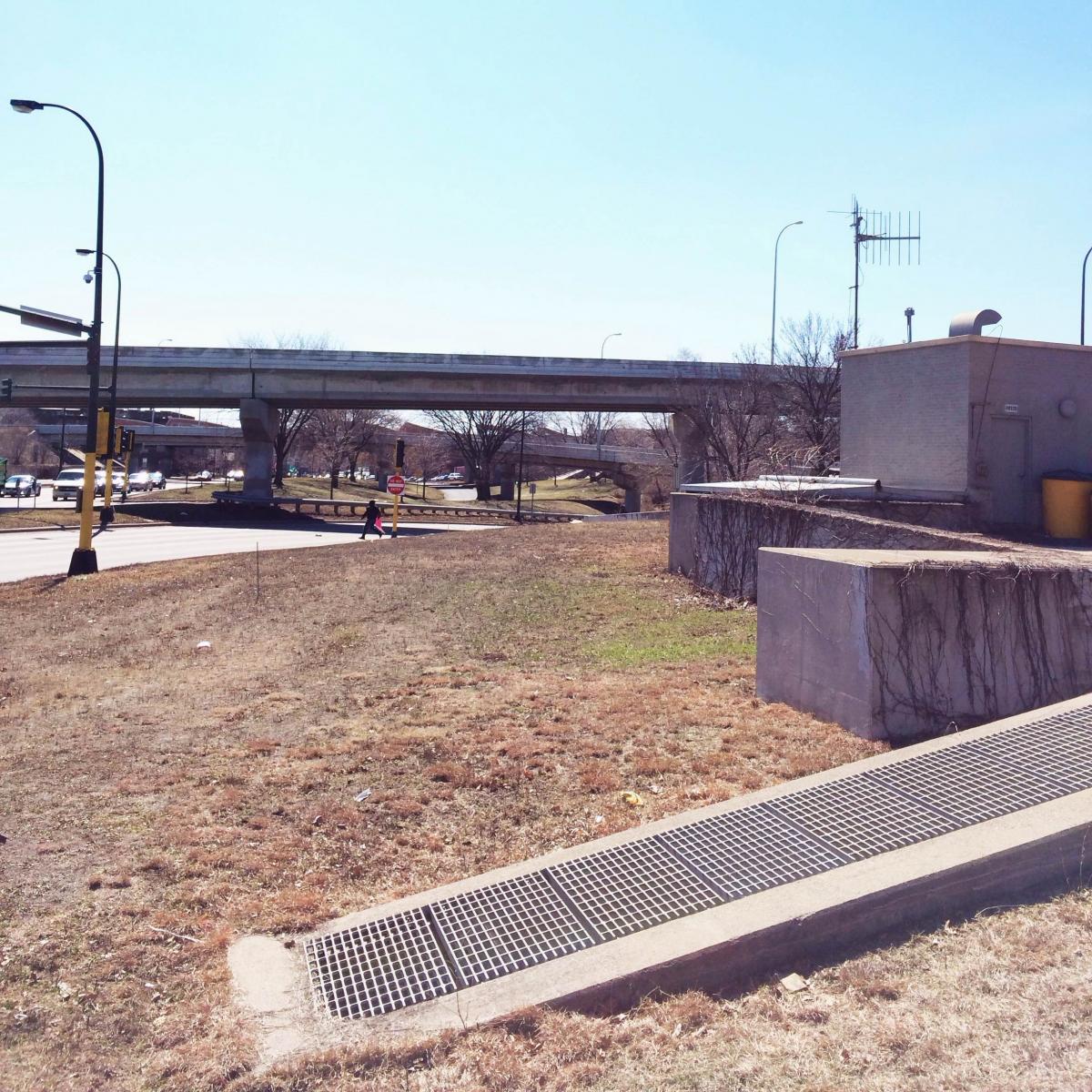 Standing in the spaghetti bowl facing south. A panhandler jogs across the street in the background. 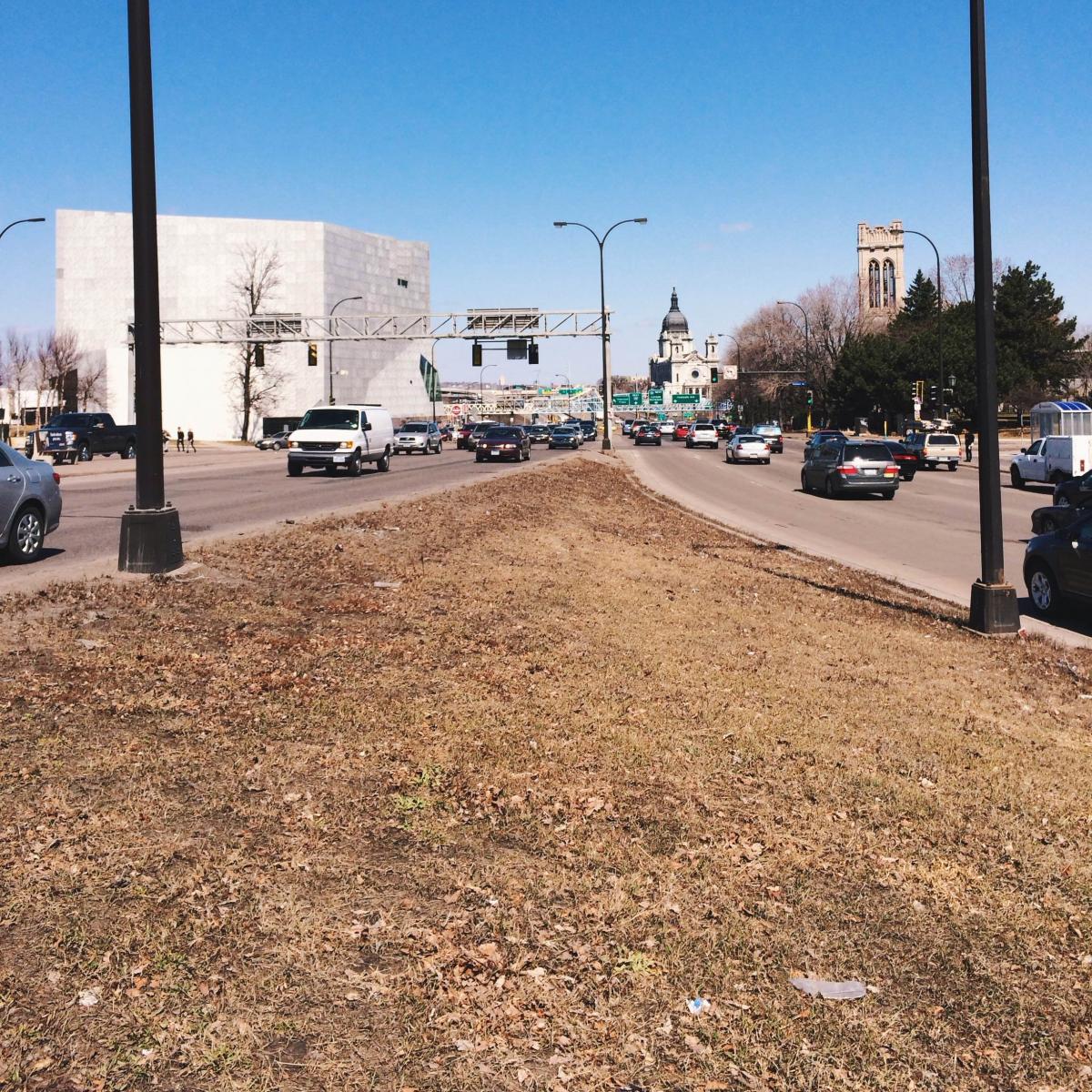 Standing in the spaghetti bowl facing the bottleneck to the north.

If we sloppily copied the land use of the surrounding neighborhood and pasted it into the HLSB, it would look something like this: 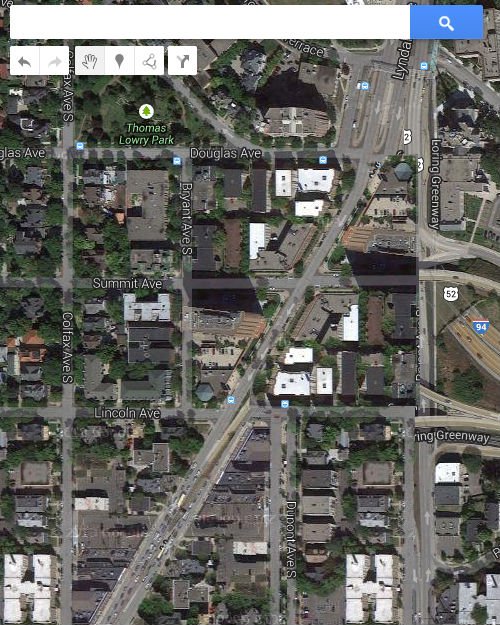 If you want detailed and professional plans for reforming freeway access here, you can read the proposals by Adam Froehlig and Joe Polacek. Ethan Fawley at the Minneapolis Bicycle Coalition has specific complaints about the bottleneck’s $9.1 million reconstruction project. David Levinson and Brendon Slotterback have written about more radical solutions for the bottleneck.

So that’s my spiel for redeveloping the HLSB. I anticipate a counter-argument: that the flyover ramps are necessary for the transportation network, and that they keep traffic moving quickly. In response, I’d say we need to step back and remember what transportation is. At last night’s Theater of Public Policy at the Bryant-Lake Bowl, David Levinson said that transportation is about moving from point A to point B, and speeding up travelers is only one way of improving a network. Another way is to let there be more As and Bs closer together. When destinations are nearer, people will be able to make shorter trips by more efficient modes of transportation, and the network will actually be better.

Do you like Minneapolis? Do you want there to be more of it? Then let’s drop the spaghetti bowl and sharpen the edge of the Wedge.