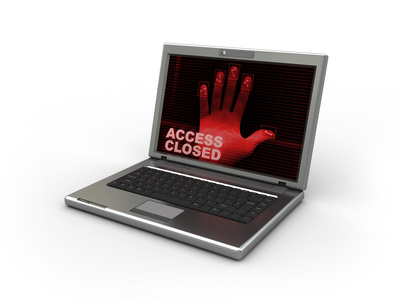 GangNet, the controversial database system that tracks gang members in Minnesota based on a 10-point criteria system, is going out of commission on August 15 by order of Ramsey County Sheriff Matt Bostrom. The demise of GangNet does not mean the end of extensive law enforcement databases including people not charged with or convicted of crimes, according to experts. The shutdown of GangNet offers insight into what can go wrong with such databases and raises questions about other efforts currently underway.

GangNet’s use by law enforcement agencies has dwindled since the Metro Gang Strike Force was shut down in 2009, according to Ramsey County Sheriff’s office public information officer Randy Gustafson﻿. That closure came when the Minnesota Legislative Auditor’s office found at least $18,126 in cash and 13 vehicles that had been seized by Strike Force officers missing, according to the Star Tribune.

The end of GangNet probably will lead to an end to the Gang Pointer file, which was for the most part entirely comprised of GangNet data, according to Dana Gotz, the Executive Director of the Minnesota Justice Information Services, which manages information services for the Bureau of Criminal Apprehension (BCA)﻿. With the two main gang database systems closing down, questions remain about what new systems will take their place, and how civil liberties will be safeguarded under these new systems.

Professor Nekima Levy-Pounds, who was at the forefront of criticisms against GangNet through her work at Community Justice Project (CJP) of the University of St. Thomas School of Law, said: “We were glad to be able to shed light through our reports but the community played a tremendous role in not only expressing their concerns, but also showing up at legislative hearings and making data base requests.”

In 2009, CJP was able to shed light on some of the criticisms about GangNet and the Gang Pointer File, according to Levy-Pounds. Questions about the accuracy of the information, accusations of racial profiling, lack of protocols and safeguards for the public, and the fact that an audit had not been done were all points that CJP raised.

Last year, Levy Pounds participated as part of the legislative SF2725 Workgroup that looked at gang databases in Minnesota and made recommendations to the legislature and to the Violent Crime Coordinating Council. The SF2725 Workgroup met from August 2010 to January 2011, and during that time they had a chance to meet with different stakeholders, from law enforcement to criminal intelligence data. (See the workgroup’s recommendations here.)

Gustafson said Bostrom’s decision to discontinue GangNet was because of how controversial it has become, but also that it wasn’t being used. Bostrom and sheriff’s office staff made inquiries to different law enforcement agencies throughout the state, and at first didn’t receive responses about their utilization of GangNet. They sent another inquiry out, and found that many agencies had not been putting information into GangNet for 6-12 months.  “Really no additional information has been added to it since the first of the year,” Gustafson said.

“We want to do our best to share relevant information about our communities’ most violent offenders,” said Sheriff Bostrom in a statement sent through Gustafson. “That is what the Ramsey County Sheriff’s Office is working to do, and we found that GangNet wasn’t the best vehicle to do that.”

Gustafson said the information that was in GangNet will go back to the agencies that initially put it in.  “They’ll keep track of the information on their own,” he said.  The sheriff’s department will repurpose the GangNet server, and move it so some other purpose, he said.

Bostrom’s decision to end GangNet was based on conversations with law enforcement agencies as well as the NAACP and ACLU, Gustafson said, though there was no formal report by the department. “We looked at all the different issues and program in the office here,” he said.

If a new database system emerges for tracking gang members, it wouldn’t be run by Ramsey County, according to Gustofson.

Most of the records, Gotz said, came from the Metro Gang Strike Force, and all of the information that was in the Pointer File came from GangNet.  Information from the Pointer File, in turn, could then be accessed by the BCA’s Law Enforcement Message Switch (LEMS), which manages numerous databases, including wanted persons, criminal history, predatory offender lists, driver information, and more.

Right now, there are only about 2,000 records left in the Pointer File, since no new records have been submitted since the Metro Gang Strike force disbanded, according to Gotz. The records that are left have to be reviewed every three years, before they are purged out of the system.  Then next purging process happens in August, which means about 1300 additional files will probably be purged.

“We have to be able to verify with the original file,” Gotz said.  “With GangNet going down, we’re not able to verify the accuracy of those records.”

The next step for the BCA is to audit the remaining files, and if there is no verifying information, all of the files in the Pointer File will be purged, Gotz said.  “GangNet was the only system feeding it.”

So what will replace GangNet and the Pointer File?  A new Minnesota statute,  (299A.642﻿) passed in 2010 authorized a Violent Crime Coordinating Council.  The new council looked at tracking violent offenders overall.

Because of all the consternation about GangNet from different sources, Bostrom decided to eliminate the system, Gotz said, and the Violent Crime Coordinating Council is starting fresh.

What form will a new tracking system take?  Gotz said there are a lot of possibilities.  The BCA’s own record system has a gang module, and a violent crime module, and there’s the Minnesota Joint Analysis Center, a National Fusion Center.  “One thought would be that maybe it should be up to [MNJAC},” Gotz said.

“There are a number of databases in existence,” said Professor Levy-Pounds. “I don’t feel there is adequate regulation or adequate safeguards. I still think it’s an important piece for people to watch.”

Part of the problem, Levy-Pounds said, is that the legislature is two or three steps behind the trends of criminal intelligence data.  “If they fall behind, and databases crop up and go unregulated, privacy is not safeguarded,” she said. “When that begins to happen, there’s an erosion of civil rights and civil liberties… Tt doesn’t just affect criminals. It affects everyone.”

Robert Sykora, chief Information officer for Minnesota’s Board of Public Defense, served along with Levy-Pounds on the SF 2725 Legislative Workgroup.  He said he has concerns not just about GangNet, but about broader issues of police compiling information in databases about people who haven’t been convicted of a crime.  “It’s moving to other areas,” he said.

License plate readers, for example raise huge red flags in terms of tracking the movements of normal citizens, especially since the information can be accessed from anyone through a Minnesota Government Data Practices request, according to Sykora, who also has concerns about a new proposal to federalize all local police records.

“GangNet was a problem,” Sykora said, “but it’s only one part of a problem. It might be an ex-problem because it was subject to scrutiny, but there are other closely related problems.”

The license plate readers are already in use by the Minnesota State Patrol, and also by a number of police departments in the state. A BCA document says that 400,000 Minnesota license plates photos are on file, but also says the information is restricted, rather than public:

Not only are there serious questions about privacy protections for ordinary citizens, but Sykora questions how useful all that data really is.  “The tendency now is for these agencies to collect more and more data.  More hay in the haystack won’t make it easier to find the needle.”