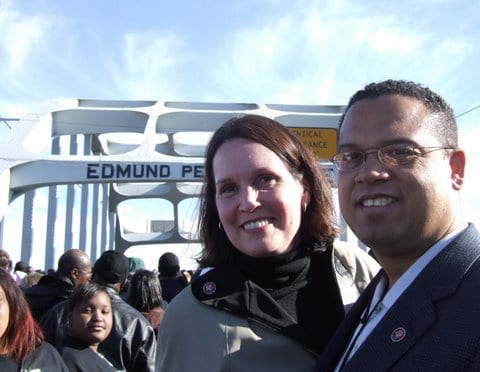 A bill to repeal the Defense of Marriage Act [DOMA] was introduced in the U.S. House on Tuesday, garnering 92 cosponsors including Minnesota Reps. Keith Ellison and Betty McCollum. The bill would direct the federal government to recognize same-sex marriage performed in states where the practice is legal.

“[DOMA] does real harm by denying thousands of lawfully-married same-sex couples the federal rights and benefits that only flow through marriage. Many of these include the protections couples turn to in times of need, like Social Security survivors’ benefits, medical leave to care for an ailing spouse and equal treatment under U.S. immigration laws,” said Human Rights Campaign president Joe Solmonese on Tuesday. “Today’s introduction of legislation to repeal DOMA is a welcome step, and as more states recognize the commitment of loving same-sex couples and their families, it’s time for this law to go into the history books where it belongs.”