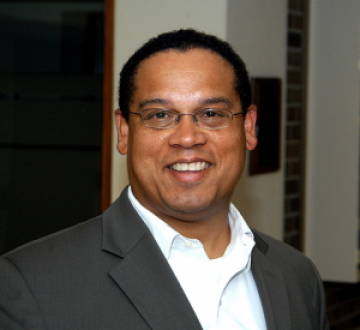 Rep. Keith Ellison has been a staunch supporter of a public option for health care reform and says the policy still has a chance of making it into law this year. Ellison signed on to a letter by Rep. Jared Polis, D-Colo., that urges the Senate to use reconciliation to pass the public option. And momentum is building among Democrats – Rep. James Oberstar and Sens. Al Franken and Amy Klobuchar have all indicated support for the public option.

“There’s not one legitimate argument against the public option except that it cuts into corporate profits,” Ellison told the Minnesota Independent. He said that “corporatists” are working to sabotage the public option.

Ellison notes that the Senate bill in its current form is problematic. “It has big problems. The state exchanges don’t allow for price reductions, and it doesn’t contain public option.”

But he’s optimistic the public option can pass.

“I think it can,” he said. “It will depend on how much energy people put behind it.”

Ellison is putting his own energy behind it. When recent snowstorms shut down Washington, he spent time with constituents drumming up support for a public option, and this morning he’s been using Twitter to rally supporters around the issue. “Progressive! Don’t be discouraged; be ENCOURAGED,” one of his tweets read. “Public Option is within grasp if you ACT NOW! Call your Senator!”

While many Democrats have felt nervous about health reform’s prospects following the election of Republican Sen. Scott Brown in Massachusetts, Ellison said the public option was in trouble well before that. Now, Democrats have to try different strategies to get their reforms passed. One is the reconciliation process that bypasses the filibuster.

Of that strategy, Ellison said, “Wouldn’t it be ironic if it took the loss of 60 votes in the Senate to put the public option back on the table?”