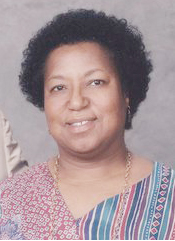 People of African heritage in Minnesota experience higher rates of chronic disease, morbidity and mortality compared to nearly every other cultural group in the state, according to fact sheets compiled by the Minnesota Department of Health. Yet, despite these dismal facts, which would discourage some and certainly overwhelm others, there are women champions in our community.

One such champion is Dr. Wilhelmina Holder, executive director of W.I.S.E (Women’s Initiative for Self-Empowerment), who work diligently every day to improve the health status of Minnesota residents of African heritage, and to reduce disparities among them and other cultural groups in the state, particularly residents of European American descent.

Growing up in her native country of Liberia in West Africa, Dr. Holder learned from concrete experience that access to health care can improve health statistics and save lives. “I am driven by the teachings of Jesus Christ,” she says when asked of her personal and professional motives.

The country of Liberia erupted in civil strife in 1989 when the National Patriotic Front of Liberia, a rebel group led by Charles Taylor, launched an insurrection against its then-leader, Sergeant Samuel Doe of the Krahn ethnic group and his administration. Soon afterwards, a civil war erupted.

From 1989 to 1996, the Liberian people experienced one of Africa’s bloodiest civil wars, which claimed more than 200,000 lives and displaced a million others into refugee camps in neighboring countries. Eventually, many of the displaced Liberians were granted asylum in the United States and settled in Minnesota. To date, the Minnesota Department of Health (MDH) estimates that 25,000 Liberians live in Minnesota, most of whom live in or near Brooklyn Park and Brooklyn Center.

“I grew up in a family of leaders in Liberia,” says Dr. Holder, “a developing country with a high poverty rate, poor health services, and at least 25 percent of children died before they were five years old. My observation of young children returning to the hospital with common preventable diseases at Kenyatta National Hospital in Nairobi, during my externship from McGill University in 1972, made me decide to specialize in public health and preventive medicine and to work in inner-city communities of poverty addressing the needs of disenfranchised populations,” Dr. Holder says.

Though Dr. Holder acknowledges that her approach to reducing and eliminating health disparities is not “unique,” it is nonetheless crucial to improving the health of all Minnesotans. The answer is straightforward, she insists: Increasing the number of physicians and healthcare staff who represent the culture and experience of the patients served will increase the likelihood that these patients seek early care, utilize existing health care systems, and invest in long-term relationships with their providers.

Policy makers and advocates agree with this logic. In October 2012, Dr. Holder was selected to receive the Lou Fuller Award for Eliminating Health Disparities — a distinguished award given to an individual or organization who demonstrates outstanding commitment to eliminating health disparities in populations of color and American Indians in Minnesota.

Lou Fuller, a woman of African American heritage and former leader of the Office of Minority and Multicultural Health for the Minnesota Department of Health, spoke passionately about the vast disparities that exist in Minnesota, finding it unacceptable that such disparities could exist in one of the healthiest states in the nation. Her legacy is continued through the Lou Fuller Award for Eliminating Health Disparities.

While Dr. Holder supports the definition of health as stated by the World Health Organization (“Health is a state of complete physical, mental and social well-being and not merely the absence of disease or infirmity”), she emphasizes that “a community is truly healthy when it offers equal access to not just health insurance and health facilities/services, but when it affords equal access to mental, social and economic and spiritual services,” she says.

Dr. Holder says she remains motivated by the work of eliminating disparities in health because she is determined to achieve successful outcomes. In addition, Dr. Holder is an optimist who says she understands “that changing systems and social change might be slow, but it is achievable.”

Dr. Holder’s current concerns for the health of Minnesotans of African heritage are:

Dr. Holder’s recommendations to the community of people of African heritage is that immigrants of African heritage and African American people should emphasize health in terms of relationships with strong social ties and predictable, regular activities to get a life balanced with moderation, and spiritual wellness with safety, joy, laughter, happiness, unconditional love and inner peace.

Perhaps with Dr. Holder’s emphasis on relationships and peace, people of African heritage will learn to see and accept our common need to heal our bodies, minds and spirits of those pains that continue to remind us of their presence through fact sheets and statistics. Lou Fuller would be proud if we were able to achieve such a reality.