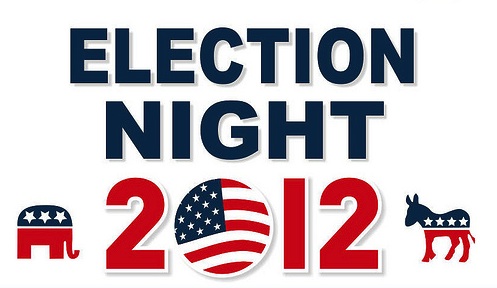 Image by laembajada, published and modified under Creative Commons license.

The morning after: Obama has four more years, but he’ll still be contending with a Republican House of Representatives. Governor Mark Dayton, however, faces the remainder of his term with a DFL House and Senate — a complete turnaround. Minnesotans rejected both the Marriage Amendment and the Voter ID Amendment by convincing margins. Except for Rick Nolan’s defeat of Chip Cravaack in the Eighth Congressional District, incumbents held their places, though Michele Bachmann’s narrow win in the Sixth may mean a recount there.

What do you think about the election results? Share your responses in a quick video here. It’s easy! We’ll publish your reactions here.

CORRECTION 11/7/2012: In the Minneapolis school board contest, while initial results on the Secretary of State website showed Teach For America alum Josh Reimnitz winning, that may not hold. Though the website shows 21 of 21 precincts reporting, three of those precincts are being hand counted, and results will be announced on Thursday morning.

Incumbent Carla Bates coasted to victory with 73 percent of the vote, and Tracine Asberry and Kim Ellison both ran, and won, unopposed.

Midnight: Both amendments are failing, with 49.24 percent yes votes for the Marriage Amendment and 47.58 percent for Voter ID. But the margins are likely to be larger, as the 67.38 percent of votes counted does not include any Minneapolis votes.

Looks like the DFL will take control of the Minnesota Senate, and control of the Minnesota House could go either way. (See Minnpost’s election results dashboard for cool graphic description.)  In the Sixth Congressional District, only a few hundred votes separate incumbent Michele Bachmann and challenger Jim Graves, with 69 percent of precincts reporting. The Eighth District race between incumbent Chip Cravaack (R) and challenger Rick Nolan (DFL) ihas gone back and forth as more votes come in. Nolan leads with 52 percent at midnight, with only 38 percent rof precincts eporting.

In Minnesota, votes are coming in slowly but steadily — the 28.47 percent of precincts reporting by 10:30 showed both amendments losing, but the metro areas have a higher percentage of precincts reporting than rural areas, so that could change. On the other hand — no Minneapolis votes have yet been included in the total, and Minneapolis will have a high percentage of “no” votes on both amendments.

In St. Paul, the school levy referendum has about 65 percent of the vote.

We’ll be updating this election coverage throughout the evening (and night), as well as keeping up with the election via The Uptake’s live feed and CoverItLive blog. Scroll down for the latest!

Minnesota election results will be available on the Minnesota Secretary of State’s website, as they come in, after the polls close at 8 p.m. The results are unofficial until they are certified by the State Canvassing Board, which is scheduled to meet on November 27.

Over at TPT, Mary Lahammer tweeted “My dad who is “calling races” for @AP for his 52nd year tonight says he doesn’t expect to call control of #mnleg until 3 or 4am#tptalmanac“

The Duluth News Tribune reported that the Duluth count will be slow, which will mean slower results in the congressional race between incumbent Chip Cravaack and challenger Rick Nolan, as well as statewide returns. The problem: a write-in campaign in House District 7B.

“The 7B issue arose when DFL incumbent state Rep. Kerry Gauthier dropped out of the race after the filing deadline ended. The Minnesota Supreme Court allowed the DFL party to replace Gauthier on the ballot with Erik Simonson. Already on the ballot was Republican Travis Silvers. Registered write-in candidates are Jay Fosle and David Pipho.”