Over 200,000 people of Mexican descent live in Minnesota. They did not come here for the fabulous beaches and cheap margaritas. They came here because their careers back home were maybe not going so well. At the moment, about half the population of Mexico lives in poverty, as opposed to 10% of the population of Minnesota. Guess what that means: Mexico is a great travel bargain!

There’s no way around the exploitative fact that your tourism dollars go a lot further in a poverty-ridden country. If you don’t feel guilty about how little you paid for that keepsake sombrero in Tijuana, you’re not reading enough Paul Krugman. It just seems like you’re taking imperialistic advantage of Mexico’s economic misfortune, and anyway, shouldn’t you be buying local? 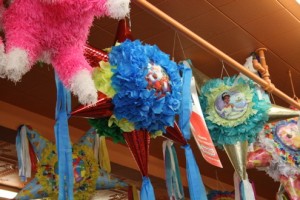 But on the other hand, you might argue, shouldn’t you spend your vacation money in a poor country that really, really needs it, instead of staying home and spending it at the mall?

I don’t know. I’m not reading enough Paul Krugman, either. I’m just going to suggest that we all resolve our cognitive dissonance by heading over to El Burrito Mercado, a Minnesota family business run by Mexican-Americans, thereby supporting both our local economy AND the economy of Mexico. How’s that, Krugman? 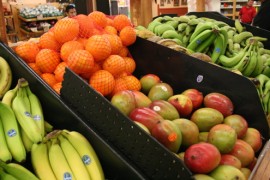 Milissa Silva-Diaz and her family have owned this beautiful, colorful restaurant/grocery/bakery/deli/gift shop on Cesar Chavez Street in west St. Paul since 1979. Her family’s introduction to Minnesota was in the 1950s, when Milissa’s grandma and aunts came as migrants from Aguascalientes to work in the beet fields. Her mom, Maria Lozano Silva, started coming with them when she was ten years old, and eventually moved here, as did her many siblings, all of whom had lots of children.

“It’s a huge family,” says Milissa. “My husband claims he can’t walk a block without someone saying, ‘Hey, primo!’ He didn’t grow up here, so he just takes their word for it that he’s related to them.” 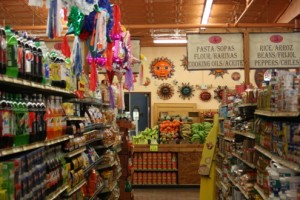 The store is big, but it has the comfortable, welcoming feel of a family business. The people who work there are friendly and bilingual, and the restaurant seems to sport many regulars, having businessy-looking meetings or long chats over lunch. The food is fresh and, I presume, authentic, or at least authentic enough to garner enthusiastic local reviews, including “best Mexican restaurant of the year.” The caldo tlapeno soup was particularly divine on a bleak winter afternoon. Everything we ordered — the sopes, enchiladas, and tamales — was both exotic and familiar. 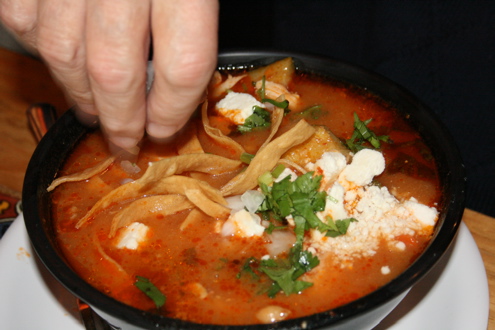 If you’re the kind of tourist who feels awkward about your cross-cultural ignorance when you travel, you don’t have to worry about that here. Milissa and her cohorts act as cultural ambassadors, and they will not think you’re a dumb gringo if you don’t know what to do with a tomatillo. 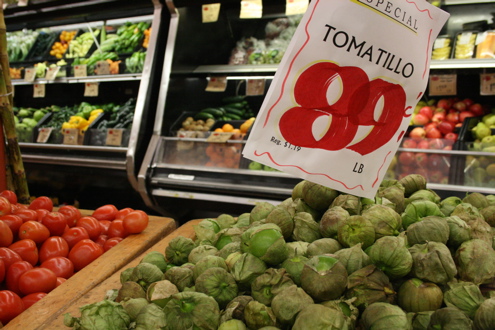 “I love sharing the Mexican experience with people,” says Milissa, whose official job title is Director of Marketing but whose other life work is as a speaker and panelist on diversity issues. (That, and raising her two kids.) El Burrito has a constant influx of school and corporate groups coming for a bit of intercultural exchange, and Milissa is convinced that she’s seen the general attitude of Twin Citians become more open-minded and curious over the years. 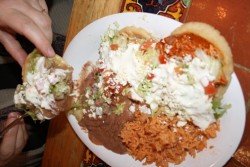 “I want people to come in here and explore,” she says. “We tell tour groups to find at least one item they’ve never seen before and ask questions about it.” Her mom goes to Mexico several times a year to buy the art and furniture that they sell in the store, so there’s endless variety. This is where the “buy local plus support Mexican artists” plan comes in. Win-win.

Milissa is well aware of the contrast between her family’s roots and their current relative prosperity, even though their neighborhood has some tough problems. “We have issues with theft, and unfortunately lots of it is kids,” she says. But her parents have dealt with it admirably. “They’re more about helping the kids, asking them what’s wrong, why are you stealing. They have to call the cops too, of course, but also it’s a chance to help someone. My dad sits the kids down and talks to them. He gives them a taco instead of a scolding.” 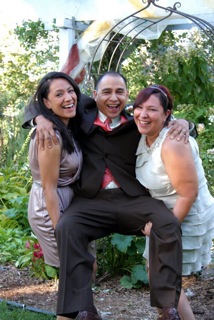 El Burrito Mercado has a newly-developed product line of well-reviewed salsas, chips, and tortillas, an operation headed by Milissa. Her brother Tomas started selling their delicious “Walk A Taco” product at Target Field during the last Twins season.

And, since the whole family is apparently tireless, they’re thinking about expanding, maybe adding a smaller deli-type store. Milissa, her brother Tomas and sister Suzanne are all for it; mom and dad aren’t sure yet. (That’s Milissa, Tomas and Suzanne, left, whooping it up at Tomas’s recent wedding.)

“It’s an interesting time, because my sister and brother and I are at the prime age for wanting to grow the business, and our parents are getting toward retirement age,” she says. “Having a family business is really hard! We have to spend a lot of time in therapy.” She’s kidding, she asserts, but there’s a ring of truth. The Silva clan likes to commiserate with the Frias clan down the block: they’ve been running Boca Chica as a successful family restaurant since 1964. 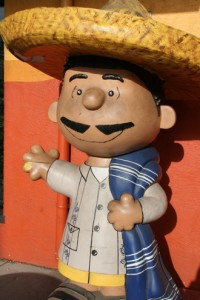 “The main thing is that everyone in the family respects one another,” says Milissa. “We’re happy that our business keeps thriving, even in these not-so-great economic times.”

When she goes back to Aguascalientes, it pains her to see poor kids on the streets. “It’s unsettling and disturbing,” says Milissa, who was born and raised in St. Paul. “But I feel like we can try to make a difference one person at a time, one issue at a time. That’s how we were raised. People helped my parents make it, and now we’re lucky enough to be able to help others.”