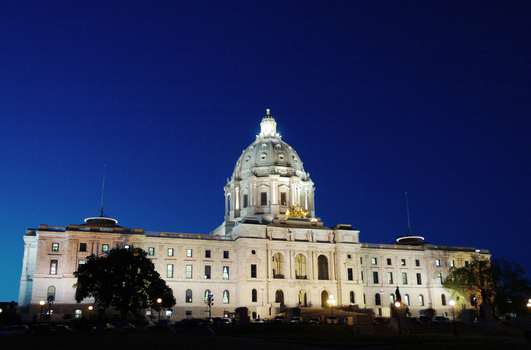 Public schools are required by state and federal law to accept students with disabilities and to make appropriate accommodations for their learning.

So when a district – despite its best of intentions – fails to meet the individual educational needs of such students, where are the students and their families to turn?

That’s an issue Amy Christensen-Bruce grappled with for years before she discovered Academy of Whole Learning. The private school located in St. Louis Park primarily serves students with Autism Spectrum Disorder. Christensen-Bruce said it was the first school that was able gain her confidence that the unique needs of her now fourth-grade son – who has autism – were being met.

Whether he was enrolled at a local public school or a charter school, Christensen-Bruce said her child struggled to learn at the rate she knew he was capable of.

“A lot of the time, there were other kids (with special needs) that would need more attention than him, so he would get lost in the shuffle,” Christensen-Bruce said. “The help that my son needed, it just wasn’t getting done in the public schools.”

Christensen-Bruce believes Academy of the Whole Learning is “getting it done.” But she realizes that because it is classified as a private school, enrollment opportunities are limited for many other families who could benefit from its unique learning environment that specializes in accommodating and adapting to the needs of children with autism.

That’s why Christensen-Bruce supports HF1529, which would establish an education savings account for students with disabilities to use to attend schools that meet their needs.

Sponsored by Rep. Kelly Fenton (R-Woodbury), the so-called “Education Savings Account for Students with Special Needs Act” aims to allow parents to more flexibly use the per pupil education funding allocated to their children with special needs.

Fenton said the bill would give parents of children with special needs the power to choose the best educational options for their kids.

These options include flexibility for parents to choose education-related therapies, tuition and fees at a nonpublic school specializing in a therapy or disability, textbooks and tutoring, or other education resources.

The bill contains a provisions that would allow for the Department of Education to monitor and track expenses of the account to ensure the funds are being spent in accordance with the language of the proposed legislation.

In Christensen-Bruce’s case, the provisions would alleviate the financial burden on her family for her son’s enrollment at Academy of Whole Learning. It’s a school she believes does a better job meeting the requirements of her son’s Individual Education Plan, a federally mandated program for children with disabilities.

“This bill really is a win-win for both parents and school districts,” Christensen-Bruce told the House Education Innovation Policy Committee Friday.

Critics call it a “voucher” system

The committee approved the bill on a roll-call vote divided along party lines and sent it to the House Education Finance Committee. Its companion, SF1313, sponsored by Senate Minority Leader David Hann (R-Eden Prairie), awaits action by the Senate Education Committee.

DFL members opposed the bill. Rep. Barb Yarusso (DFL-Shoreview) said its provisions amount to a “voucher” system for children with disabilities, and was critical that it doesn’t require private schools to accept students with disabilities.

The bill has backing from a coalition of educational organizations and leaders called Opportunity for All Kids. The group is made up of educational advocates from the Lutheran Church—Missouri Synod Minnesota Districts, Minnesota Catholic Conference, Minnesota Independent School Forum and Center of the American Experiment.