Who knew this is the trajectory Eddie Vedder was on? The Pearl Jam frontman and world-class brooder performed at the Orpheum Theatre on Saturday to an adoring audience. His ripped-jeans-wearing audience might be wearing mom jeans now, but their sense of awe hasn’t faded. Vedder wooed his willing fans with his baritone melodies, surrealist backdrops, and impassioned stories interspersed with comedic commentary.

Since his 90s celebrity status as an arena rock god with a heart, Vedder’s scored Sean Penn’s fittingly West-Coast-set and flannel-heavy movie Into the Wild and released a second album, Ukulele Songs, which features, yes, a ukulele. His talent has translated to all these endeavors and he’s carved out a loyal following because his visceral tracks and rock cred keep him afloat in airspace oversaturated with ineffectual sad-bastard soft rock. And, when you can understand what he’s mumbling, his charm doesn’t hurt either.

Saturday wasn’t typical for a seated show at the Orpheum. Vedder’s audience didn’t let a moment pass without professing their love and he rewarded the frequent standing ovations by returning to the stage several times sometimes with opener Glen Hansard for a series of encores. If you weren’t wearing flannel and Doc Martens 20 years ago you may have left this show feeling like a voyeur in a house of worship were it not for Eddie’s reassurance as he mixed his new music with covers and Pearl Jam favorites. There were audible gasps as he began each song, one crowd favorite following another.

True to Vedder’s reputation, the show wasn’t devoid of political commentary. His program detailed causes he supports and some unlucky audience member was told to “fuck off” after voicing disapproval for Vedder’s friendship with Sean Penn. It was quiet and heavy during songs as the audience mulled the meaning behind each ballad. I found myself asking questions about my life: Should I be drinking Peace Coffee? Is veganism right for me? With other performers the soulful social-progressive routine grows old, but anyone commanding this much adoration from his audience must be doing something right. 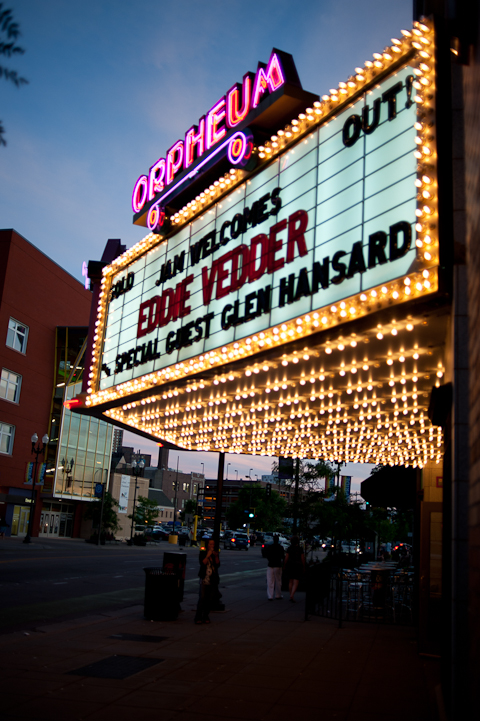 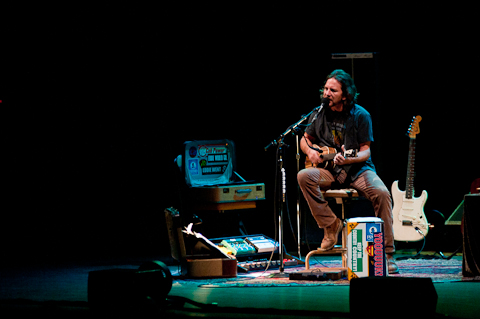 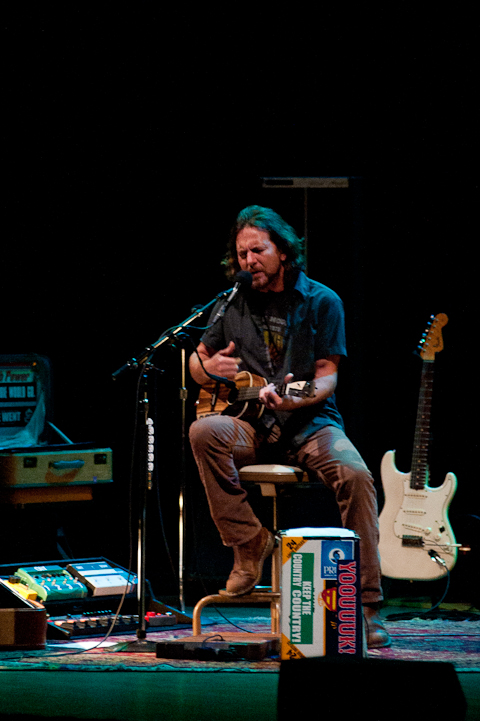 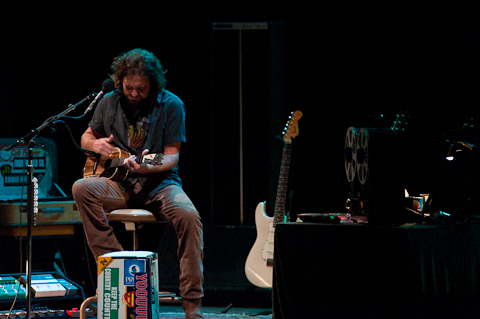 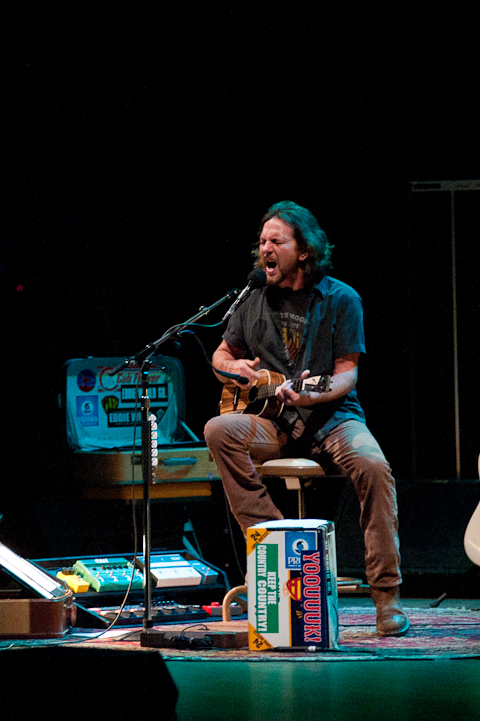 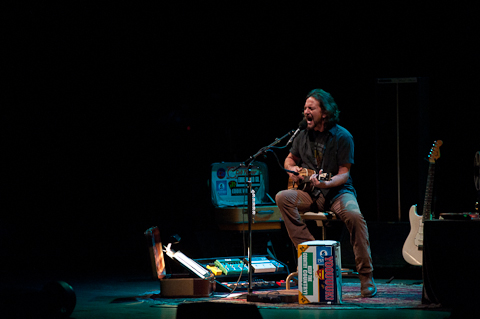