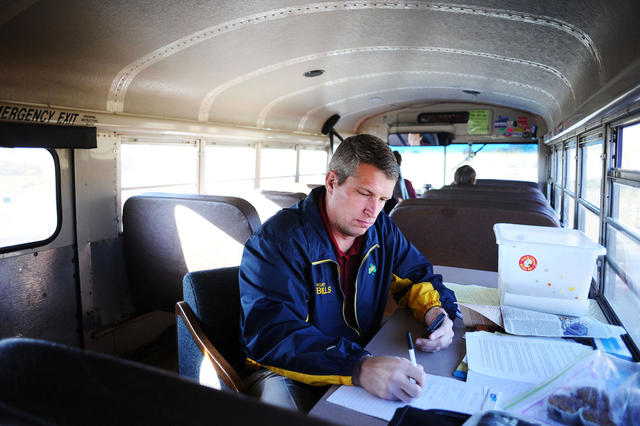 Kurt Bills is a high school economics teacher by morning, a political candidate by day.

By 8:30 a.m., he’s riding an old blue school bus across the state, campaigning for U.S. Senate.

Klobuchar, who was elected in 2006, is far ahead in the polls. Public Policy Polling last month found that 55 percent of Minnesotans favored Klobuchar, while 36 percent favored Bills.

Finishing up his first term in the Minnesota House of Representatives, Bills is a relatively new face in Minnesota politics.

“While Bills has a legislative title, he doesn’t have the name recognition,” Pearson said. “It is definitely an uphill battle for him.”

On Tuesday, Bills journeyed to southwestern Minnesota as part of a 36-day tour of all 87 counties.

“You gotta win the Wellstone way,” Bills said, sitting at his onboard desk wedged into where seats used to be.

In 1990, Democrat Paul Wellstone ran for U.S. Senate as an underdog against Republican incumbent Rudy Boschwitz and won.

Incumbents are often more widely known than their opponents, having already served in office for at least one term.

“It’s very easy to get re-elected when you are an incumbent,” Bills said.

He has taken a partial leave from teaching to campaign, but still shows up at 7:30 a.m. daily to teach.

“The fact that he is not able to campaign full time because he is teaching makes campaigning more difficult,” Pearson said. “It definitely hinders his campaign.”

For Bills, however, that first hour of teaching isn’t a hindrance — it’s “the anchor” that “ties me to who I am.”

“He was, without a doubt, one of the most popular teachers at Rosemount High School,” said University global studies junior Cody Foster, who had Bills as an economics teacher.

“His sense of humor was great.”

He said Bills would tell funny stories or jokes that students would retell for days.

Hailey Johnson, a neuroscience junior who also had Bills as a teacher in high school, said he’s very personable with his students.

“If you had a problem, you could go and talk to him face-to-face.”

Though Foster always thought Bills would make a great politician, he never really thought his economics teacher would be running for a high-profile office.

“It’s really weird to think about.”

Johnson said Bills would “make a great senator. He’s very passionate about what he’s doing, and he’s very caring of other people.” 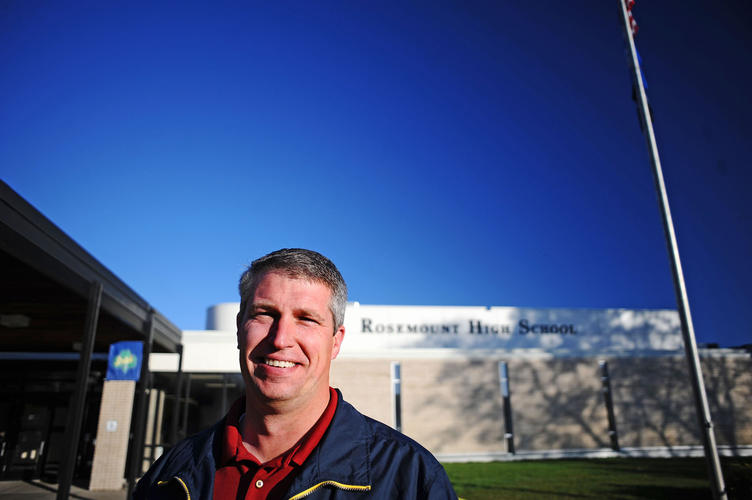 Bills has taught economics and civics classes at Rosemount High School for 15 years.

Bills said the current Congress has been “absolutely terrible.”

“When it comes to Congress, whether it’s Republican or Democrat, they just want to get re-elected,” he said.

Klobuchar said she’s “as frustrated as everyone else” with the progress of Congress.

“My first response to that is we need filibuster reform,” she said.

The second piece is making sure “we get people into office who are willing to work across the aisle and compromise,” Klobuchar said.

Bills said he doesn’t like the “left-right duopoly” and that he brings his own unique set of skills and knowledge to the process.

Logically, as an economics teacher, he pointed to the economy as the primary issue.

“I, as a public school teacher, need a private sector that is thriving and vibrant in order to fund my public school classroom,” Bills said.

Bills didn’t graduate with a degree in economics but has become enamored with the subject.

“For 15 years, it has been a developing passion for me to the point where it’s pretty much all I read about.”

He said he teaches his students in all schools of thought and tries to keep politics out of the classroom.

“You’re supposed to be an educator, not an indoctrinator,” he said.

Johnson said Bills taught everything, but she could tell which theories he  favored.

Bills’ political inspiration grew from the classroom, and now he plans to bring “Econ 101” to Washington.

“I hope to be part of a great debate on how to take the country forward,” Bills said.

And if Bills doesn’t win, the answer of what he’ll do next is simple. 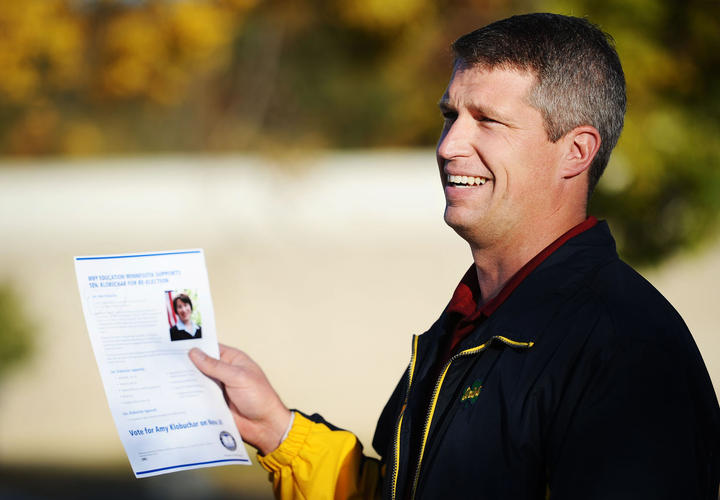