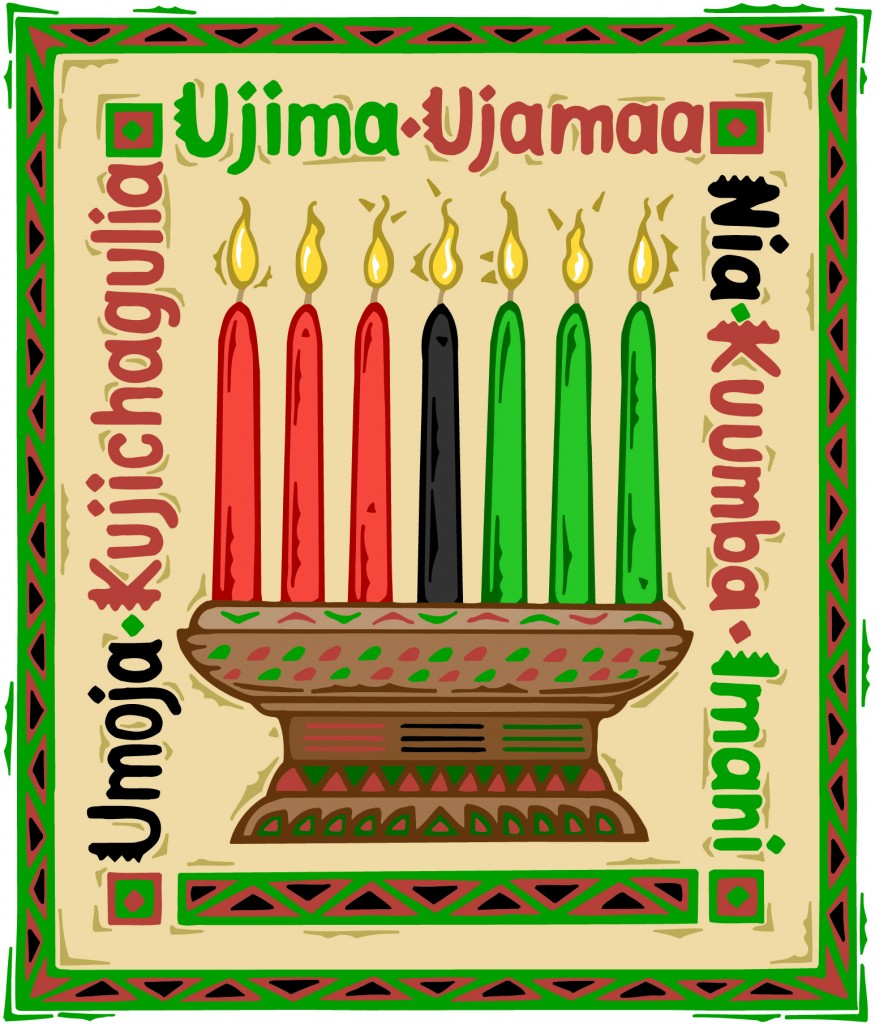 There aren’t a great many opportunities to do anything for Kwanzaa. It’s not nearly as obscure a practice as it was as recently as 10 years ago; still, even in this area, where a premium is placed on cultural diversity, multiculturalism and other such buzz words, you simply don’t see the kind of pronounced presence of, say Kwanzaa-themed theater shows or concerts as you do in celebration of Christmas.

However, if there are Twin Cities observers of Kwanzaa who don’t have a good time, it won’t for lack of presentations on the part of Ebony Phoenix Projects (EPP). EPP’s 2011 activity calendar will promote events in Minneapolis and in St. Paul to commemorate the principles of Kwanzaa: Umoja (unity), Kuumba (creativity), Kujichagulia (self-determination), Ujima (collective work and responsibility), Ujamaa (cooperative economics), Nia (purpose) and Imani (faith).

A bit of background on the cultural practice itself: Maulana Karenga of The Organization Us created Kwanzaa in 1966 as a means of providing the first specifically African American holiday. Karenga said his goal was to “give Blacks an alternative to the existing holiday and give Blacks an opportunity to celebrate themselves and history, rather than simply imitate the practice of [celebrating Christmas].”

The name Kwanzaa comes from the Swahili phrase matunda ya kwanza, meaning “first fruits of the harvest.” The choice of Swahili, an East African language, connects directly to Pan-Africanism, a popular movement of the 1960s.

Springing from the Black nationalist movement, also popular in the 1960s, Kwanzaa was established as a means of having African Americans reconnect with African cultural and historical heritage by communing in meditation and study of African traditions and Nguzo Saba, the “seven principles of African Heritage,” which Karenga called “a communitarian African philosophy.”

Ebony Phoenix Projects festivities begin, for instance, Dec. 26 to honor the concept of Umoja at the popular eatery and nightspot Arnella’s in St. Paul. Through January 1, each evening will see celebration at a different locale, culminating on the final day at The Nicollet in Minneapolis.

Warren, in fact, is one of the “Rediscovering Twin Cities Performance Arts” sponsors and will host the night for Ujamaa Dec. 30 at The Blue Nile in Minneapolis. “I am excited about being able to participate in Kwanzaa this year with the Ebony Phoenix Project and a host of other beautiful people around the Twin Cities,” says Warren. “That is what Kwanzaa is all about, bringing people together, and I say we celebrate Kwanzaa as many times in the year as we can.”

Rex Marshall of EPP returns the compliment, stating, “We at [Ebony Phoenix Projects] are so happy to have ‘Da Black Pearll’ on the Kwanzaa week. Because of her, we now have a six-day Kwanzaa week, and she brings to the table programs we can co-sponsor for Black history and women month in March.”

Ebony Phoenix Projects has been coordinating Kwanzaa events in the Twin Cities since 1989. Marshall reflects, “I have found working on our events very satisfying, because it’s my way of giving back and teaching. The Twin Cities Kwanzaa Calendar began as a Phi Beta Sigma fraternal social services program with the help of then-Eighth Ward councilperson Sharon Sayles Belton and a matching grant from the City of Minneapolis Arts Program.

“Different organizations were sought to sponsor Kwanzaa activities at sites throughout Minneapolis and St. Paul,” Marshall continues. “This led to the formation of the Twin City Kwanzaa Committee (TCKC) chaired by [myself]. St. Paul Martin Luther King Center has served as co-sponsors and has been very valuable members of the TCKC since 1989.