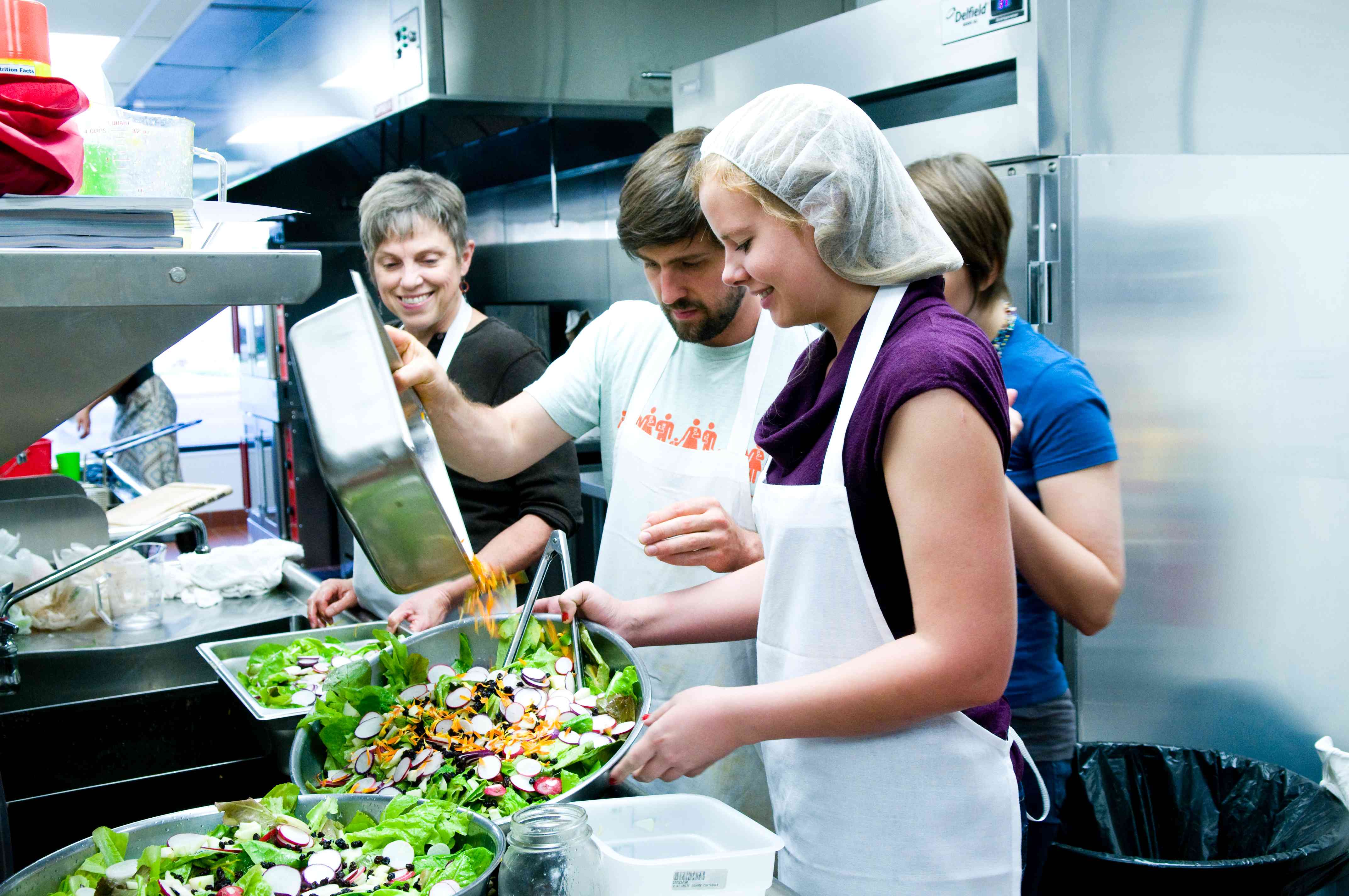 Eat for Equity, the organization that raises money for charitable causes using good food and community, is going on tour at the beginning of next year. What started as a response by one person to Hurricane Katrina, has expanded, with a strong home base here in Minneapolis and growing branches in other cities.

Emily Torgrimson, Eat for Equity’s founder and sole employee, said the organization was born when she was living in Boston, going to school at Boston University and living in a collaborative house. After Hurricane Katrina hit, Torgrimson stumbled upon a recipe for Jambalaya, and asked her housemates  whether they’d be interested in throwing in a buck or two if she were to make a big pot of jambalaya and pass the hat. Her friends were so enthusiastic that they suggested she throw a big party, not just a dinner for the housemates, and that became the first event in Boston.

Torgrimson realized that she could adopt the model for any cause. People would chip in what they could, as they all participated in doing something great together. When she moved back to Minneapolis in 2007, she started hosting events in her home, with the first event holding 12 people.

After about a year, the organization began to have rotating dinners, hosted at a different home for each event. “It seemed an organic way to grow our community,” she said, because each host would invite their friends, and those people would come to learn more about Eat for Equity. As the organization grew, their followers would start coming to events even if they didn’t know the host. “They just knew that there was going to be good food,” Torgrimson said.

FULL DISCLOSURE: The Twin Cities Media Alliance, parent organization of the TC Daily Planet, was a beneficiary of an Eat for Equity dinner.

Currently Minneapolis-based Eat for Equity events average about 150 guests, although last month they attracted 180 people, and were able to raise $2,800 for a rural health care initiative organized by the Sierra Leonean community. 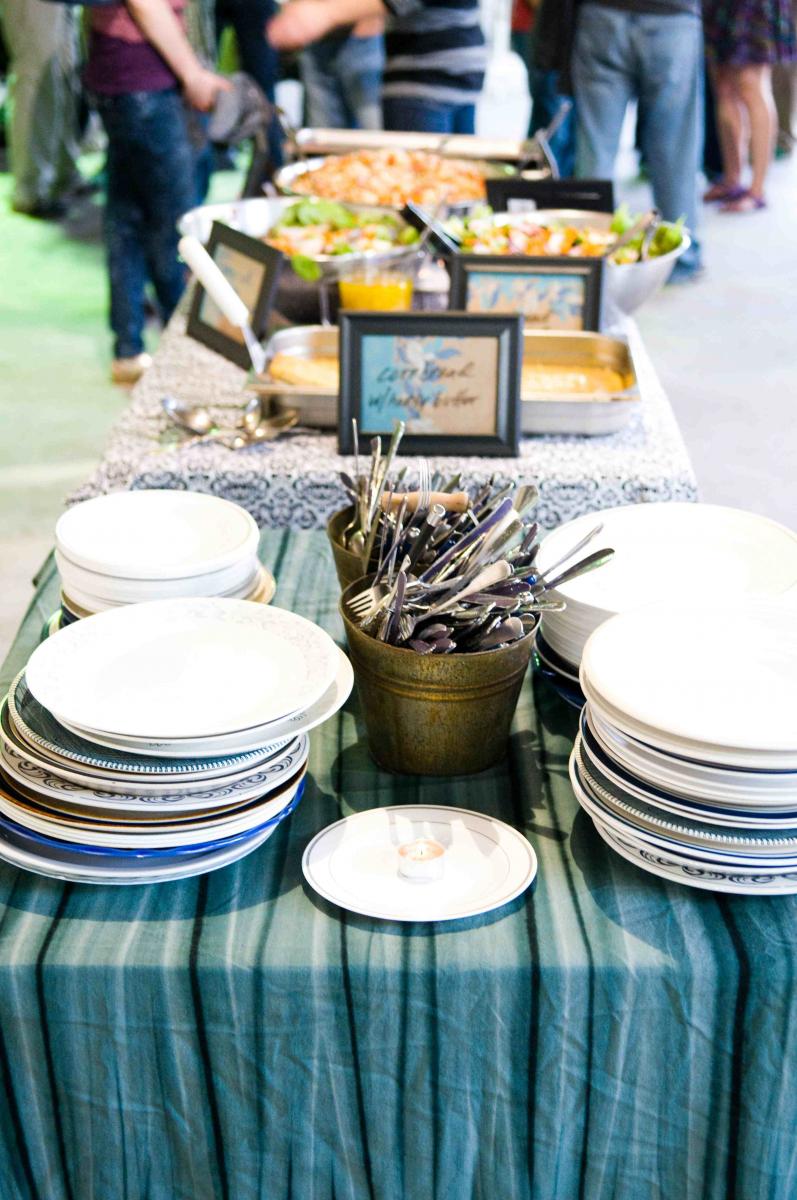 The buffet is set at a benefit for the Northside Achievement Zone. (Photo by Emily Rumsey)

Generally in Minneapolis, they average about $2,000, for causes related to health, the environment, education, short term relief and long term development.

The organization is engaged in fundraising and planning now, with the nine-month tour to begin early next year. They will stop at 20 cities, spending a week in each city, training organizers to cook for a crowd in a home kitchen, said Torgrimson. “It’s basically Eat for Equity 101.”

At each city, Eat for Equity will meet with 5-10 organizers, and the stop will culminated in a jointly organized Eat for Equity Event, she said. “We want to build excitement and media attention.” The group has already gotten in the national spotlight, with an appearance on the Today Show last year. That kind of exposure helps the organization get the word out to communities that may want to start branches in their own communities.

Emerging branches have hosted at least one Eat for Equity  event in Madison, Chicago, Seattle, Denver, Santa Cruz, Phoenix, Stanford, Connecticut and Washington DC. The tour is a way to reach out to these emerging branches, as well as others that may want more information, and respond to the needs of the organizers in a meaningful way, to share knowledge and skills, and build close relationships, Torgrimson said.

To become an “official” Eat for Equity branch, organizers in different cities must organize at least three events. The idea is that recurring events create community. Torgrimson said that three of the branch organizations are currently committed to doing four events a year. On the Eat for Equity website, the official branches have a subpage. The existing branches include Minneapolis, Portland, and the Ozarks.

The money being raised for the upcoming tour is a mixture of individual contributions, grants, and hopefully, corporate sponsorships. They are fixing up a used RV trailer as a living space and training space, as well as an advertising space, Torgrimson said. 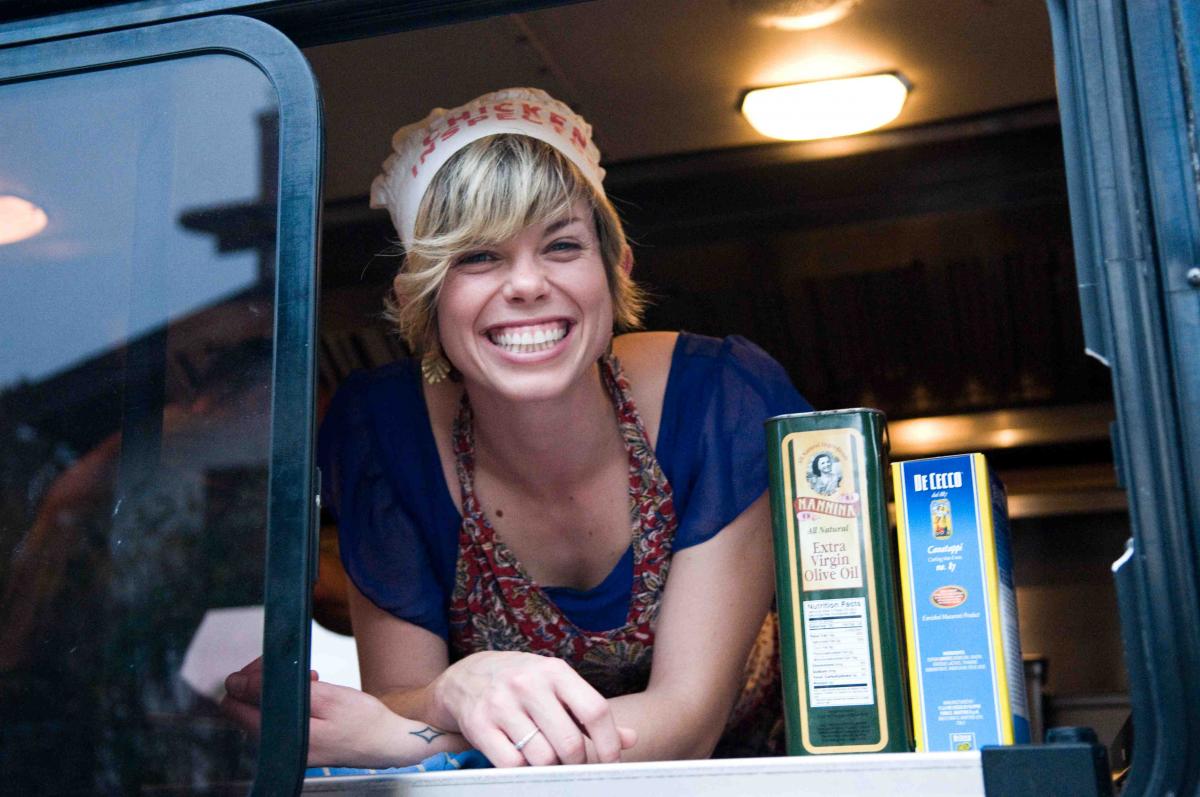 Emily Torgrimson, co-founder and executive director, leans out of the Sisters’ Camelot kitchen bus at a benefit for the organization.

Eat for Equity is mainly volunteer-driven, although after five years of working as a volunteer, Torgrimson recently transitioned to work full yime as the organization’s sole paid staff member. They have an active board of directors, one of whom will be joining Torgrimson on the tour. “We’re a pretty lean operation,” Torgrimson said.

“It’s been incredible,” Torgrimson said. “We are in touch with about 100 organizers. Our process is to connect them to each other, connect them to a board, and try to get them started.”

Torgrimson said she believes Eat for Equity can work in any community, and right now they are working on deepening relationships with organizers in different cities and providing more structure and assistance. “Our branches in Boston and Portland and the Ozarks are doing great,” she said. These branch cities average about 50-70 people per event. “We’re introducing some systems that have allowed us to grow,” she said, such as cooking for a large crowd.

For Minneapolis events, there are usually a few lead positions such as a logistics planner, a food planner, a Friday night coordinator, a Saturday night coordinator, and somebody in charge of front of house. When a branch is first starting, there might be just one person who takes on all those roles, but as the events get larger, they need to be able to break that up so that different people share the responsibility, Torgrimson said. 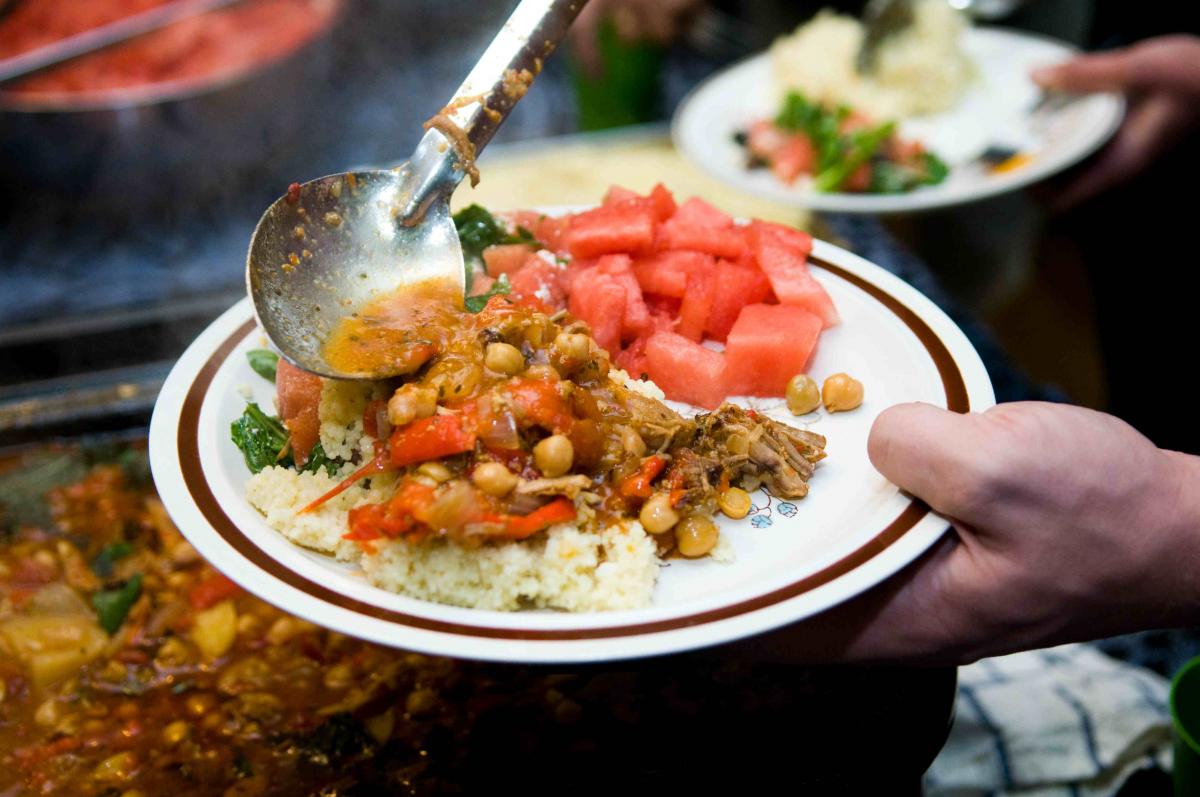 Eat for Equity prioritizes local, seasonal food as well as organic food whenever possible. “We want to invest in our community. We want the money we spend on food to go to local businesses and farmers, so we’re feeding our community,” she said. They do serve meat, but they tend to stretch it out, so it’s not necessarily the main element in the meal.

For the tour, Eat for Equity will be partnering with Oxfam, an international aid and development nonprofit, for their Grow campaign, designed to promote a method of eating and cooking.