Children were hula-hooping, running around and playing ball at East Phillips Park Cultural and Community Center (EPPCCC) at 2323 11th Ave S. for the building’s open house and ribbon cutting event on January 22, and adults were smiling as the long journey to bring the facility to the park finally came to fruition.

At the opening ceremony, Carol Pass, president of the East Phillips Improvement Coalition (EPIC) said that the idea to build a community center at Phillips Park came about five and a half years ago aftera shooting on 16th Avenue.  Several children had jumped into a dumpster to avoid the bullets, Pass said.  When the children came to a community meeting and said that they couldn’t play in the alley anymore, Pass said, “We were appalled and ashamed.”

Brad Pass chair of the East Phillips Park Community Design Team, said that at that meeting on July 14, 2005, community members expressed great concern over the huge number of children with no place to go and no place to meet.  He said Linda Leonard, a mom in the neighborhood, suggested a community center.

“People said, ‘Yeah, that’d be great, but that’s never going to happen,'” Pass said.  However, Leonard asked the community what they could do with such a building, and got out some butcher paper, writing down all the different ideas. Pass held out that very piece of butcher paper, saved from that first meeting. “By the end of the evening we were committed to building a building in East Phillips Park,”  Pass said.

Through the help of legislators Karen Clark and Linda Berglin, $3.5 million was appropriated by the Minnesota legislature for EPCCC’s construction.  Additional funding has come from the Minneapolis Park and Recreation Board’s 2008 Capital Improvement Program ($319,000) the East Phillips Improvement Coalition NRP funding ($180,000 plus $50,000 for fundraising and consulting), Midown Phillips Neighborhood Association ($5,000), Toyota Environmental Funds ($100,000), the Marbrook Foundation ($10,000), the Minnesota Department of Employment and Economic Development ($300,000) and Hennepin County Environmental Response Fund ($271,328). 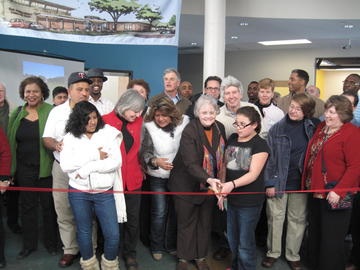 Both Clark and Berglin attended the ceremony.  “I walked in here this afternoon and my eyes welled up with tears,” Berglin said.  “I realized it was because I was witnessing a miracle.” 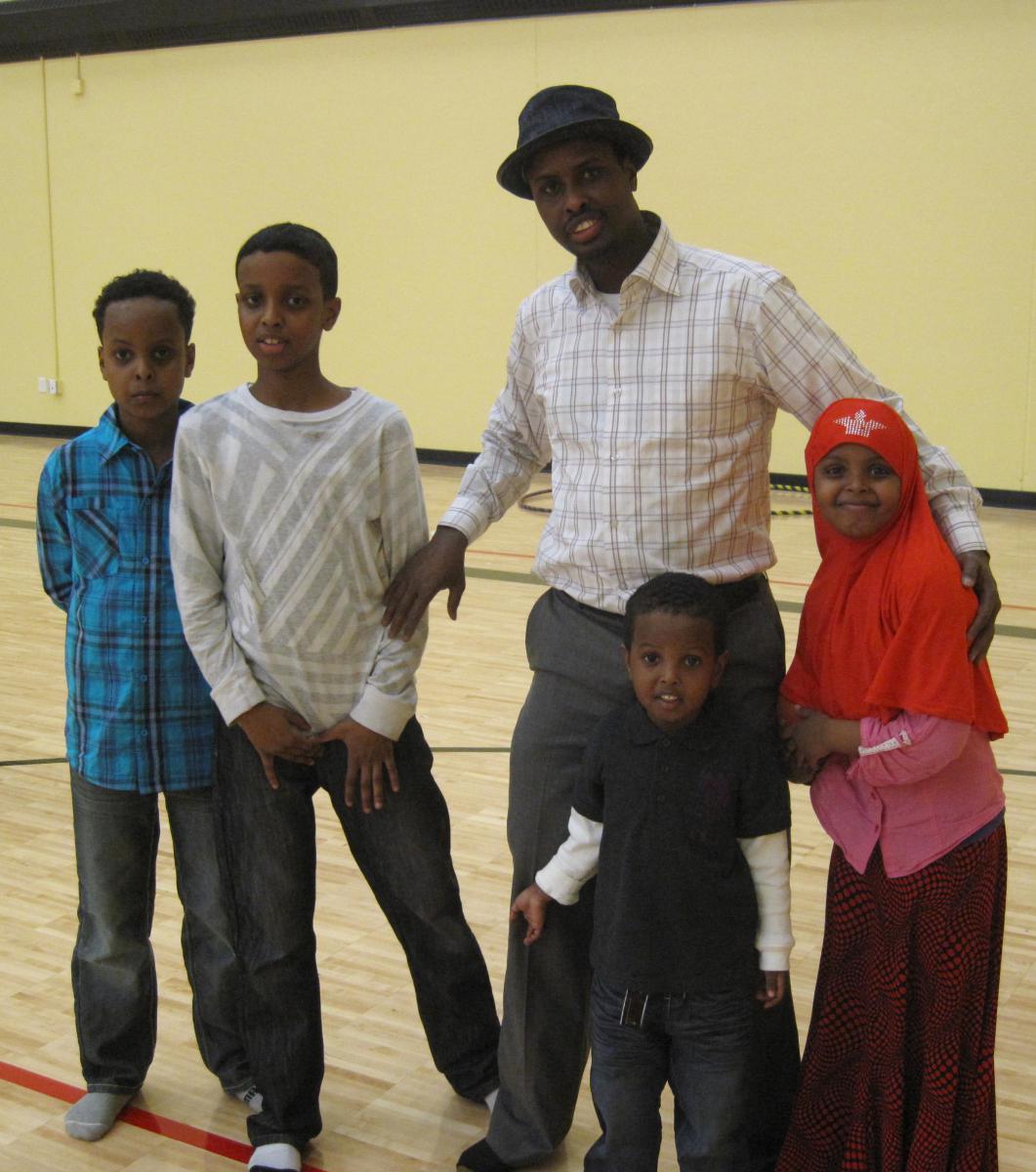 Mahamad Cali and family were among the neighborhood residents at EPCCC.

The road toward a completed building has not been easy.  Bumps along the way included a time when the community center might not have had enough funds for a gym, as well as a discovery of asbestos in the soil on the property.  However, supporters were able to come up with the funds to both fix the asbestos problem and include a gym.  “Everyone worked so hard,” said Rosi Cruz, one of the people who fought for the gym to be included.  “Si se puede!”

Saturday’s open house included entertainment provided by the Holy Rosary Youth Choir and Guitars, and the Little Earth Youth Drum Circle as well as words from the Somali American Community youth and Phillips 100 Voices Youth Council. Neighbors were invited to fill out surveys about what kinds of programming they would like to see at the center, which will be provided by 21 partnering organizations recruited by the East Phillips Park Community Design Team. 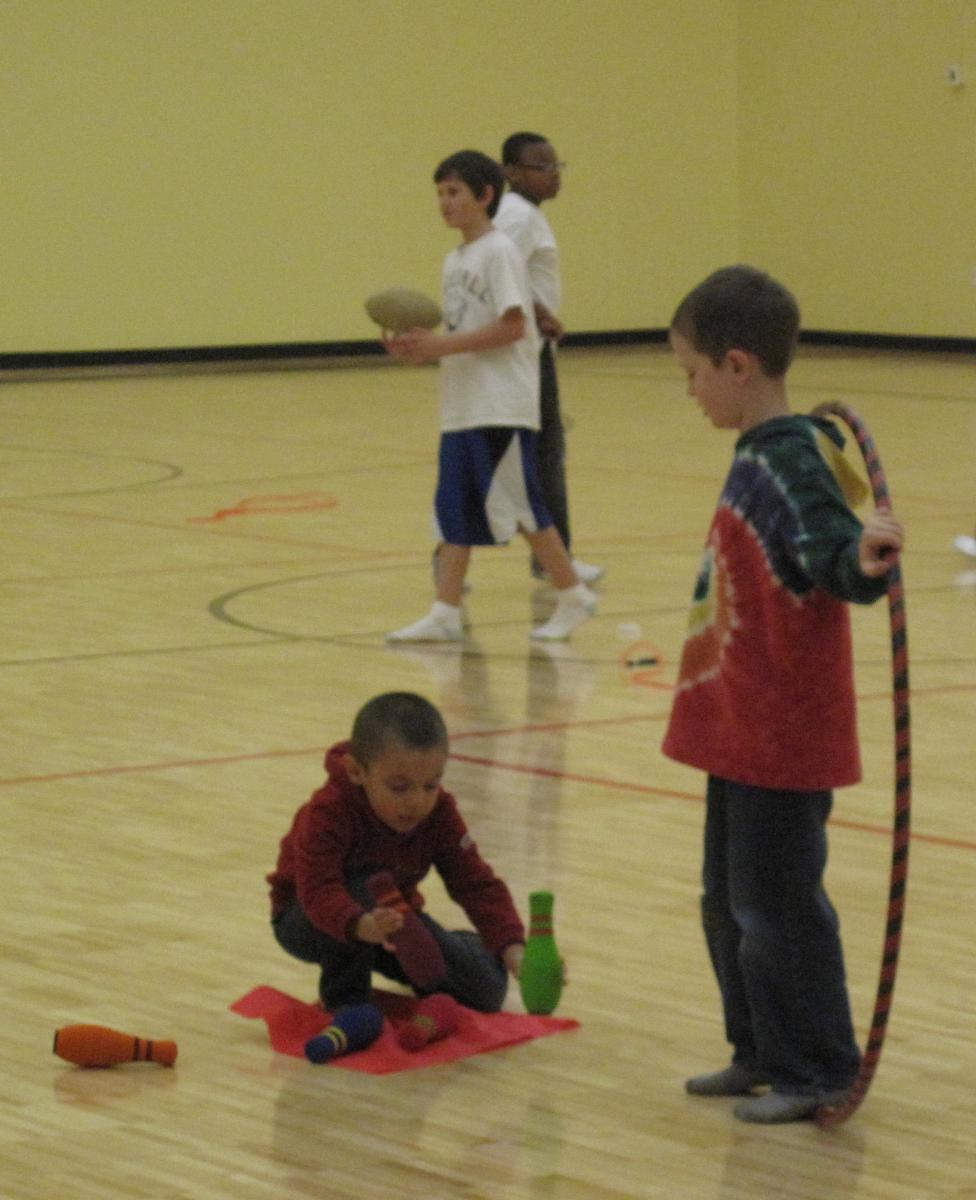 The Community Center is set to open on February 28.  There are still a few finishing touches yet to be completed, some of which will occur after it opens.  Bleachers and other furnishings and equipment need to be installed, and some site work will be done to complete the landscaping.  The ballfields are scheduled for renovation later this year.  A grand opening will be held as soon as these improvements are completed, according to a press release.

The center is also still in need of a stove, with a hood and a fire suppression system.  Brad Pass invited guests to donate toward the $30,000 needed to complete the kitchen.  He said that after raising over $4 million, “wWhat’s another $30,000?”