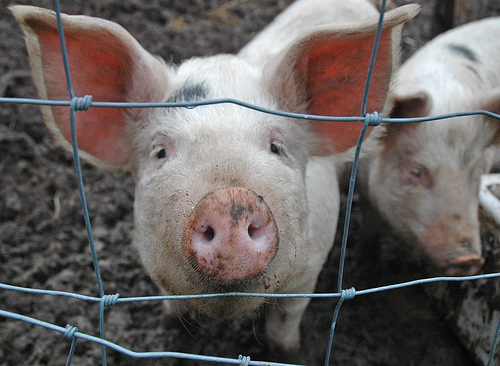 IMHO, once again Michael Osterholm is out of step with the CDC and other health experts.  He is saying swine should be banned from the State Fair.  Here is a link to the story.  250 cases in 80 million fair attendees hardly seems to support his scare tactics.  I certainly could see parents keeping their children away from the swine barn but Osterholm is just headline grabbing which does not advance the cause of public health when there is a real problem.

I’m not so sure.  An interviewee in a story on MPR this morning (I forget who it was) said putting infected pigs in the same State Fair barn with uninfected pigs could cause a quick spread of the disease.  Then all those infected pigs would scatter around the state and could spread the disease widely.  If that happens, it would put a lot more people in a lot more places in contact with the disease.  By the way, what do you mean “once again Michael Osterholm is out of step”?  What did I miss?