After carefully studying the dog I concluded that it could use some grooming. Thoughts? 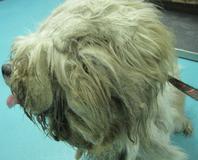 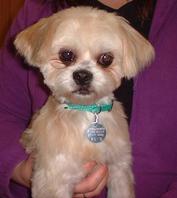 Just thought you would like to know what this little guy looked like after a bath and grooming, which took a pro hours to do. He is estimated to be 5 years old, very friendly and affectionate but acted like he had never seen a clipper before. probably not. SO, if you are looking to adopt a small, cute and previously neglected dog, he will soon be posted on the Second Chance Animal Rescue site.