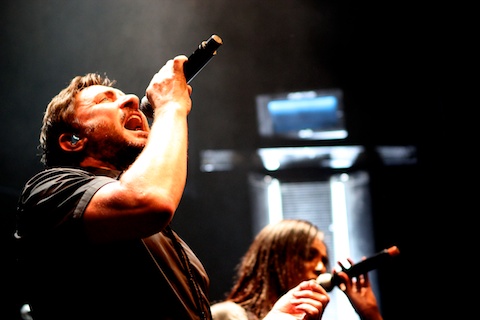 It wasn’t the usual clubland crowd that queued halfway down the block in front of Epic last Friday night. Mostly in their 30s and 40s, wearing jeans and sweaters, these clubgoers had gathered to see the band so many of today’s 20-something artists cite as one of their most important influences: Duran Duran.

It’s no secret that the 80s are back in style. But Duran Duran aren’t merely surfing the latest wave—they’ve released albums consistently throughout their decades-spanning career. And throughout the years, the band have stayed remarkably true to their sound…and to their fans. Local Durannies are saying that the band’s latest effort, All You Need is Now, offers up that trademark sound fans have grown to love: the saxophone, the multi-part vocal harmonies, the bittersweet longing of front man Simon Le Bon…and, of course, the synths.

Following Friday’s show, the Twittersphere lit up with praise for the show (the best so far being “Well i saw @duranduran tonight and YOU DIDNT. neener neener neener ;X”). But early in the evening, as the crowd gathered around the stage at Epic, the mood was rather different.

There wasn’t an opening act, which came as rather a surprise for me, considering the number of talented local synth, electro, and New New Wave bands we have—in fact, the best candidates, Thought Thieves and The Rope, had a show of their own later that night down the street at the Fine Line. On top of that, the band started an hour late, filling the time with music videos. Several bored, sweltering women standing near me fanned themselves in time to the music. Some of the drunker, unrulier members of the crowd booed each video as it came on—or chanted “no more videos,” as the fellow behind me did. Others cheered, building excitement and tension.

When the band took the stage shortly after nine, the crowd erupted in applause, whistles, and jubilant screams. Everything was perfect. All was forgiven.

And then, the band began to play.

Some of the savvier audience members have already pointed out on their blogs that the sound balance was off. But most of the crowd couldn’t care less about that—myself included. This was, after all, Duran Duran—technical difficulties be damned.

The opening number was, appropriately, “Planet Earth.” (April 22nd is Earth Day, for you non-Planeteers—not April 21. Sorry, Dramarama.) The fellow who, only a moment before, had been shouting “no more videos,” began declaring his love for each band member in turn, as though they could hear him. A blonde woman in the balcony wearing a purple dress sang along with every word, smiling and dancing with the joy of a teenage girl.

As I listened to the words of the next song, “Hungry Like the Wolf,” a well of longing opened in my heart that felt like homesickness for a place I’ve never been before. And it occurred to me just then: this is synth-rock at its best. It acknowledges the sense of deep longing we all feel for something we cannot name, that sense of the mysteriousness endemic to the human condition, and in that shared acknowledgement, we no longer feel alone. One soul reaches out and connects with another. I’m lost and I’m found.

The band played through a set of songs off their new album, along with old standards like “Notorious” and “Ordinary World.” The audience was amazingly good at singing along—they even sang the “da na na na” intro to “The Reflex” in a perfect two-part harmony. And as generous as this audience was, the band gave back even more—Simon’s expansive gesture in the final chorus of “Ordinary World” seemed to embrace the room.

But the final songs of the evening guided us all the way through the full range of what it means to be human—the highs and lows, the sorrows and joys. It occurred to me that the woman on the balcony might have been an angel—experiencing the totality of the human drama we mere mortals are usually too preoccupied to appreciate. Then again, that’s what we usually think of as the purpose of art. It’s just that so few bands are able to touch these extremes simultaneously that it is a thing of beauty to behold the ones that are.

“Careless Memories” was clearly an important song for the band: it was the only song of the night that changed their whole demeanor, as if the musicians were able to touch something through that song that took them beyond themselves. Most artists should be so lucky to experience something like that through their own work—typically, they don’t expect to. On “Sunrise,” the light machine poured a beautiful golden light over the crowd, who lifted their hands in response, like children greeting the morning sun. “Rio” had everyone singing along at the top of their lungs—including me. Then it was over…but not quite.

After fevered, rhythmic applause that went on for several minutes, the band came back on for a three-song encore. In the middle of “Girls on Film,” Simon introduced the band members for all two people who didn’t know who they were, and each one, in turn, played his or her own solo. For reasons unknown, Simon got the crowd chanting “Play that fucking bass, John” for John Taylor’s solo. Roger Taylor played a killer drum solo. Then they went into an ironic (and funny) partial cover of “Poker Face,” followed by the rest of “Girls on Film”—with a surprising amount of energy for a bunch of guys in their 50s who’d just been playing their hearts out for an hour and a half. Then there was a final crescendo, followed by wild screams and thunderous applause, and then it was over. The world began spinning once more, and we all returned home to our beds (or other’s beds), to dream fevered dreams of dancing angels, golden rays of sun, and the ones who got away.

In other words, an average night on tour for one of the definitive bands of New Wave. 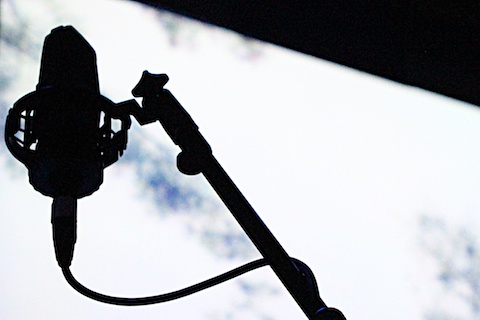 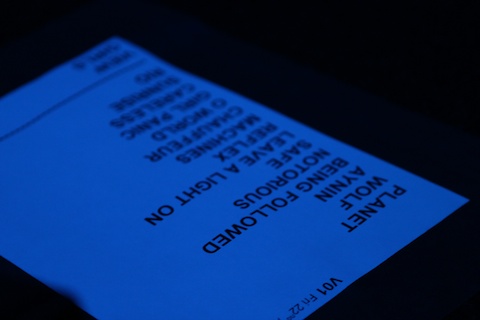 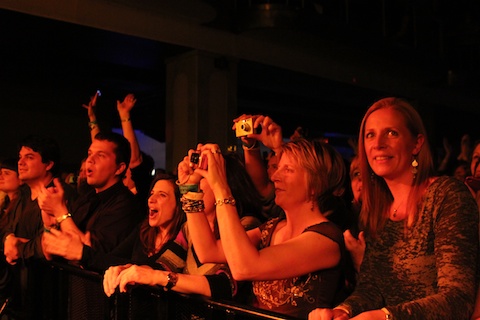 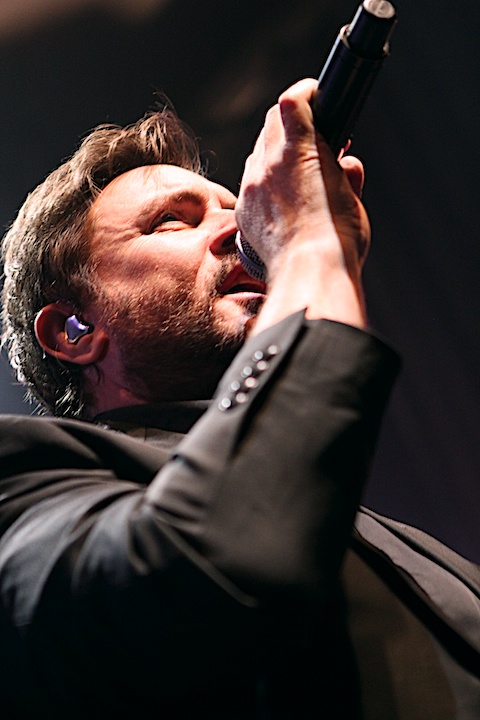 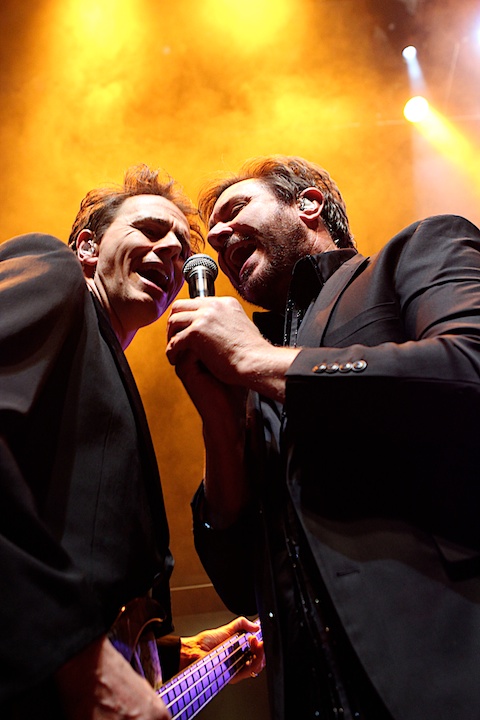 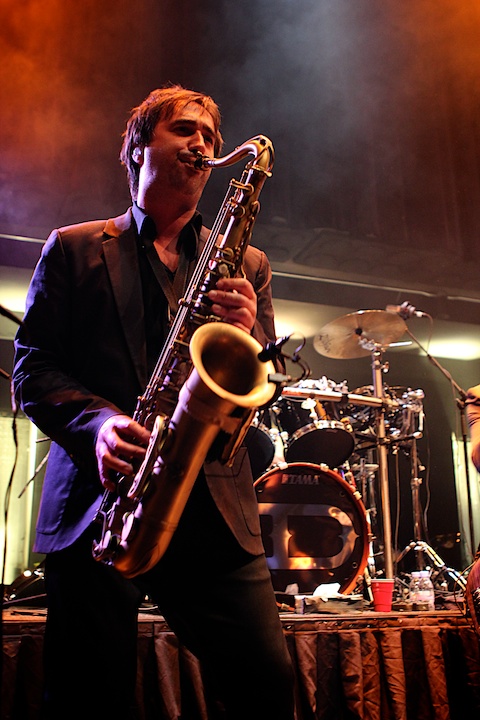 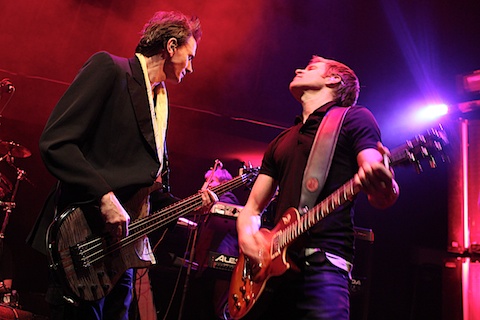 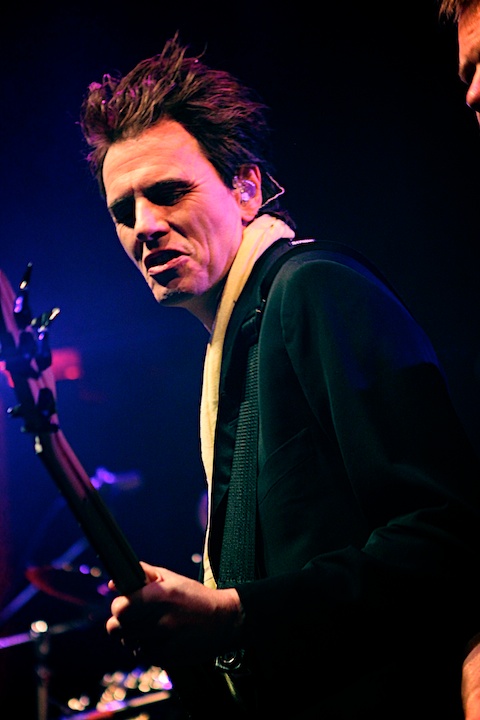 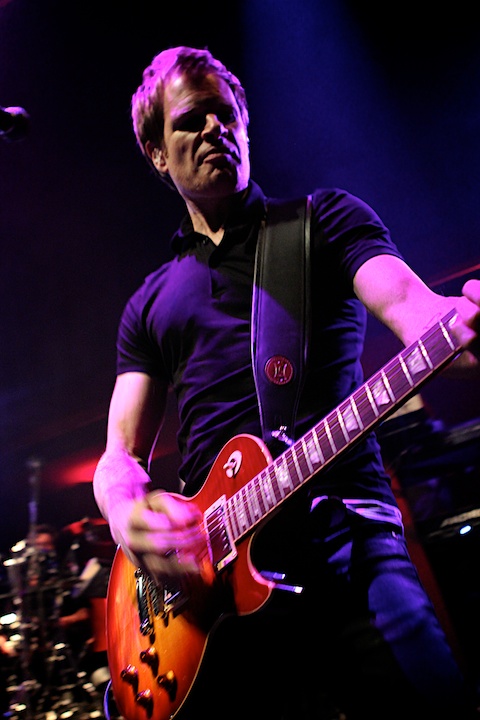 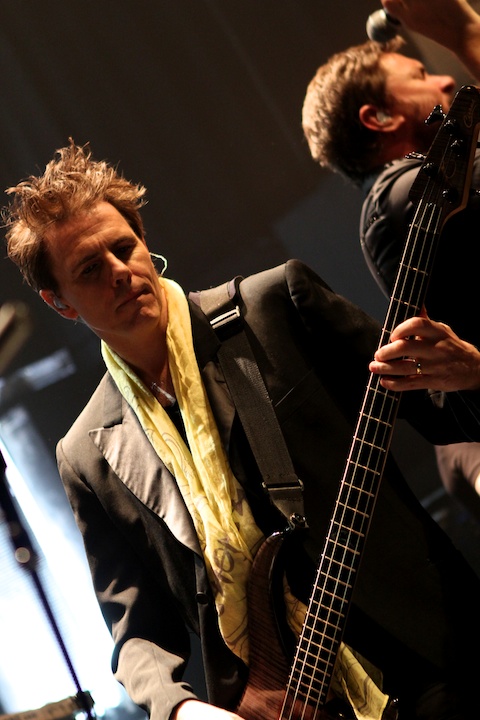 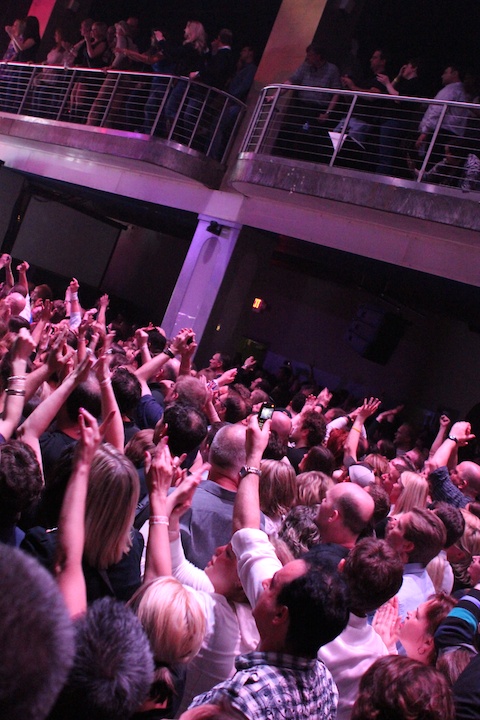 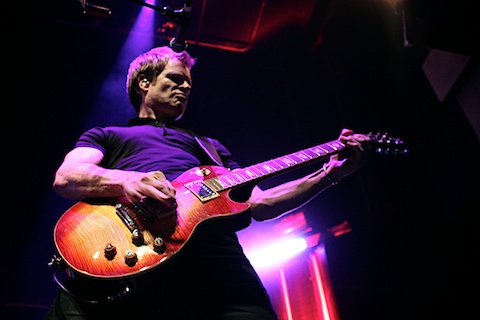 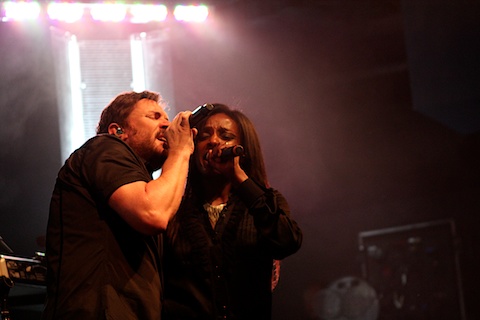 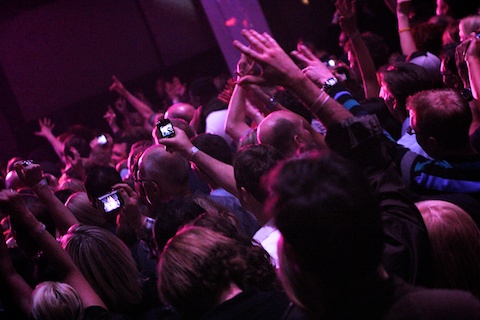 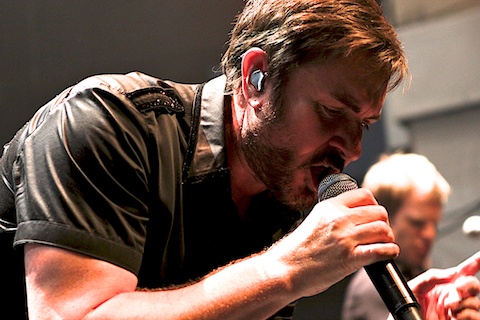 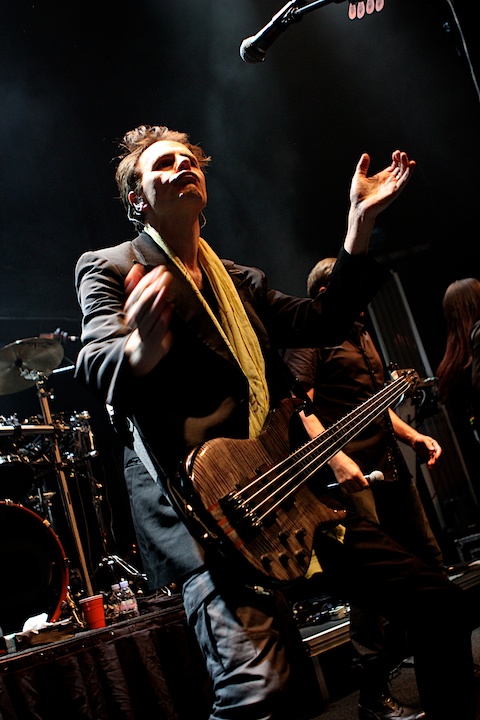 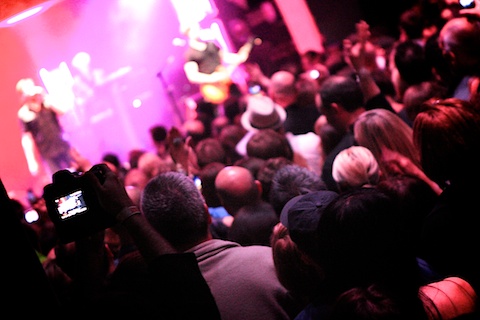 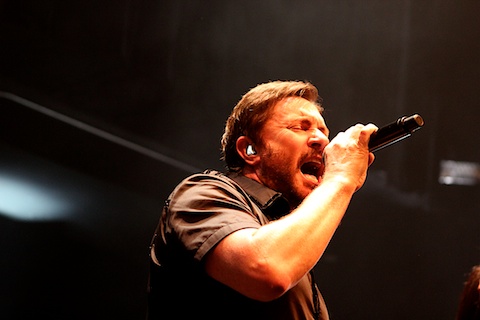 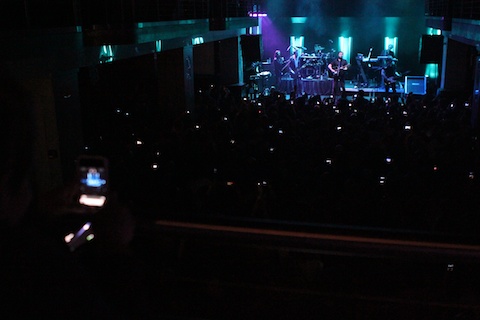 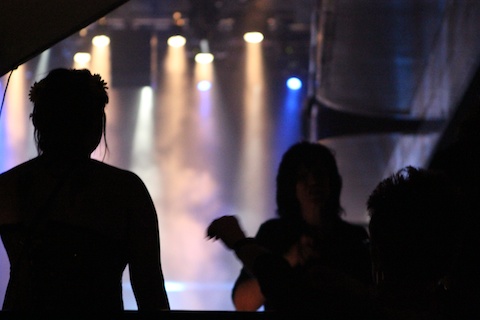 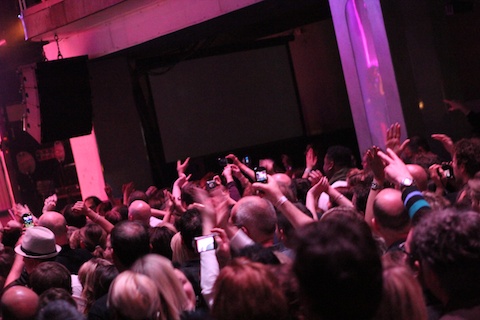