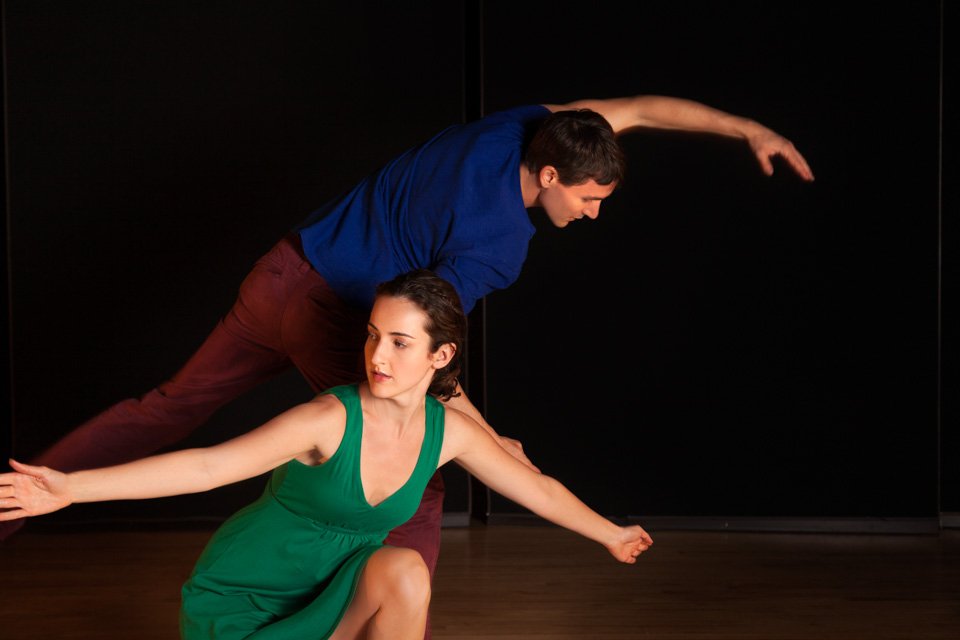 I caught Duetted and Entre Nosotros (Between Us) back to back at the Southern, which allowed for a bit of compare and contrast between these two really incredible dance shows, both featuring couples.

Monica Rodero and Dan Schuchart of Duetted have been dance partners a bit longer than they’ve been together, and they’ve been together twelve years. I don’t know for certain if Jordan Klitzke and Melissa Herrada’s partnership extends beyond dancing, but I notice they’re both moving to Quito, Ecuador later this month; what a coincidence!

Walking between the Southern and Rarig with Monica and Dan after the shows, I basically failed at adequately expressing the differences I noticed between the two couples and they way they each moved together. It came out like this:

“You [Monica and Dan] are old. They [Jordan and Melissa] are young.” No, that’s not right. Monica and Dan AREN’T old – they’re in their early 30s. At 26, Jordan is eight years younger than Dan.

“They expressed the emotional range of youth and young love; more passion, but also more anger. You dance like a couple who know each other well; steady.”

I really wasn’t trying to say that Jordan and Melissa were electric, and Monica and Dan, well, had heartbeats. But that’s sort of how it came out.

I lack the vocabulary for talking about the technical pieces of dance. I can only report on what I felt when I watched it. There’s a chemistry between Jordan and Melissa that’s heady and exciting. Monica and Dan move like fluid halves of a whole. Both shows are gorgeous and interesting. Very highly recommended.