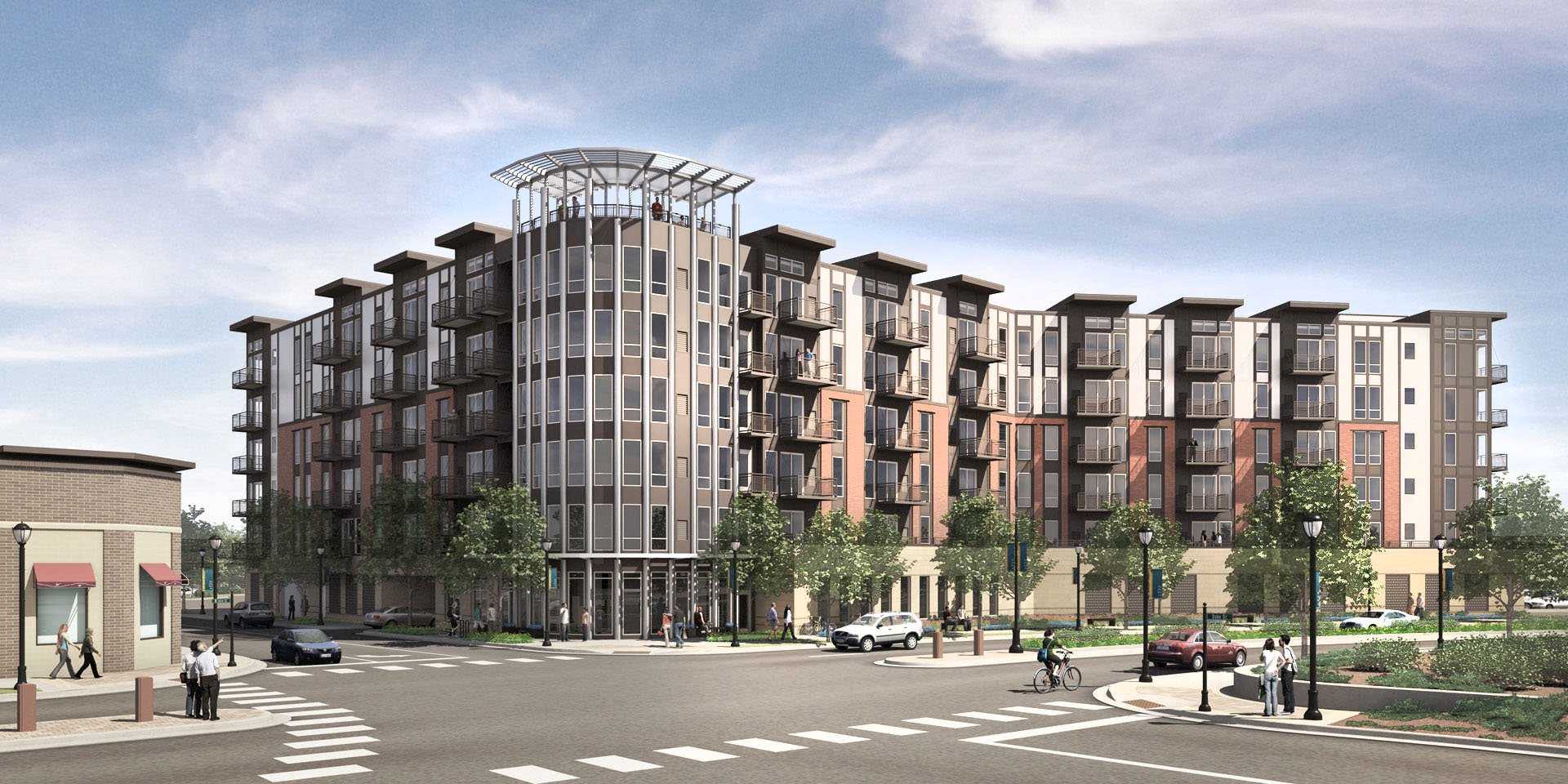 Something interesting has been happening lately. It’s a strange phenomenon that has this urbanist scratching his head. Mid-rise apartment buildings, the sort that signal a certain level of urban self-sustainability, have been popping up in locales that urbanists love to hate. This curiosity was first noticed at St. Louis Park’s mostly vacant “attempt” at creating a new “urban” destination just west of downtown Minneapolis. The quotation marks, of course, imply that this was not done in earnest. It’s the sort of place that I love to scoff at as I pull in to Costco. The cowboy bar is doing great.

This building continued to be built, and I continued to roll my eyes at it during my twice-monthly Costco trips. Then came news that another similar project is imminent in Edina’s Southdale. Another luxury mid-rise apartment building in another urbanist Mordor. This trend had officially become something that warranted further consideration. What was going on here? Could this be a good thing? It’s better than rows of new McMansions, right?

Urbanists are an unusually persnickety bunch. Normal people don’t care too much to consider why they would rather live here or there, they just do. If today’s trend is luxury apartment buildings in pseudo-urban parking lots, then why not make the best of it? When a former suburbanite starts to be annoyed by nearly being killed as he crosses his front parking lot on the way to the Crate and Barrel, maybe he’ll stop to consider why exactly those weird bike people are always making such a stink (if, God willing, he makes that trek on foot). Maybe he will start to ask for traffic-calming measures and raised crosswalks, trees to shade his parking lot, and benches to sit down on. Maybe the vast parking lot will eventually become more obviously unnecessary and more housing will be built in its place.

The evolutionary cycle that is sparked in these asphalt deserts might be incredible. These parking lots that were enormously overbuilt in a by-gone era could eventually be plowed over and converted to a more organic and natural form of human development; one in which humans comes first, and vehicles are meant as a tool to transport them. 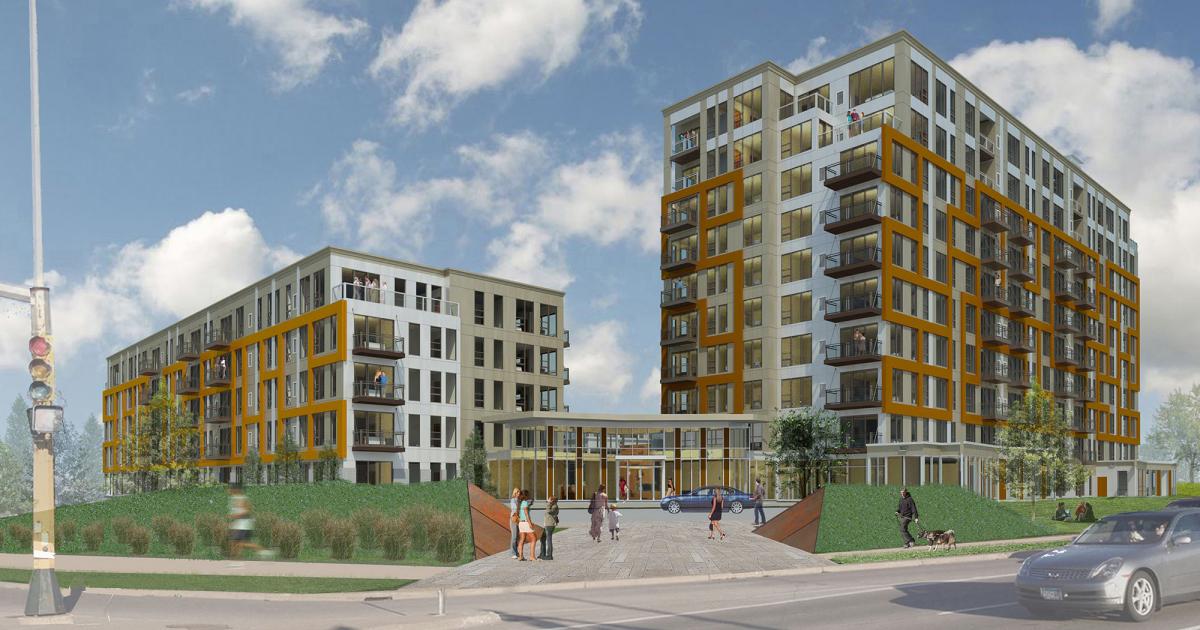 A rendering of the 232-unit development planned to be built in a Southdale parking lot.

This is not to say that apartments have never been built in the suburbs before. Or that these two examples are even a fraction of the relevant development happening right now. The noticeable differences I see however are twofold: They are marketed as walkable developments (i.e. people are saying that they want this) and that they are in close proximity to pretty consistent transit routes. If the best possible outcome were to come true, this could be a game changer in the realm of the lesser of two evils. Rather than being destinations to travel to by car from even further reaches of the suburbs, these locales (that are not exceedingly far from urban centers) could become villages unto themselves that are served by consistent transit to and from downtown Minneapolis.

It remains to be seen what will come of this recent trend and if it will gain any traction. I’d certainly prefer to see these development dollars being better spent in the urban core, but if they must be spent in the suburbs, apartment buildings with reasonable density in a “neighborhood” with nearby amenities is a step in the right direction.

At top: The Flats At West End, positioned to conveniently conceal the Hilton Homewood Suites attached to its back end.