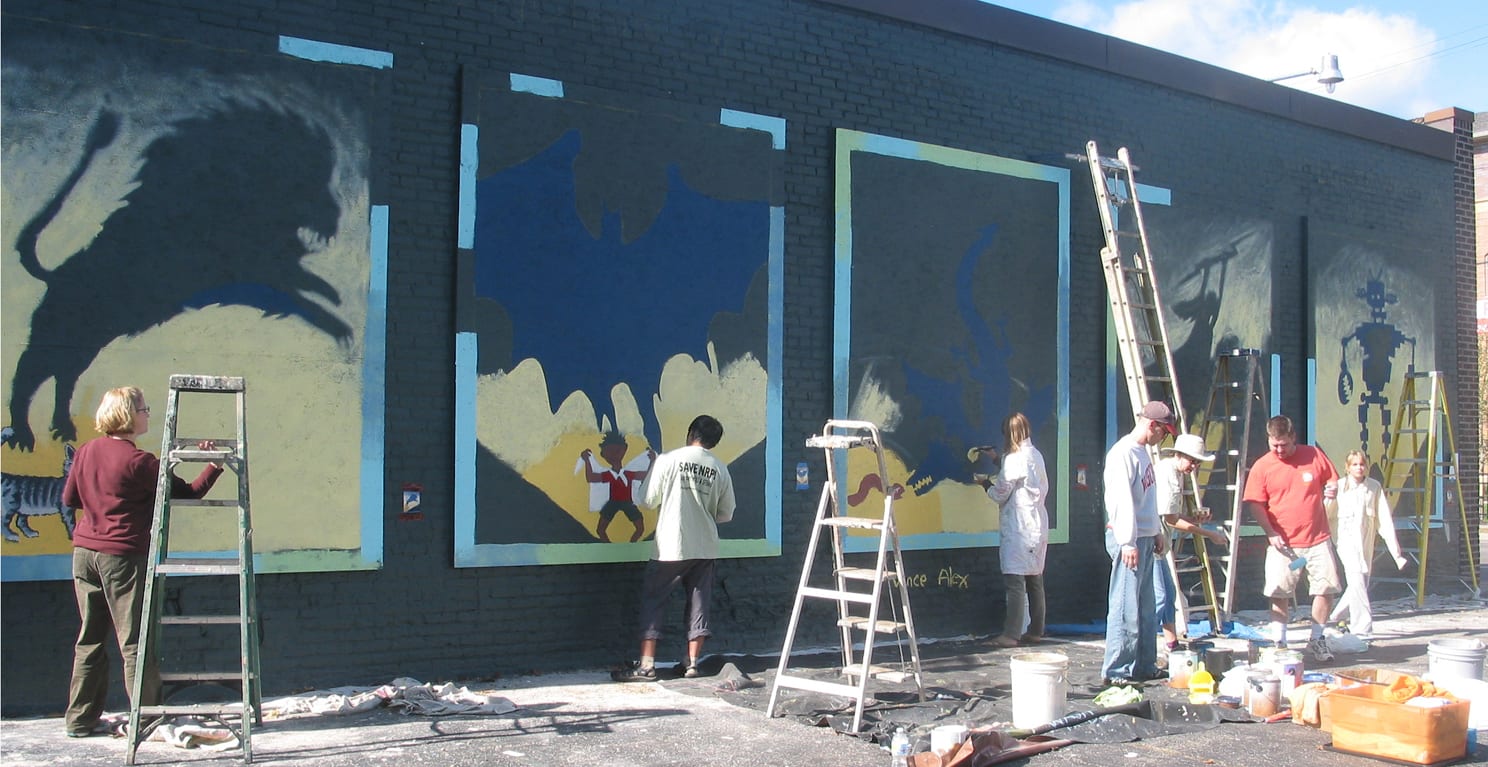 Last summer, people were dismayed to see that the mural at DreamHaven Books (2301 E. 38th St.) had fallen into disrepair. The building’s original paint had begun separating from the wall, taking with it large chunks of the mural.

Because this mural is a favorite of many neighbors, SENA volunteers wanted to restore it. We realized that simply repainting the mural would only be a temporary fix because further deterioration of the wall was likely. We decided to replicate the mural, but this time make it more stable by painting on plywood panels attached to the wall.

Local painter Donnie Olson, of Brushed Monkey Painting, donated his company’s services to remove the deteriorating paint, seal the wall, and paint it the original forest green. His crew primed the panels and attached them to the wall. Elise Kyllo, the original artist, then sketched out the mural.

On Sat., Oct. 15, more than a dozen volunteers—adults and children—turned out to paint the panels. In just a few hours, they brought the mural back to life. People in the community are thrilled. 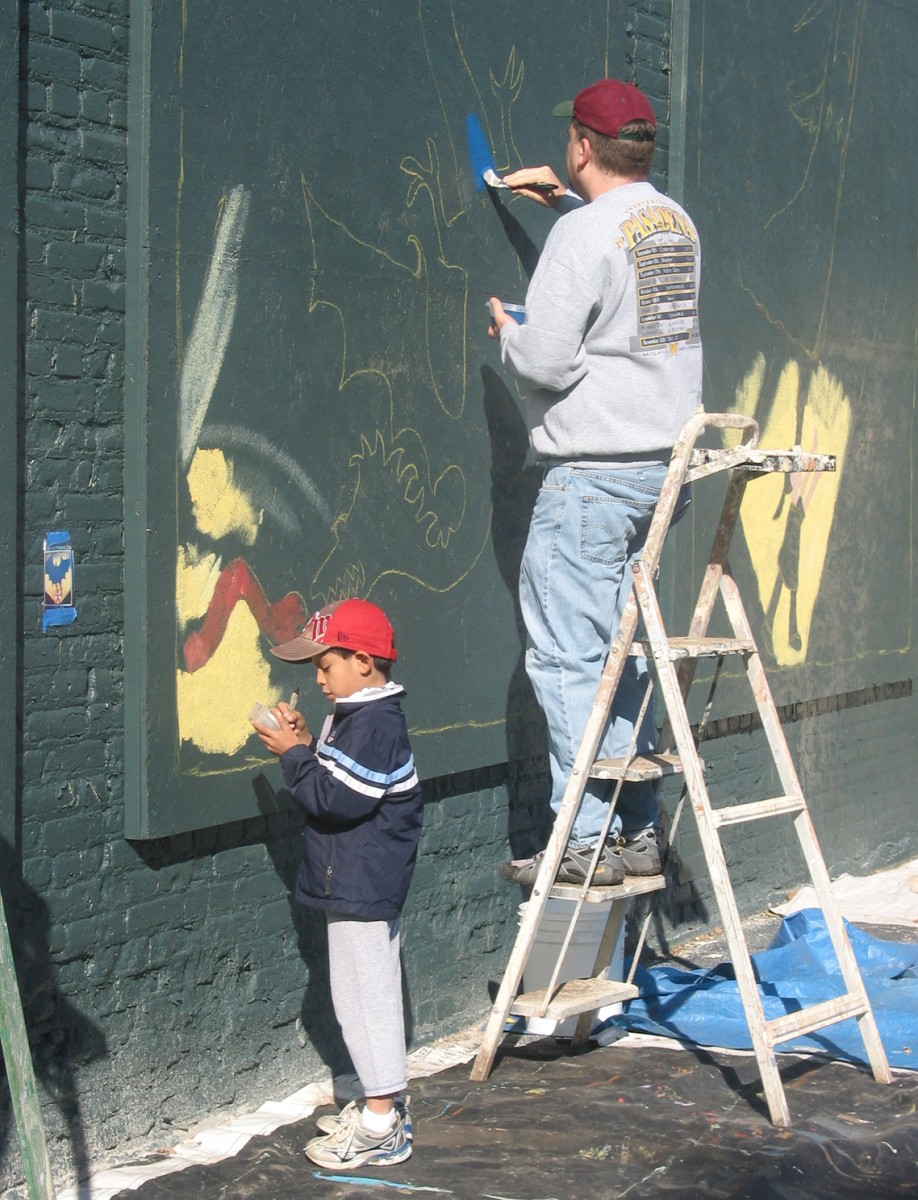 A big thank you to all our painters: Alec, Satya, KTIG, Vince, Alex, Toby, Sovigne, Grace, Kris, Emma, Katya, Kinsey, Jessica, Dave, Carson, and Joe. Of course, a huge thank you to Don Olson and Brushed Monkey Painting, to Elise Kyllo, to Roger at Marathon Gas Station for supplying us with electricity and water, and to Abdelmjid at Tom’s Superette for donating drinks for the volunteers.