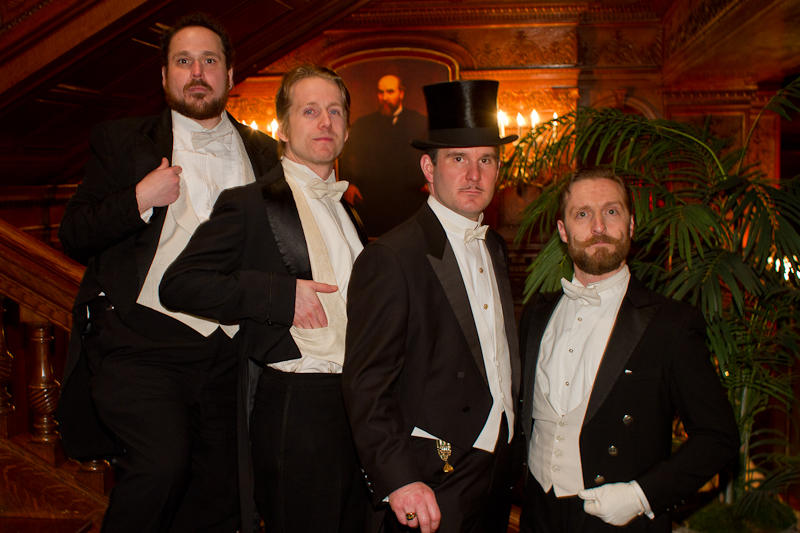 Since I grew up in St. Paul, James J. Hill’s mansion has long provided a fantasy backdrop for how I’d hope to live…someday. (Haven’t quite made it, but you just never know!) I, along with oodles of young gals, toured this landmark as a Camp Fire Girl; we volunteered to be “servants” during MHS seasonal events. As grade-schoolers, we’d tour the house and then be quizzed on the history of St. Paul. In high school we worked catering parties, getting a chance to investigate the more functional rooms in the house. We grew up passionate about F. Scott Fitzgerald and the gilded mansions of Summit, and learning about the legacy families that built St. Paul. We loved having opportunities to physically surround ourselves in history—especially “high society” history!

I’ve also been a Downton Abbey fan since Series 1, Episode 1 (January 9, 2011), so I leapt like a lord at the chance to attend “Christmas at Downton,” the Twin Cities Public Television (TPT) media preview of Season 3, at the James J. Hill mansion. Neither blizzard leftovers, traffic, or freezing temps kept approximately 100 guests away on December 11. Along with members of TPT’s Studio Society, a group made up of TPT’s most dedicated supporters, we were treated to period-costumed staff serving cocktails and treats and an attentive Minnesota Historical Society (MHS) staff sharing insights about how the James J. Hill mansion and its family may have shared some daily life experiences with the Crawley family of Downton Abbey.

Considering that the Hill mansion, finished in 1891, was the setting for both the private and public lives of the Hill family, it was a perfect—in fact, inspired—place for TPT to host this event. Downton Abbey opens in 1912, with the sinking of the Titanic setting the Crawley family into a story of loss, romance, rebuilding…the sort of things that the Hill family were certainly no strangers to.

Upon arrival, guests were greeted by a footman (well, valet), who took our cars away and turned us over to the butler—a dead ringer for Matthew Crawley (Dan Stevens), actually. Handsome! Adorable and gracious maids walked the storied halls with sterling silver trays serving guests salmon, Beef Wellington bites, and cucumber sandwiches, among other lovely canapes. Carolers sung seasonal favorites while we wandered the home and imagined, just for a minute, that the Crawley sisters would wander out of the bedrooms dressed for dinner. 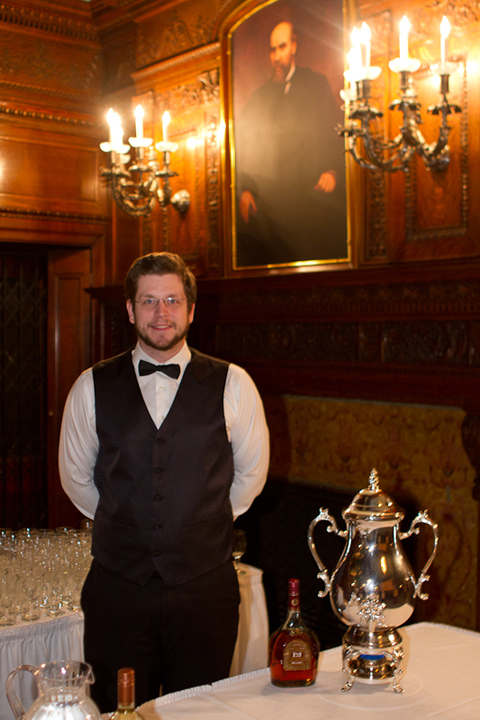 Two period-costumed performers treated us to readings of Dickens’s A Christmas Carol and O. Henry’s “Gift of the Magi” after we were seated for the program. TPT’s director of programming shared some interesting information from Rebecca Eaton, Masterpiece Theatre’s Executive Producer, during a roundtable discussion:

After Downton Abbey, Series 3, Episode 1 began, the captivated crowd was happy to hear the familiar theme song, John Lunn’s “Did I Make the Most of Loving You”; see the familiar credits pop up; and hunker down for 90 minutes of satiating our Downton Abbey obsession. I won’t give away the story (although Wikipedia will if you insist), but there is a sister reunion, wedding preparations (but not a wedding…yet!), some staff labor “issues” and, of course, a meeting of the Grande Dames Violet, Dowager Countess of Grantham (Maggie Smith) and Mrs. Martha Levinson (Shirley MacLaine). So remind yourself to support TPT if you haven’t yet, and on the evening of January 6, pour yourself a cordial and settle in for the TPT2 Downton Abbey premire in your very own “mansion.” I can’t wait to see it again!