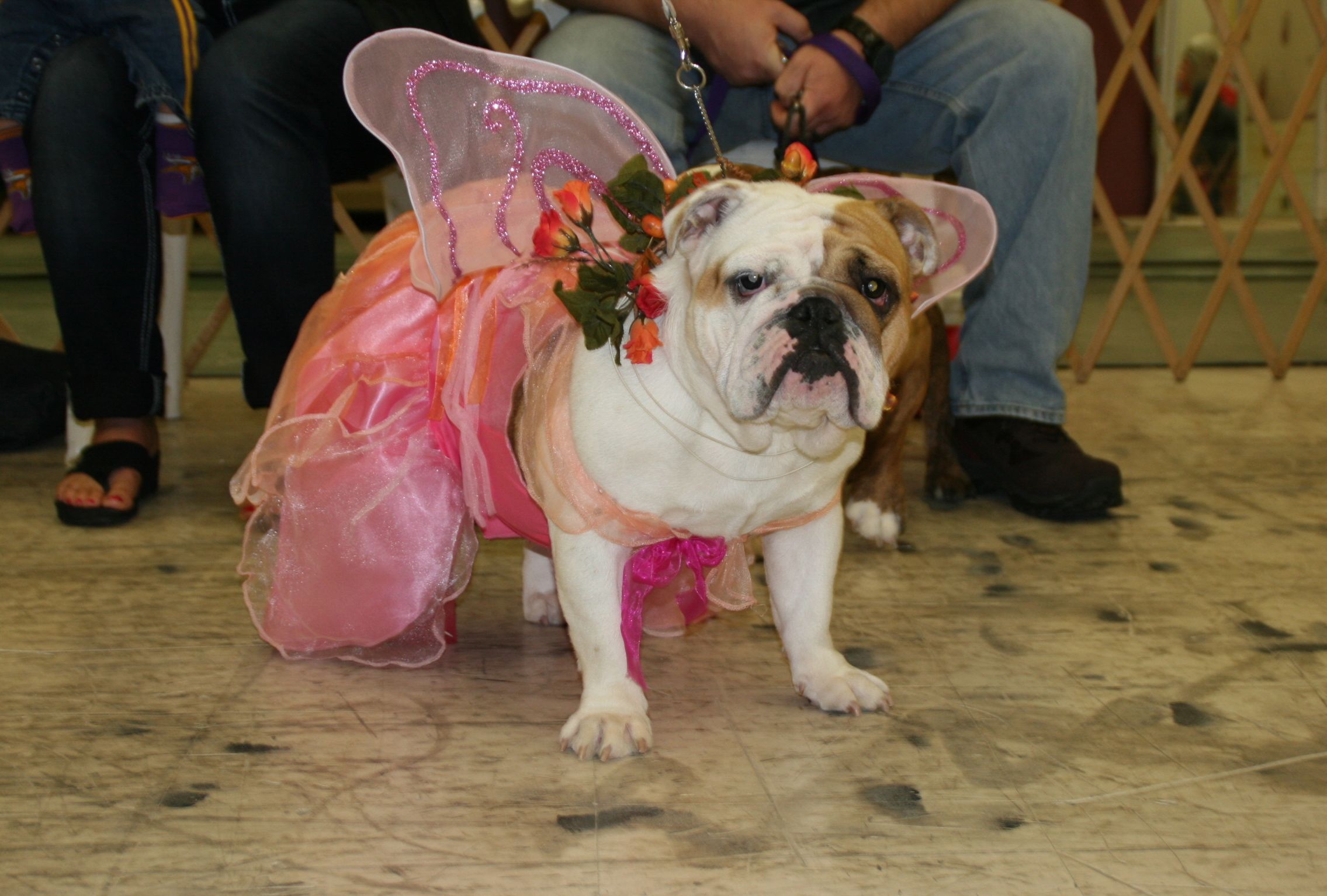 At Wrinkle Social Time, an organization of mostly English Bulldogs and their people, Halloween came early. On October 19, the group met at Pet Supplies Plus in Burnsville for a Halloween costume contest to raise money for Bulldog Rescue, which helps re-home bulldogs.

Bulldog breeder Rita Reingold who helps run the rescue says that there are four bulldogs in rescue, one of which is currently available for adoption. “Rescue dogs are a good option for people who don’t want to have to house train a puppy,” she says. “Older dogs are calmer, they’ve been vet checked and are up to date on their vaccinations. And, they need a new home.” Prospective adoptive dog-parents will need to prove that their homes are suitable for this unique breed.

Reingold says that the rescue group offers people a 30-day trial period. “Sometimes the first week can be rocky and by giving people the 30 days, they dog and the people can adjust.” While prices for well-bred bulldogs can be high, rescue dogs cost between $400 and $500. Many local bulldog breeders believe that if you breed dogs, you should make sure all have good homes. “If you breed, you should rescue.”

A delicate garden fairy named Pearl waits for a treat.

All it takes is an orange t-shirt to change Axel into a pumpkin.

Bulldog Gracie must have arrived in a pupmobile.

Ready to step up the the plate

Spike, an Olde English Bulldog is not very aerodynamic.