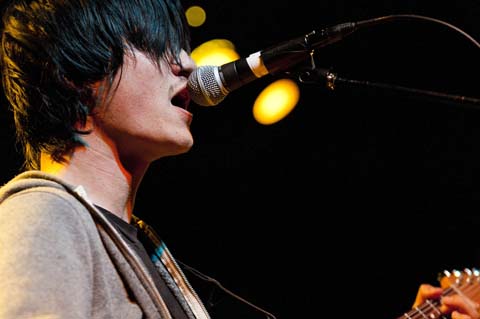 The Dodos. Photos by Stacy Schwartz.

San Francisco band the Dodos brought their brand of folk-infused indie rock to the Cedar Cultural Center on March 23, with openers Reading Rainbow. They are currently touring supporting their fourth album No Color (2011), a great return to form after their 2009 release Time to Die. I’d seen the Dodos twice previously, both at the Turf Club, and as much as I enjoy their records, live is where they truly shine; this show was no different.

They spent most of the main set playing songs off No Color; among the highlights were “Black Night,” “Don’t Try and Hide It,” and “Companions.” The overall tempo and flow of the main set had no real peaks or valleys, which for some bands I might find disappointing, but for the Dodos it worked rather well. Something that had never occurred to me before their set is that their pulsing and somewhat drone-y rhythms almost put you in a trance, but just before the repetition starts to become tiring, they throw you a curveball with a key or tempo change at the very last moment. It’s that keen sense of timing that makes the Dodos unique.

At one point between songs, a woman in the audience asked drummer Logan Kroeber, “Can I sell your water bottle on eBay?”, which got a good laugh out of the band and audience. Kroeber responded, “Only if you wanna lose money. At least steal a piece of clothing or something,” and then threw her a towel he had used to wipe sweat from his brow. It was one of only a few lighthearted moments during an otherwise fairly stoic show. Another amusing moment was when Dodos frontman Meric Long asked the audience, ‘What is it, Wednesday? You’re missing Top Chef! As you should.” He then explained he had met one of the contestants at SXSW. “She’s a bitch. Just kidding!”

The all-too-brief two-song encore closed with an incredibly frenzied version of “Fools” off their breakout second album Visiter (2008). Judging by the crowd’s reaction it was clearly the highlight of the night, and it would have been nice if they had infused a few more energetic tunes like that throughout the main set. 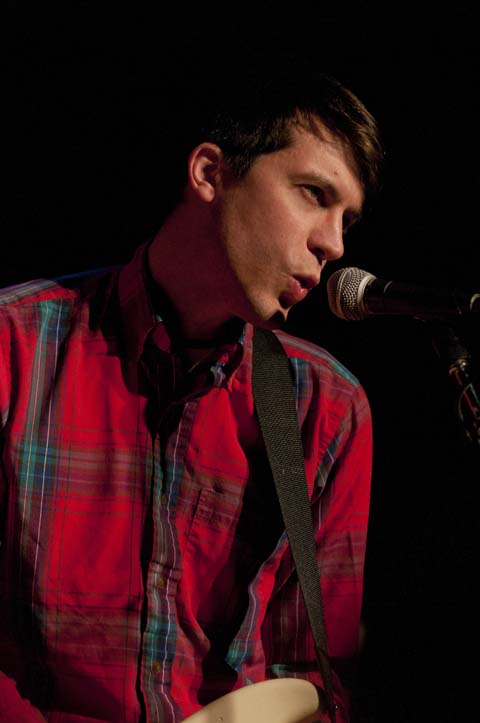 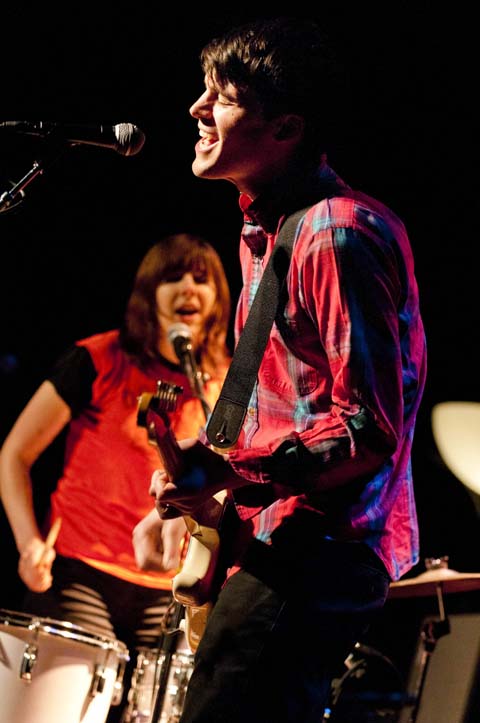 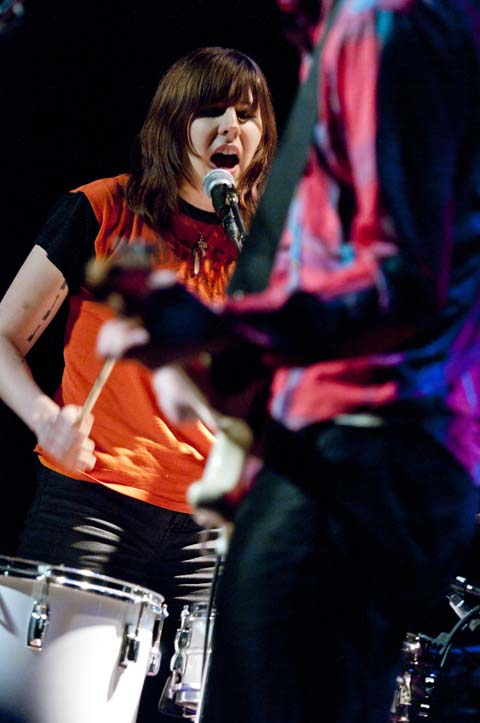 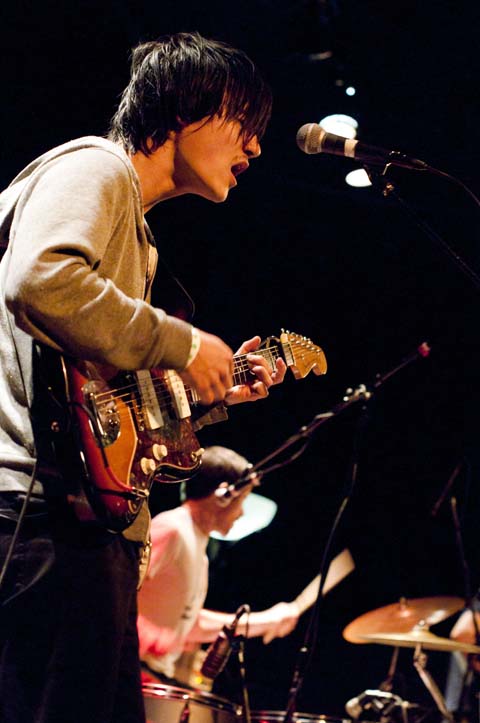 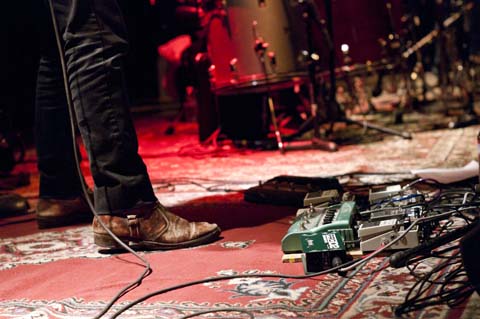 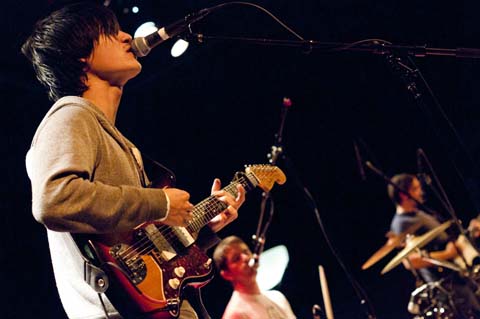 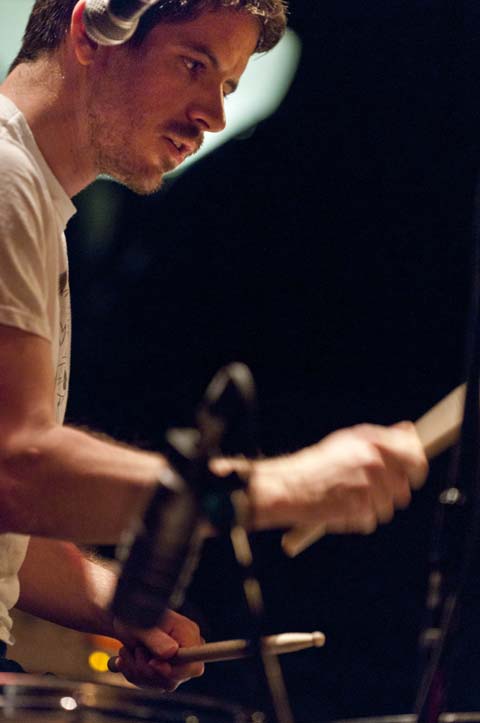 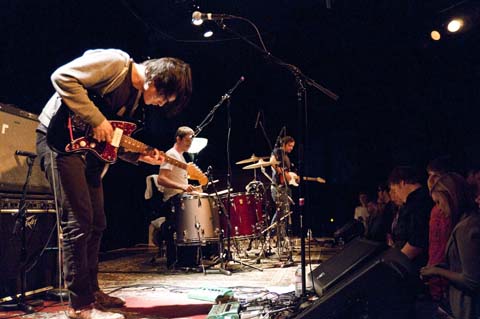 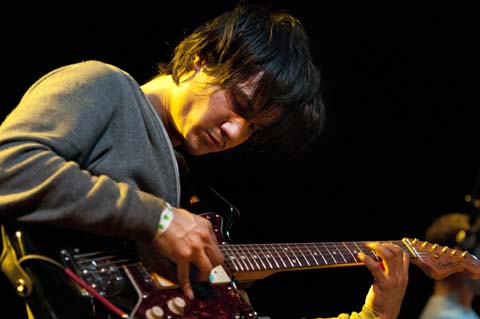 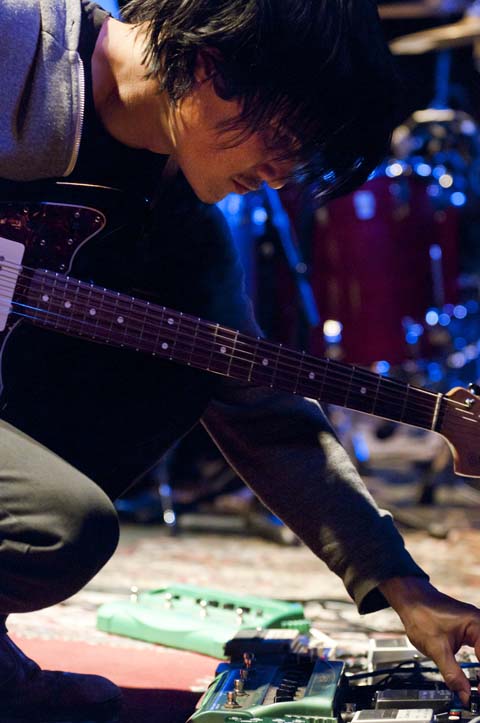