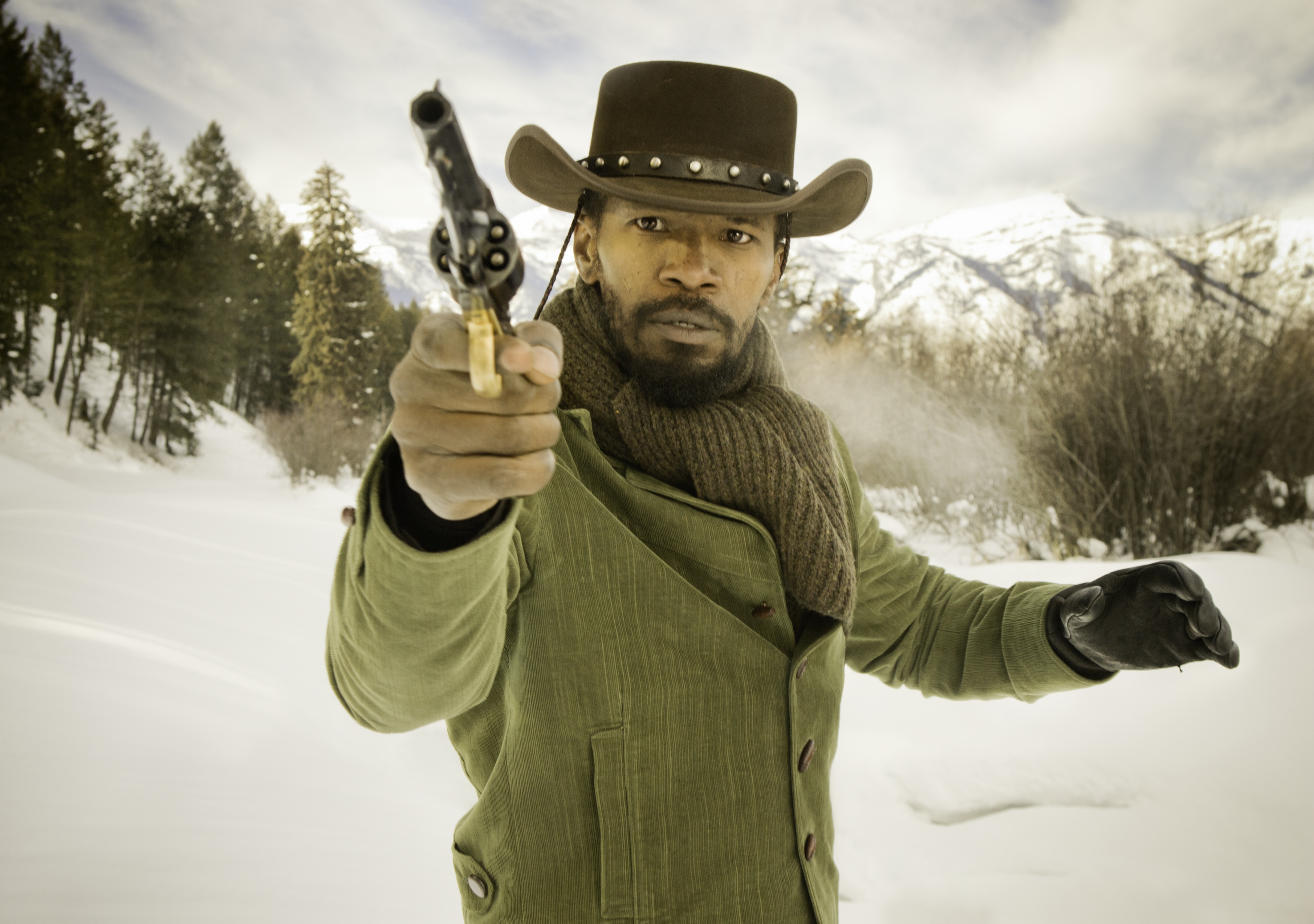 Slavery is the epic tragedy of the American story; the profound horror of generations of human captivity can scarcely be imagined, and two of the season’s most talked-about movies are by great filmmakers who attack the subject with vigor and purpose. Both Lincoln and Django Unchained open discussions of America’s past, but I wonder what discussions moviegoers will—and won’t—have about our country’s present.

Steven Spielberg’s Lincoln is a high-minded historical pageant, a portrait of the president who reconciled moral clarity with political compromise to bring about the definitive end of slavery as the Civil War—and the urgency that accompanied its mounting death toll—came to an end. In Lincoln, slavery itself is seen from a distance; the film’s most prominent black characters are northerners whose freedom stands in poignant contrast to the inhuman exploitation transpiring (we know, but aren’t shown) below the Mason-Dixon Line.

In contrast, Quentin Tarantino’s Django Unchained is set just before the Civil War, in a deep South where the institution of slavery has reached baroque heights of depravity and paradox: blacks and whites have both adjusted to the cruel reality of a world where whites use African-Americans’ mental and physical abilities as convenient, while refusing to permit consideration of the proposition that their slaves deserve human rights. Tarantino rubs our noses in the blood and the dirt and the tears, finally delivering—as he did with Nazis in Inglourious Basterds—a gothic revenge fantasy that offers audiences a sense of catharsis.

The image of a black man laying violent waste to dozens of white slaveowners is hugely appealing for obvious reasons, and Tarantino sketches his characters so skillfully that the stakes feel real—as, for the millions of actual slaves who didn’t have Django’s luck, they were. Still, as Tarantino sent the word MISSISSIPPI roaring across a brutal image of shackled slaves trudging through mud, my thoughts turned to the South as it is—the people who live in Mississippi today.

Yes, Mississippi is still part of the Union, and there are still people living there. Most northerners, in my experience—and I’m including myself—know very little about today’s Mississippians. When I was growing up in Minnesota, almost all of what I learned about Mississippi regarded the century from the 1860s to the 1960s. Films like Glory and Mississippi Burning illuminated the injustices of the Civil War and Civil Rights eras. I’d listen to my dad’s Phil Ochs CD, with a crowd cheering throatily along to Ochs’s chorus, “Mississippi, find yourself another country to be part of!”

Over the succeeding years my travels, like those of many northerners (and easterners, and westerners), skirted but never actually went into the Deep South. My dad took me on a tour of Civil War battlefields, but a weekend-long stay in Richmond was as southern as we got. With friends in college, I drove through the South, with as little delay as possible, en route from Boston to Disney World. Later, I went to New Orleans and didn’t get far from Bourbon Street, went to San Antonio but remained within walking distance of the Alamo, and went to Atlanta but didn’t leave the zone patrolled by tourist cops on Segways. My knowledge of the Deep South remained dominated by images of slave plantations, lunch-counter riots, and Deliverance.

Then, a couple of years ago, I started dating my girlfriend Dana: a Minnesotan who was in the middle of a two-year Teach For America job at a high school in a small city in the Mississippi Delta, as deep as the Deep South gets. I visited Dana twice during her time there, and I recognized the slave-market location in Django Unchained as a city where we’d once gone for dinner.

Two visits totaling maybe 10 days in the Delta hardly make me an expert, but unlike most of the people in the Minnesota movie theater where I saw Django Unchained, I had a fresh mental image of Greenville, Mississippi: not a muddy slave market, but gas stations and McDonald’s and rows of single-story houses. Mississippi had become real to me—it wasn’t just a fantasyland of murderous ghosts pursuing frantic innocents. I’d met dozens of Mississippians, none of whom sneered at me and spat through gaps in their teeth while they loaded a shotgun and hissed unprintable epithets. 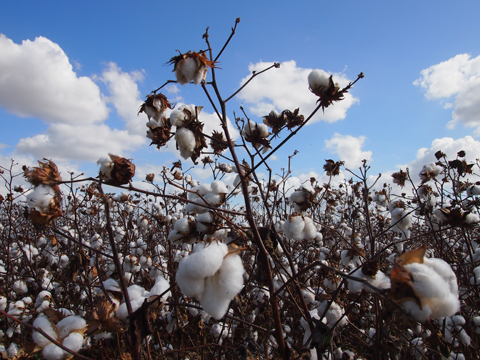 Dana’s since moved back to Minnesota, and one night recently we were talking with a few people we’d met at a Minneapolis bar. When Dana’s Teach For America experience came up and she named the town where she’d lived, one of the guys we were talking with whistled and said, “Whoa. That’s just…I mean, have you ever heard of Emmett Till?”

Yes, she had—and so had I, and so have most Minnesotans. The story of the black 14-year-old who was murdered in 1955 after reportedly flirting with a white woman is often told in American history textbooks—as it should be. But that’s where this man’s, and many non-Southerners’, knowledge of the Mississippi Delta stopped. Dana lived in the Delta from 2010 to 2012, and all that this guy had to say about that was: whoa, Emmett Till.

This widespread ignorance of the contemporary South encompasses both triumphs and tragedies. The Mississippi Delta I experienced is a beautiful land (a little flat, maybe, but so is Minnesota) with a rich and diverse culture, a powerful agricultural economy, warm hospitality, and an easy pace of life where the focus is on family and community. It’s also a place of surprising isolation and institutionalized segregation: thanks to deliberately lax government regulations, in many Delta communities white kids are sent to cheap private schools so as not to be commingled with the black kids at the public schools.

Why isn’t that situation a matter of national outrage? It seems that we’re still busy being outraged over Emmett Till. That’s as it should be, but the nation would better honor his memory by acquainting itself with his community as it is today—not just as it was in 1955. It’s too late to save Emmett Till, but it’s not too late to make a difference in the lives of kids living in Mississippi today: to insist that they be given adequate resources and expanded horizons.

Of course, that might be a lot to ask given how good we non-Southerners are at ignoring injustices in our own backyards. Minnesotans like to brag about the quality of our education system, but we’re not too concerned about our gaping racial achievement gap—one of the largest in the country—as long as our kids are on the right side of it.

Further, if we’re better at remembering Mississippi’s past than we are at recognizing its present, we have the conversely perverse habit of focusing on our own region’s present while neglecting its past.

In 1862, while President Lincoln was trying to find a way to outlaw slavery in the South, he also had to take time to commute the death sentences of 264 Dakota who had been involved in a conflict sparked by the government’s refusal to deliver the food and money that had been promised to the Dakota after we took their land—keeping the name “Minnesota”—for white settlement.

While Governor Ramsey warned darkly that “private revenge” would spell the demise of those prisoners whose sentences Lincoln had commuted, 38 remaining Dakota prisoners were hanged in Mankato. That event remains the largest mass execution in U.S. history, but it’s funny how when you mention Minnesota, not many people whistle and say, “Whoa. That’s just…I mean, have you ever heard of the Dakota War?”

Lincoln and Django Unchained are important films: those who don’t remember history, after all, are doomed to repeat it. We owe those once-chained men and women more than just memory of their plight, though: we owe them memory that’s not selective, and the recognition that their fight for justice did not end with the unshackling of their chains.

Also in the Daily Planet: “My thoughts on Django and black male agency” by Lolla Mohammed Nur