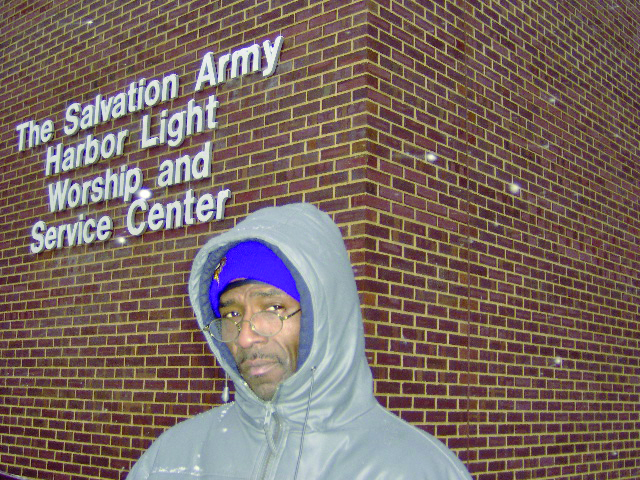 Tony Mayo (above) and Dwayne Blair (below) Photos by James L. Stroud, Jr.

Historically, African Americans have led the way when it comes to disparities in many categories. African Americans were the largest ethnic group undercounted in the 2000 Census. At the same time, Whites were over-counted by an estimated 2.2 million people. This is according to facts and data collected by groups like the National Urban League, the NAACP, the Coalition on Black Civic Participation.

In the 2010 Census, African Americans could possibly experience even higher undercounts due to the national foreclosure crisis, displacement from the Gulf Coast hurricanes, and the miscounting of prison populations reported by the Prison Policy Initiative. While many Americans are shocked at these disturbing reports, others are angry about what they see as the government’s blatant disrespect of Black people.

This anger reinforces Black Americans’ lack of trust for the U.S. government, so much so that many have vowed not to participate in this year’s Census. In search of answers from those African Americans about their reluctance to talk with Census enumerators, MSR visited the Salvation Army Harbor Light Worship and Service Center, located next to a homeless shelter downtown where about 60 or 70 people had gathered.

The first person we spoke with was the tallest man in the crowd who gave his name as Tony Mayo. Mayo was very articulate on the subject of Census participation and clearly let us know that he understands the importance of participating in the Census and plans to do so. However, he also understands the resentment, mistrust and anger by some of the homeless.

Mayo said that he has either worked in, lived in or visited this and other shelters to check on some of the people that he considers family on a regular basis since 1990. He said he is angry and insulted that the homeless are overlooked, and he has never seen Census-takers show up at any of the shelters.

“When it comes to that part of the government locally, I believe that they are cutting corners with the Census,” said Mayo. Although Mayo was not himself a “conscientious objector” to the Census, he directed me to three people he knew who didn’t want to participate in the Census. Two of them were brothers living in the shelter who only offered to talk into the tape recorder and provide their first names with no pictures allowed. I spoke with Harry, who is almost 30 years old, and Daniel, around 21 years old.

MSR: How are you doing, gentlemen. I’m from the Minnesota Spokesman-Recorder newspaper. The government is about to do the Census this year. Do feel that the government overlooks people here in the homeless shelter?

MSR: So how does that make you feel about the government?

MSR: What about the Census? How do you feel about participating?

Daniel: I don’t mind expressing how I feel about the government. I been waiting to express myself for a long time.

MSR: So you guys are not going to participate in this year’s Census. Do you trust the government?

MSR: Do you think they care about Black people?

MSR: So what do the next five to 10 years look like for you brothers?

Harry: Struggling! Raise my family and die, that’s all I can do.

MSR: Nice to meet you. Thanks for talking to me.

Harry: Yeah, no doubt, brother. We gonna let you know real. We ain’t going to sugarcoat it.

We tried next to talk with a few of the women, but they refused to even speak to us, just as they are likely to refuse to talk to a Census-taker who approaches them. The next person willing to speak with us was Dwayne Blair (DB). 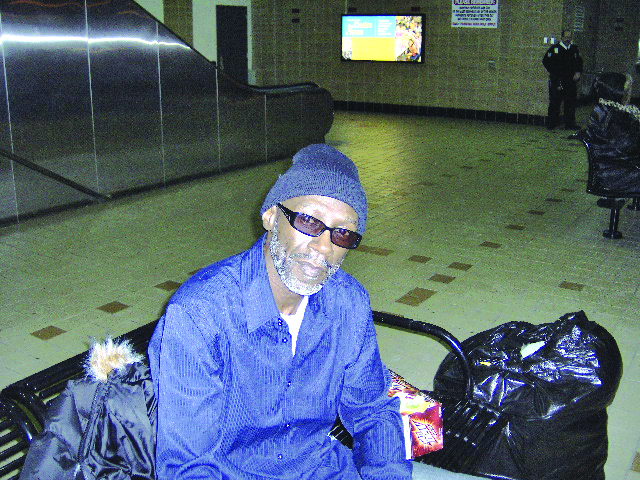 MSR: Are you going to participate in the Census this year?

DB: I don’t think I ever got involved with the Census.

MSR: They never gave you a form?

DB: No, I was incarcerated then, but I got out in 2004. You know, I have never really been accounted for.

MSR: Are you angry at the federal government for overlooking you?

DB: Yeah, I’m angry with the federal government about a lot of things. We were suppose to get a raise this year.

MSR: What is your disability?

DB: I have what you call sleep [apnea].

MSR: So you’re not happy about that, either?

MSR: Most of the people over at the shelter told me that the government has never been over there to account for them.

MSR: Does that make you feel less than important?

DB: Yeah, I think every person should be accounted for – Black, White, whatever.

MSR: Are you going to participate in the Census this year?

DB: I don’t think there’s going to be that many people participating this year.

MSR: Are you one of those people?

We contacted a local Census office manager, William Davine, to ask about the strategy for getting to those people hardest to reach. He said they plan to do a lot of advertising and hiring people from those difficult areas. They also plan to partner with church organizations and few other nonprofits like MAD DADS for outreach assistance.

Since the strategy appears to be the same as in the past, the question arises, “How do we get a more accurate count this time if they do the same things as usual?”

The Census is critical to the distribution of government resources that fund programs like Medicaid, Head Start and employment services. The Census will also determine the number of seats each state will have in Congress.