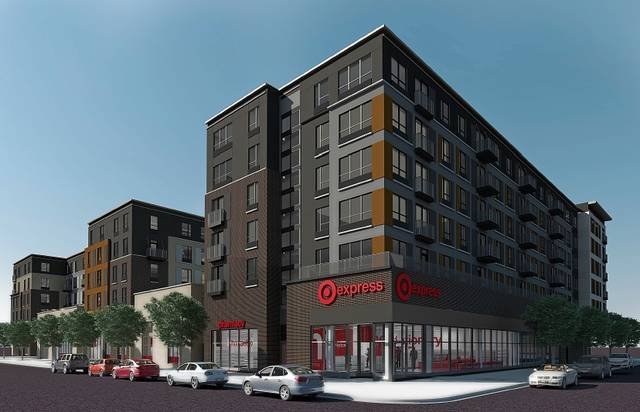 This summer, Dinkytown will serve as the test site for the first-ever mini Target store, dubbed TargetExpress.

The store will be about one-sixth the size of Minneapolis-based Target’s smallest branch stores and will allow the company to open more locations in dense urban locations, Target spokeswoman Sarah Van Nevel said.

The company plans to open the store, which is located fewer than 10 minutes from Target headquarters in downtown Minneapolis, on July 27.

“That proximity will allow us to really dig in and test and learn on a day-to-day basis … so that we can continue to customize and improve the experience,” Van Nevel said.

The inaugural TargetExpress will be at the base of the Marshall, a 317-unit apartment complex on the site previously home to the University Technology Enterprise Center, or UTEC, building.

By comparison, the CVS Pharmacy in the Dinkytown business district is nearly 15,000 square feet.

“This is just going to be a great amenity for us and the neighborhood,” said Susan Jennings, vice president of corporate communications for EdR, the company that owns the Marshall. “I’m sure Target is going to do everything they can to make it successful. That’s what a beta test is all about.”

TargetExpress will model the big store format, Van Nevel said, offering products ranging from electronics and groceries to health items, including a pharmacy.

Van Nevel said the store will reflect comparable prices in the University of Minnesota area.

“TargetExpress will be priced competitively based on where it’s located,” she said.