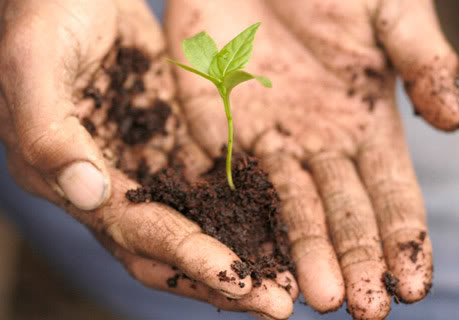 Cities of the future may include widespread urban farming, beekeeping and a locally-grown fish industry, according to speakers at an April 19 forum on urban agriculture at the University of Minnesota’s St. Paul campus. Robert Jones, U of M professor of agronomy and plant genetics, led the discussion. Featured were Will Allen, Milwaukee urban farming pioneer, and Marla Spivak, Senior Fellow in Agricultural Systems at the U of M and a 2010 MacArthur Fellow and U of M professor of entomology, specializing in bees.

Spivak grew up in Denver and found her calling at 18, working for a commercial beekeeper. Her work has centered on the disastrous collapses in bee colonies (Colony Collapse Disorder) of the last three years, which she said are the result of bee nutrition (“the amount of flowers that bees have to feed on”), pesticides (“that we apply everywhere in urban and agriculture environments”), and bees’ own diseases.

She wants to create a “Bee Squad,” modeled on something like the Geek Squad, with a mission of aiding urban beekeepers to restore health to bees, which are crucial to human agriculture and plant ecosystems.

“Bees are telling us to wake up,” Spivak said. “They’re small, we’re big. We have to listen.”

One optimistic point she noted is that First Lady Michelle Obama put two beehives in the organic garden on the White House lawn.

Will Allen is the son of African-American sharecroppers, who went off to college on an athletic scholarship and played for the NBA. After his pro sports career, he returned to his roots, buying the last farm inside Milwaukee’s city limits.

Headquartered in Milwaukee, with some projects in Chicago, Allen’s Growing Power is a non-profit that is expanding urban farming. He said Growing Power now employs 60 people from diverse backgrounds.

Allen emphasized the importance of composting, the process of growing new topsoil, as an urgent priority.  He said that industrial agricultural techniques have made today’s soil 50 percent less fertile than in 1950.

Allen asserted that the new urban farmer will be “highly skilled.” One skill is aquaponics, or fish farming. He believes that 50-75 percent of fish could be grown locally for local consumption. He also said that to produce the food this country needs with strictly organic and non-industrial methods, 50 million people would need to be working in some aspect of farming.

In a time of high unemployment and the continued exporting of U.S. jobs, Allen sees real economic impact in an urban farming renaissance.

He was pleased to see, that from his perspective, some universities are heading in the direction of sustainable, organic food practices and research. “Universities have an important role,” he said.

One significant challenge to universities’ role in urban farming may be that multinational Big Ag corporations are major funders to universities. There’s a Cargill agricultural building on the St. Paul campus of U of M. “Dirt,” a documentary recently broadcast on PBS documents the obstacles that agricultural corporations are putting up to changing our food system: resisting FDA requirements for food labeling about additives or organics, promoted genetically modified vegetables, and trying to stop the centuries-old tradition of farmers’ seed saving.

“But, students are developing gardens on campus–where there’s lots of vacant land. A sustainability degree program is beginning, too,” Allen said. “The best policy change is having a successful model to show.”

Allen believes in working with corporations if there are tangible benefits.

For example, Allen wanted to sell Growing Power’s locally produced food to Milwaukee Public Schools. Sysco, whose website identifies it as a “global leader in selling, marketing and distributing food product” to food services in places like schools and restaurants, has a contractual agreement as the sole food supplier to the schools.

In such a situation, the principled idealist might argue that Mr. Allen should not even deal with Sysco: that by doing so he is legitimizing a corporation that many view as the problem.

“We can’t be so idealistic as to inhibit our ability to help communities,” Allen countered. “We found a way to work with [Sysco].”

Two audience members asked: how can the competing interests of industrial food systems and the new wave of smaller scale, organic and sustainable methods be reconciled in the 2012 farm bill?

“Reduce money being put into commodities, which just props up a doomed agricultural system. Take 30 percent and put that money into sustainable agriculture,” Allen said.

In any event, Will Allen prefers action: “We can’t just sit at the table and talk about it…Food is one thing that connects us all.”

Lydia Howell and Dusty Hinz are co-producers of Catalyst: Politics and Culture on KFAI Radio. www.kfai.org/catalyst