A final report recently submitted by the company that built the new Minneapolis Public Schools (MPS) headquarters, named the Davis Center in honor of W. Harry Davis, claims to have exceeded a 25 percent minority hiring goal by two percent as well as doubling its 25 percent minority subcontractors goal to 51 percent participation. 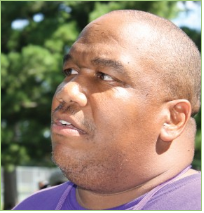 “I was very pleased with Thor, Legacy and Mortenson having diversity on the workforce, including multiple ethnicities, especially African Americans,”MPS Equity and Diversity Director James Burroughs (right) told the MSR last week. But when asked for more specific numbers on how many Blacks and how many Black-owned businesses worked at the site, Burroughs said he did not receive such information from Mortenson.

Early last week the MSR contacted Mortenson for an explanation of why specific numbers on Black workers at the Davis Center worksite were not included in their report. As of press time the company had not responded to our inquiries.

The issue of general contractors such as Mortenson being unwilling to provide more specific information on hiring and contracting with Blacks has been an ongoing one. Listing Blacks and other people of color under a single term, “minority,” with no specific breakdown as to how individual “minority” groups are represented on large construction projects means that it is entirely possible, judging from the reported numbers alone, that no Black workers and no Black subcontractors benefited from the “minority” hiring goals. The actual extent of Black participation is not disclosed.

MPS Media Relations and Public Affairs Director Rachel Hicks, when asked for more ethnic-specific information, told the MSR that “disaggregating the data requires additional time” and “unfortunately” they would not be able to furnish such information by press time. “I want to reiterate that we are confident that African Americans had representation in the [workforce and subcontracting] numbers,” she said.

MPS Chief Communications Officer Stan Alleyne says that the new $41.7 million MPS headquarters is part of an overall plan “to create a sustainable system and process for us to do more business with companies and individuals of color.”

Alleyne says James Burroughs “has embedded a process that when we have significant contracts, try to approve a contract, or advertise a contract, to really think through if you can work with a company or an individual from a diverse background… He is trying to create a sustainable system, not just for this building but also for all [MPS] business.

“It’s in almost every conversation. It’s one of the priorities of the superintendent and [the school] board,” says Alleyne.

The new Davis Center at 1250 West Broadway in North Minneapolis is set to officially open in September.

“What better way to serve the community and be a part of the community than to move somewhere where the majority of our students are from?” said Alleyne during an August 2 tour of the new headquarters. “We feel like it was important to engage the community and find out what they wanted us to do, and…they indicated quite clear early on that residents on the North Side wanted us to be here. When you move to a place like this, people can easily see what you’re doing.

“When you move to a place like this, people can easily see what you’re doing.”

“We do talk about the importance of getting out and about in the community,” continued Alleyne, adding that MPS is committed to the North Side’s economic development. “We have been working with the West Broadway [Business] Coalition” and other local organizations in this regard. We have been working with folk to give us ideas on how to become a part of this community, and some of us already are part of this community.

“We are bringing 600 people to the neighborhood… We can have up to 800 to a thousand people here on a busy day,” Alleyne said, explaining that the new building allows MPS to bring to one central location four different programs previously housed in various locations around the city.

With an estimated 70 percent students of color now attending MPS schools, “We thought it was important to show that we support families in the community,” said Alleyne. “We’re here, and we’re among the people we are charged to serve.”