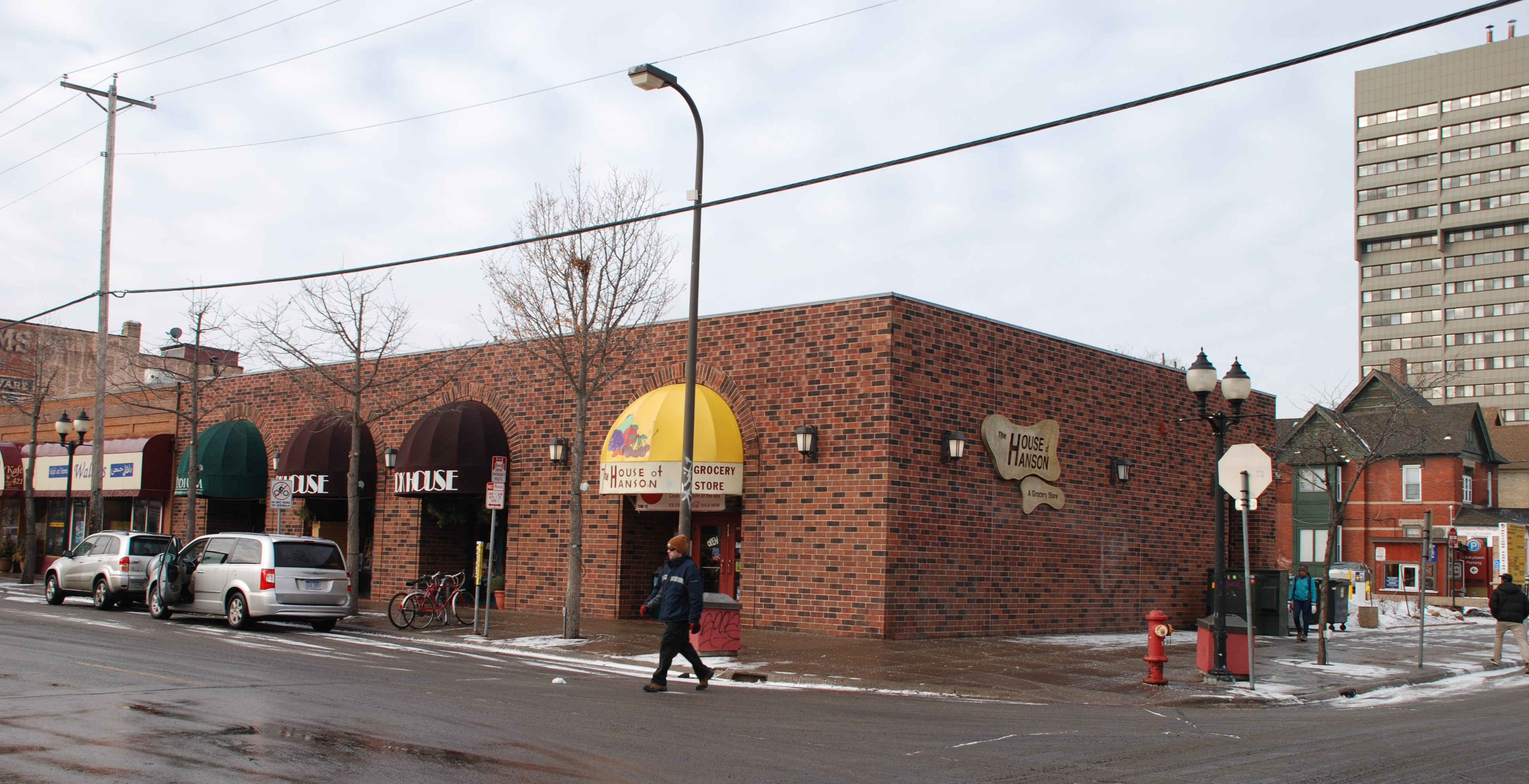 Third in a ten-part series. Previously, part 2: Threatened by success.

Change seems to be the one constant in Dinkytown.

Dylan wrote that he made three to five dollars every time he played at the Ten O’Clock Scholar, which he described as “a Beat coffeehouse” at the corner of Fifth Street and 14th Avenue. That site had also housed McCosh’s bookstore, which later moved to Fourth Street.

The Scholar site became a Burger King and its parking lot; today it has a yoga center, a Subway, a Pizza Hut, and their shared parking lot.

Across 14th Avenue, the House of Hanson, the Book House and the Podium may be torn down for the new Opus mixed-use, multistory apartment building with commercial businesses on the street level. Much of the space behind them is Dinkytown’s largest parking lot, the hair salon, and a pizza place that will be taken.

Walter Johnson, who is now professor emeritus of physics at the University of Minnesota, graduated from Marshall and, except for a year at General Electric in Schenectady, New York, spent his entire life in the Marcy-Holmes neighborhood.

He remembers the House of Hanson as an ice cream parlor, and he remembers the woman, Rose Hanson, who ran it. “The only one I remember running it was the mother,” Johnson said. “I went in there, but not very often.”

Mary Kay O’Hearn, who was in Walter Johnson’s high school class, recalled that Hanson made her own ice cream. “They’d always try new things and one of them was licorice ice cream,” she said.

Henry Oscar Hanson founded the store on October 3, 1932, back when 35 cents was a good day’s profit and a quart of ice cream sold for 25 cents, said Hanson’s granddaughter, Laurel Bauer, who now owns the business and the building.

After Hanson died young, Rose Hanson ran the store. “Many people, including high school students from Marshall, called her Ma,” Bauer said. The House of Hanson was first a café, then an ice cream parlor and a soda fountain with groceries.

The Hansons’ son Robert Hanson bought the business from his mother after 20 years of working for wages. He closed the soda fountain in the 1960s. “I bought the store from him. None of us got nothin’ for nothin’,” Bauer said jokingly.

The original House of Hanson was attached to the family’s attached home behind the store. In the 1970s, the Hansons moved the home to the riverfront and the grown Hanson children owned three homes on Seventh Avenue Southeast.

The current store was built about 1973. “This is not a historic building,” she said. When it opened, it housed the House of Hanson, House of T-Shirts, House of Waterbeds, and India House. The Podium and the Book House moved in later.

At one time, Dinkytown had three grocery stores, Bauer said. In those days, every corner had a store before people got into their cars to drive to Cub Foods or the Quarry.

“The perception of the convenience store is that it is overpriced,” she said, “but the prices of some items compete with Cub.”

Bauer said CVS Pharmacy in Sydney Place, another new mixed-use development at the corner of Fifteenth Avenue and Fourth Street, took 30 percent of her business. “People come in here carrying CVS bags, maybe to get things they couldn’t find there. Why don’t they come here first and then go there to look for what they couldn’t find?”

A rumored grocery in the new building on the UTEC site could hurt even worse. “I don’t know for sure [whether it has a grocery], but it has 20,000 square feet for retail. Our store has 1,100 square feet,” Bauer said.

The closing of UTEC with close to 90 businesses meant the loss of 1,000 people a day “that we don’t see any more,” Bauer said. The city then doubled the taxes on the three land parcels that comprise her Dinkytown parking lot behind her building, she said.

“I didn’t go looking for this situation,” Bauer said. “It presented itself, and it’s just the right time for my family” to leave the business.

Next, part 4: The Book House fights for its life.