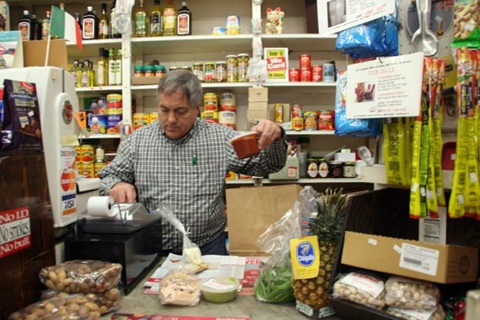 In 1929, two brothers from Italy saw an opportunity to bring the food of the old country to Italian Americans living in the Beltrami neighborhood of Northeast Minneapolis, a Little Italy on the frozen tundra. While the neighborhood has changed a bit, Delmonico’s Italian Foods hasn’t. It’s not new and shiny. It hasn’t been remodeled. It’s a place out of time, and three-plus generations of customers keep coming to buy Italian and to socialize.

Walk in and it’s chaos, in a good way. The aisles are so narrow you have to stand sideways to let someone pass. Products are shelved without much attention to category: jars of lupini beans can be found on three different shelves, dry pastas from Italy are everywhere. So is olive oil. Most of the canned tomatoes are behind the counter, but a few cans sit in the candy aisle. If you can’t find what you want, just ask.

The store is still in the family, operated by cousins Terry and Bob Delmonico. They ‘ve worked at the store since they were kids. “We didn’t have a choice,” says Bob. “We did what our dads told us to do. But it’s been a real treat.”

Walk in and they’ll greet you, even if they don’t know you—but they know almost everyone. 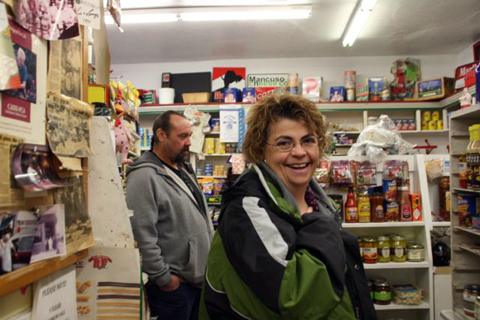 Folks from the neighborhood and folks who were once were from the neighborhood make the trip every week to stock up on their favorites. Some of the big draws are the Delmonico’s homemade Italian specialty items, like the hand-made gnocchi and a variety of wonderful stuffed meat, cheese, and vegetable pastas. Try the stuffed shells and the rigatoni, ready to boil or bake. (Just boil the rigatoni for six to eight minutes or put it in the oven covered with one of their sauces for a hour, Bob says.)

People also come for the Delmonico’s Italian sausage, hot or mild and the meatballs ($4.99 for a pound bag, Bob tells me without my asking) found in the tiny freezer. Their delicious red marinara, Alfredo and pesto sauces are popular, as is the ready-to-bake pizza crust. There is a large selection of packaged and canned Italian items as well, and Italian brands of dark ground coffee. 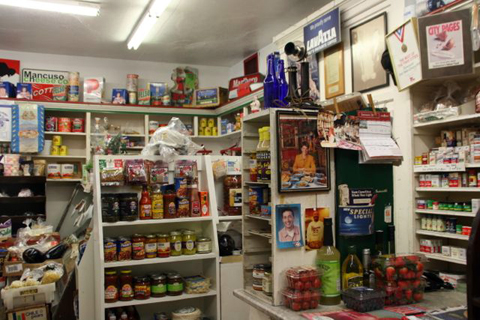 Prices are good. The large fresh loves of bread from the Country Home Bakery in Forest Lake sell for $1 each. Two pounds of fresh strawberries sell for two dollars. A gallon jar of sliced jalapenos goes for $6.95.

Desiree Scott, who still lives in the neighborhood, has been coming here since she was a child. “We used to ride our bikes to the park and play, and then come in for a sample of salami,” she says. Terry makes suggestions—he knows what she usually buys—recommending the salami and the provolone, a quarter pound for grandma back at the house and a half pound for herself. 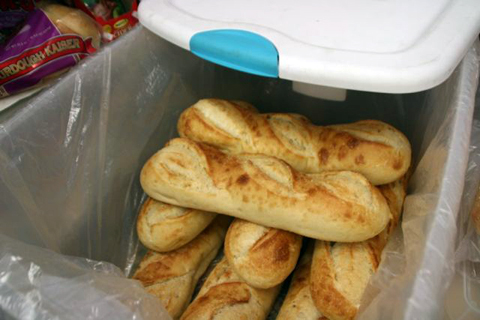 “You want salad, Desiree?” Terry asks. “Caramel rolls? Eggs? Crescent rolls?” He adds up her order on an old adding machine. There is no cash register.

“The guys won’t let you forget to buy something,” she says.

In addition to the classic Italian foods, you can find an unpredictable choice of neighborhood grocery store items, as well. There’s cranberry-pomegranate juice (add vodka, says Bob), yogurt, frozen chicken, Nathan’s Kosher Hotdogs, and one five-pound bag of half-sized marshmallows selling for two dollars. “You can make Rice Krispie bars with those,” says Scott. “That makes a good breakfast.” 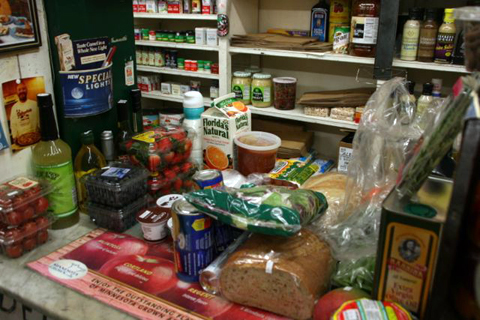 A steady stream of regular customers, like Jon and Mary Solz, enter the store and the owners greet them by name. “It’s our Saturday morning tradition to come here,” Mary says. “It’s always an adventure. I have to come I and check everything over because it’s always changing.”

“Don’t give her the dirt about us,” Bob jokes about me. “Tell her what nice guys we are.” 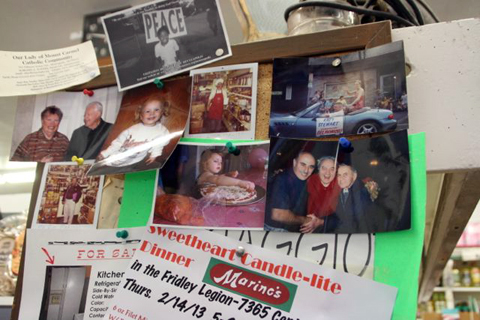 Old photos and newspaper clippings about the family and the store, dating back to the 1970s, are taped to the walls. There are collectibles for sale: children’s books from the 1950s and ‘60s, a 1930s telephone, a child’s red wagon and ancient jars of shoe polish (including Shinola). Bad checks dating back to 1964 are still posted. 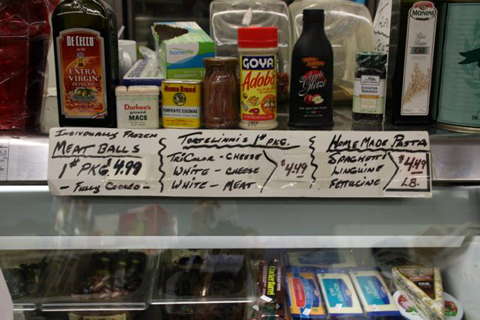 The three buildings that house the business have been on and off the market off for about 10 years, but the cousins have no plans if it does finally sell. Until then, they plan to keep working for the time being. If it doesn’t sell, they hope that the new breweries in the area will bring in new customers. There is no next generation to take over the store and both owners are nearing retirement age. So, go now, before this becomes just another hip and trendy artists’ hang out.

Delmonico’s is at 112 Summer St. NE. It’s closed on Sundays and Mondays and has short hours other days. Sometimes, they’re just closed. Call 612-331-5466 before you go to be sure they’ll be open. 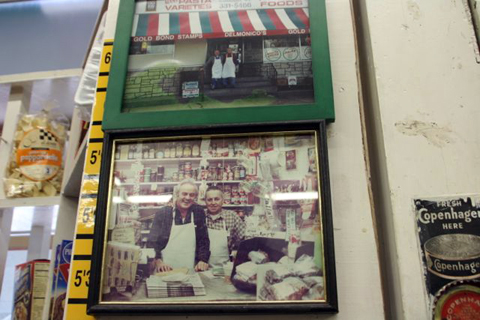