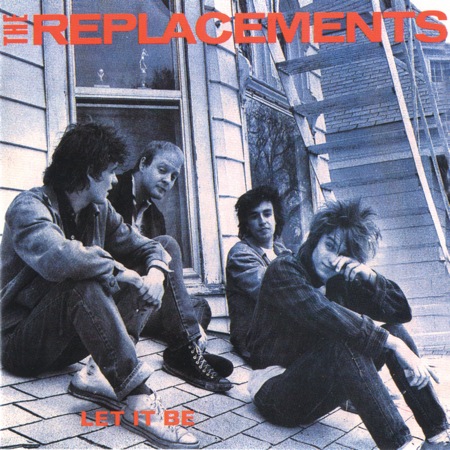 I like the Gasthof as much as the next guy, but still, when I most recently went looking for a new place, there was never any doubt in my mind that I’d stay in Uptown. For the love of God, you ask, Why?!

For starters, there’s the history. Uptown is Minneapolis’s historic Cool Neighborhood. The Twin Cities have plenty going for them today, but Minneapolis’s high point of cool came in the 80s, when Prince was reshaping pop and the Replacements and Hüsker Dü were writing the songs that, 25 years later, bands from the other side of the world are still playing when they come to Minneapolis. Prince was off in his own dimension, but where did the Replacements hang out? Uptown.

I was hanging out in fourth grade in Duluth when Let it Be was released, so I don’t have any stories about spending wild nights at the Uptown Bar or almost getting puked on by Paul at the CC Club, but by the time I was in high school and college, my cool older cousin Sara—who was in one of the first classes to graduate from the Perpich arts school, who introduced me to the music of Tom Waits and 10,000 Maniacs, who took me to my first concert (Run Westy Run and Zuzu’s Petals at the Entry, circa 1990), who hung out with people like Arzu Gokcen—lived in Uptown, and the way my family talked about it, there was no other possible place Sara could have lived. Uptown was Where the Cool Things Were.

Over the past 20 years, Uptown has gentrified at a rapid pace, with chain stores making the Calhoun Square developer’s dream of Lake and Hennepin becoming one big mall increasingly close to reality. Economy schmeconomy, high-end condos keep popping up all over Uptown, with names like “The Murals at Lyn-Lake” trading on the neighborhood’s “hipness,” which as construed by real estate developers is a very different thing than the “coolness” the neighborhood used to have and that now has supposedly migrated to Northeast.

There’s now only one rock club in Uptown (Cause), and it’s not one of the best rock clubs in town; I’ve seen some fun shows there, but as a venue it can’t hold a cigarette lighter to the Entry, the Triple Rock, the Turf Club, or even the 400 Bar. Being the only rock club in Uptown, it’s often overcrowded with people who are less likely to be there for the music than are audiences in other parts of town. And yes, they’re sometimes wearing Uggs.

But still, I love Uptown. Maybe part of it is that I grew up near the University of St. Thomas in St. Paul, surrounded by the kind of people who were afraid to come to Uptown in 1991 but love hanging out here in 2011—so I’m less allergic to Uggs and North Face fleece than others might be. But the bottom line, for me, is that even if Uptown doesn’t have the bleeding-edge cachet it had a quarter-century ago, for an unmarried/unchild-ed person who goes out a lot and gets around on a bike, it’s still the most livable neighborhood in Minneapolis.

The density of Uptown is just right: a wide range of affordable housing options (especially if you consider Whittier part of Uptown), with dozens of great restaurants and bars within easy walking and easier biking distance. The visual art scene may now be sprawled across Northeast and the music scene based downtown and on the West Bank, but Uptown is still a hotbed of indie theater: there’s the Jungle, the BLB, the Theatre Garage, HUGE Improv Theater, and Intermedia Arts. Uptown is the best place to buy music, with the Fetus to the north and Cheapo to the south. Uptown is the obvious choice for movie-lovers, with the Uptown and the Lagoon right in the heart of things and the Showplace ICON and the Trylon Microcinema within reach. And food is a slam dunk, from Hennepin to Lake Street to Eat Street. Coffee shops? Did somebody say coffee shops? I’m not even going to start to list the dozens of Uptown options for java aficionados. And if you actually feel like getting out into the fresh air, there are lakes up the wazoo. The Midtown Greenway slices right through the middle of Uptown, providing easy bike access to a wide swath of the city.

I’m not denying the vitality of Northeast, the fun of downtown, or the virtues of any other Minneapolis neighborhood. But if you take a break from carping about gentrification and actually stack up the things that make a neighborhood a great place to live, Uptown still comes out on top. That’s why I’m happy to call it home.

Adapted from a post originally published in The Tangential Ruins Minneapolis.