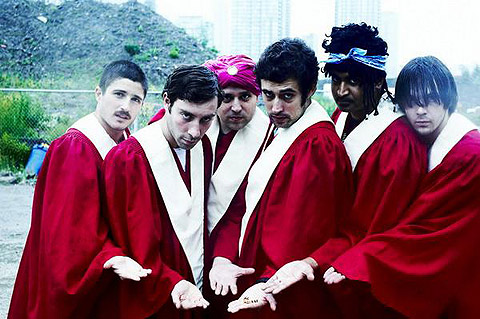 It was close to a year ago when I first approached Barry Kryshka, the owner of the Trylon Microcinema, about creating a series called “The Defenders.” We discussed the series for close to three hours that night to see how we could make it work and what it would entail. The idea was very simple: bring in a local personality from the Twin Cities area, whether it be someone in film, a writer, a musician, or someone from the arts community—and hopefully, at some point, a local politician—and have him or her pick a film that he or she cherishes or regards as a guilty pleasure and give them the opportunity to defend their selection.

The idea of “The Defenders” came to me a few years ago with two separate film programming screenings. I attended the 2009 Seattle International Film Festival and came across something called “the Secret Festival,” where a film is presented that could be “an early release of a new film, an incredibly rare film, or perhaps a work in progress by a cinematic genius.” And to make sure that you don’t spill the beans to anyone on what you saw, they even make you sign an Oath of Silence that lasts forever. I didn’t attend a film in “the Secret Festival,” but it gave me an idea to do a similar concept in the Twin Cities. We won’t have an “Oath of Silence” with “The Defenders” but it will be modeled similar to what Seattle has done.

The other inspiration for “The Defenders” came from the nationwide screening program developed by American Film Critic Harlan Jacobson called “Talk Cinema,” which has been happening for close to 18 years. Screenings of “Talk Cinema” take place Saturday mornings, usually at the Edina Cinema, and a local film critic introduces a film that is weeks away from being released, or in other words, an advance screening, but you don’t know what the film is until the lights go down. After the screening, the film critic discusses the film with the audience and they fill out comment cards about the film.

While I don’t know how the screenings will go, I’m thrilled that “The Defenders” has finally taken shape and there will be three screening dates (all at the Trylon): June 15, July 20, and August 17. The first film will be chosen by Dean Otto, the film/video associate curator at the Walker Art Center. Star Tribune film critic Colin Covert will be up July 20, and finally there will be yours truly on August 17. Friends and other film cinephiles in town have been asking me what the selections are going to be, but I’m keeping my lips sealed, so you’ll just have to come and see for yourself. We will only be talking about the film at the screening and once it concludes, we won’t be discussing it ever again. I can tell you that I’ve got close to seven different film choices at the moment, but probably won’t decide until about a week beforehand.

I’m hoping more than anything that people come to discover a film they have never heard of, have completely forgotten about, or something might have seen ages ago and never considered giving a second chance—and that an angry, entertaining funny and informative dialogue happens after the screening. And I promise, next week’s blog entry won’t concern anything that I’m directly involved in.

Photo: The Almighty Defenders, a band related to the film series only in name.