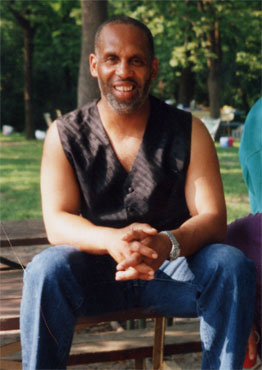 In May of 1970, St. Paul police officer James Sackett was fatally gunned down when he and his partner answered a bogus 911 call reporting a pregnant woman going into labor. The call was determined to have been placed by Connie Trimble, who was tried for the murder in 1972 and acquitted.

The transcript of the Trimble trial has apparently been misplaced and cannot be located. Neither the murderer nor the murder weapon was ever found. These are the facts that are not in dispute.

However, a joint task force consisting of the FBI and Ramsey County prosecutors have reopened the case and indicted former St. Paul residents Ronald Reed and Larry Clark early this year. Reed and Clark have remained in custody the entire time since. At the time this is being written, the original trial date of October 3 had been moved back to November 7.

The prosecution had planned to allege that Reed and Clark were acting on behalf of the Black Panthers and conspired to slay Sackett as part of an agenda to curry favor with San Francisco-area Black Panthers. The judge overseeing the trial, however, has indicated that the prosecution’s use of that scenario in the trial will be limited; there is no record of there ever having been a Black Panther organization in the Twin Cities, fledgling or otherwise.

The prosecution is therefore said to be planning instead to use the somewhat vague “catch-all” allegation that Reed and Clark were pursuing some sort of “Black militant” agenda.

Although the 35-year-old unsolved case received prominent media attention in January upon the indictment and in May of this year on the anniversary of the slaying, attention will likely shift back into high gear as the trial begins this week. The Minnesota Spokesman-Recorder recently had an opportunity to hear directly from one of the two defendants, Ronald Reed. This is the first time that Reed has provided any comment to any media outlet.


“I have mixed emotions as far as the information. I don’t want to seem to be self-serving; my biggest concern is that all the facts be considered and that people are able to make a judgment based upon what the truth is and the facts.

The witnesses for the prosecution apparently do not have direct knowledge of the details of the crime. It is expected that they will, however, attest to knowledge of criminal activities that Reed and Clark participated in and/or planned. Much of the testimony by these witnesses is expected to consist of supposed admissions by Reed and Clark, as well as the “word on the street” at that time.

Trimble is expected to testify that she had been put up to making the call that lured Sackett to his death. After her acquittal in the 1972 trial, Trimble was not immediately freed, as she had been held in contempt of court for not revealing who had driven her to the phone booth from which the call had been placed.

The post-trial coverage in the March 17, 1972, St. Paul Pioneer Press noted that “Miss Trimble had admitted in her testimony that on the night of the killing a man drove her to a public telephone booth at Selby and Victoria and gave her a card on which was written the message she was to call to police.

“…she admitted to officers she was the one who had made the call but claimed it had come about through an anonymous letter she had received. She said the letter advised her that if she could get police to [the address where the shooting later occurred] that night they would break up a marijuana party and would arrest a man against whom she was carrying a grudge.”

The article went on to note that when Trimble was asked by the Ramsey County prosecutor who had driven her to the phone booth, she refused to name the person. When she refused the order by the trial judge to provide the name, she was held in contempt. In all, both pre and post-trial, Trimble spent 17 months in jail.

“So I can understand that, given my relationship with her at the time — she is the mother of my daughter — I can see why I would be considered a suspect.

“Seriously though, in fact, in 35 years, not once had I ever been questioned or asked just what the nature of my relationship with Connie was at that time, or whether or not I was involved in the incident at all.

“[We had made] an appointment [for the polygraph]. I came all the way to Minnesota and I called them to verify the appointment, and they had canceled with no reason [given]. Then, six months after that, they [the grand jury] indicted me.”

A grand jury is a panel of citizens who hear the prosecutor’s side of the case, with no defense or cross examination of witnesses. The burden of proof to issue an indictment is “probable cause,” rather than the more stringent “beyond a reasonable doubt” standard that is required in a court of law for this type of case.

“I find that to be strange: If you’re going to conduct an investigation, you should at least talk to the suspect, especially if the suspect is offering to talk to you.

“It makes me wonder what’s going on.

“Other than that, I question the investigation techniques and the witnesses [referring to hearsay evidence from eight people who made deals or are being paid for testimony… There is no direct, physical evidence to indicate who committed the crime.”

One witness allegedly cooperating with authorities in exchange for a possible lessening of his own 30-year prison sentence claimed to know the location of the murder weapon. However, when he was taken to the site no weapon was recovered.

“It’s coming down now, with the witnesses they have, almost to a ‘he said/she said.’ There are no corroborating witnesses out of all the people in St. Paul that I was involved… That concerns me.”

Several of the people who could possibly provide relevant testimony are now deceased.

“With respect to charges brought against me, my conscience is clear. I harmed no one. As to who is responsible for Officer Sackett’s death, it is as much a mystery to me as it is to anyone reading this article.

“My primary concern is that so far as the majority media is concerned — and I understand that they’re there to make money — they have just presented one side, and presented allegations and speculation without one scintilla of evidence to substantiate these things.

“And that concerns me.

In the King James Version, those verses read:

“I am forgotten as a dead man out of mind:

For I have heard the slander of many: fear was on every side.

While they took counsel together against me,

They devised to take away my life.

But I trusted in thee, O LORD: