Audience at Minneapolis school board meeting (Photos by JL Stroud)

UPDATED October 17, 2010—A decision on a proposal to close Minneapolis North High School, made public last weekend, might now be delayed even past November after a large and vocal contingent of the school’s supporters packed Tuesday’s regularly scheduled meeting of the Minneapolis School Board.

“Nothing will be voted on tonight,” announced board member Chris Stewart during the October 12 meeting, which he chaired. Several times during the sometimes contentious three-hours-plus meeting, Stewart warned the overflow crowd of 100-plus not to show their “Save North High” signs or interrupt Superintendent Bernadeia Johnson while she explained her reasons for recommending the closing of the city’s oldest high school after the 2013-14 school year. 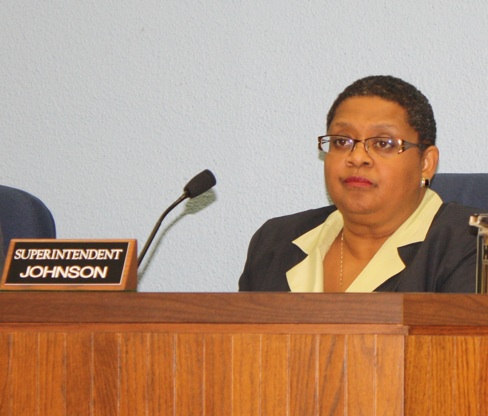 “I have a heavy heart about this decision,” admitted Johnson while citing the fact that enrollment has dropped from 1,143 students in 2004 to 265 students when school began last month. “I know there’s frustration and anger [among North High supporters],” she said, “and it is justified.”

After Johnson spoke, board member T. Williams asked that her plan be tabled “to give community members and stakeholders time” to study it. He asked for a comprehensive report on school closings as well as what could be done to improve North. 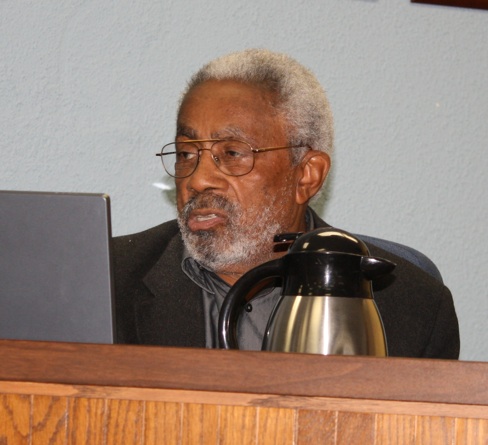 Williams decided to ask for the delay “about a week ago” once he learned of the superintendent’s plan, he told the Daily Planet afterwards.

Board member Judy Davis, who supported Williams’ proposal, added, “I want the North Side and North High to succeed.” Both her remarks and Williams’ drew enthusiastic applause from the audience.

Johnson earlier reiterated during an October 11 interview that she was fully aware her decision to recommend North High’s closing would be very unpopular among Northside residents. “People can challenge my leadership,” she said, “but my leadership is about kids.”

However, most of those who attended Tuesday’s meeting saw Johnson’s recommendation as a “systematic” plan by district officials to close North High, a plan that many believe has existed for some time now.

“This is serious business, not an emotional event,” noted Billie Mae Howard-Imhoede, a 1972 North graduate. She was among the North High supporters present Tuesday, which included students, staff, parents, community residents and others who stood outside school headquarters before the meeting chanting and holding signs, later packing the school boardroom.

“I am very invested in seeing [North High] survive,” said Brittany Williams, a 2009 North graduate. “I am hoping that the support being shown here will allow the district to give North more time to do more sustainable things.”

Buzzy Bohn, whose son graduated from the school, called Johnson’s announcement “another lousy decision” made by the school board. She wants them to work with the community to save North High.

Northside youth worker Khamiliah Mack said everyone, including young people, should “be involved in the process” of deciding North’s fate.

“It is not a good thing” to close the school, said 13-year-old Johnneta Hughes, adding that she would like to attend North. “They [the school board] don’t see the larger picture, but the smaller picture,” said 17-year-old Henry student Tisha Rogers. 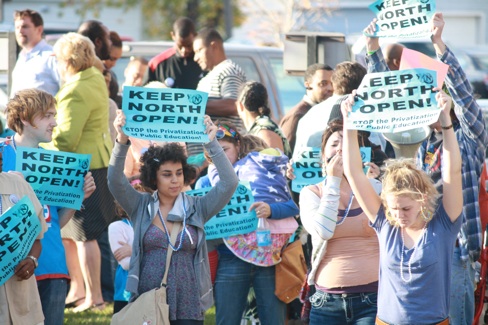 North High supporters rallied before the school board meeting

Friends of North alumni group president Marcus Owens accused Johnson of having given “defective promises” that she supported North High.

“Quite frankly,” countered Johnson, “with all the great support work they [alumni] have done, we haven’t even seen an increase to the student [population]. I said that if things didn’t change, I would have to make a different recommendation for 2011-12. And I was quite clear about that.”

Susan Young, who lives in Forest Lake, told Johnson and the board that her daughter wanted to attend North because of its small size and diversity. “I bring her to Minneapolis, and she catches the bus with a friend,” said Young of her daughter, North 10th-grader Gwendolyn Kinsman.

Kinsman, who told Johnson that she mainly takes advanced placement classes, said she and her classmates have rallied together hoping to save their school because, according to her, it is “way bigger than the North Side.”

“What we saw was the passion from the community and the interest in keeping North High open,” said Johnson after Tuesday’s meeting. “The next step is…how do we get together with the community in what we can do.”

Before any vote would be taken, Johnson announced, a community meeting would be held to listen to the public, referring to a meeting scheduled for October 18 that will provide “ample opportunity” for the public to offer their comments.

“I’m working for the school because it is my daughter’s school,” declared Young. “I am not going away.”

Charles Hallman is a staff writer at the Minnesota Spokesman-Recorder.