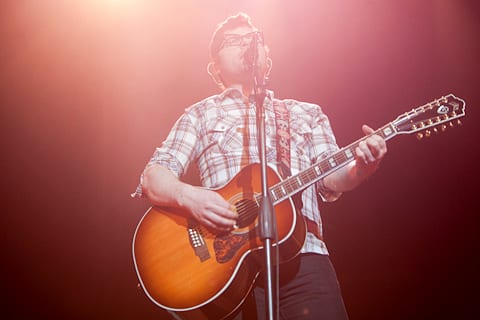 Colin Meloy of the Decemberists. Photos by Mandy Dwyer.

I’ll be frank with you: the Decemberists and I have had a fairly rocky relationship over their 10-year career.

For full disclosure, I think It’s also worth noting that I grew up in Montana and was fortunate to see Colin Meloy’s old band Tarkio play a few times. I was a really big fan of their first two albums Castaways and Cutouts and Her Majesty and enjoyed their shows at the 400 Bar for those records. 2005’s Picaresque was a bit of a mixed bag and the Fine Line show in support of that record left me a bit cold. Granted it didn’t help that Okkervil River opened that show and completely blew me away with their set and that Petra Hayden, who was touring with the Decemberists for that album, was quite sick. Fast forward to a little over a year later, when their major label debut The Crane Wife totally renewed my faith in the band, faith that was then to be knocked down a bit by a just-okay showing at First Avenue (Meloy was quite sick at that show as well, so I gave them a bit of a pass).

But the biggest rift in our relationship came with the release of 2009’s prog-rock opera The Hazards of Love. While I know plenty of people who love that record, and some who only like that album, it just didn’t really hold my interest save for a few songs. I totally appreciated the effort and concept that Meloy was going for and gave it an A+ for effort, but that didn’t make the record any more digestible. So you can only imagine how I felt when they were announced as the headliner of Rock the Garden that summer—with the added news that they would be performing Hazards in its entirety.

At this point I figured that the band was just moving in a direction that wasn’t really my thing and that we would drift further apart. I felt ambivalent when news of their latest album The King Is Dead was announced last late last year. Based on the title alone, it seemed like it was going to be another sprawling (read: exhausting) epic of an album. Consider my assumptions to be completely and thankfully 100% wrong. The album is a stripped-down effort that harkens back to their first two albums, yet reveals richer maturity in Meloy’s lyrics and the band’s musicianship. It’s just a gorgeous no-frills, mostly acoustic, record that might not top many year-end lists, but will certainly get tons of spins from me this year and has completely regained my interest in the band.

Their Minneapolis show Sunday night at the State Theatre opened with “California One/Youth and Beauty Brigade” from their debut album. While it was a nice precursor to a setlist culled from all six of their records, opening with a 10-minute slow-building song isn’t exactly the best way to get an audience’s blood pumping. At one point during the song, Meloy laid down on his back to play guitar and teased the riff of the Replacements’ “Can’t Hardly Wait.”

Thankfully, they followed with a trio of two uptempo numbers off The King Is Dead: the first single “Down By The Water” and the R.E.M.-esque “The Calamity Song.” Before the beautiful “Rise to Me,” Meloy dedicated the song to his wife (and artist of the bands’ album covers) Carson Ellis, who he said was in attendance. “July, July,” also off of their debut album, was a really nice and fun surprise and definitely the early highlight of the show for me.

Meloy and the band clearly realized they were playing at the same time as one of the biggest sporting events in the world, leading to numerous jokes about the score (ie: “it’s now 100 to negative 15”). “Won’t Want For Love” featured the lovely Sara Watkins (of Nickel Creek fame) on lead vocals. It was neat to hear her take on a song that was originally sung by Becky Stark of Lavender Diamond; she totally held her own. In addition to her backing vocals on the new material, Watkins also played violin, guitar, and tambourine. Meloy joked that the main reason she was hired was for her prowess on the tambourine.

A few songs later, the band ran through three more songs from their latest album (they ended up playing eight out of the album’s 10 songs), concluding with the stunning “January Hymn,” which is not only one of the album’s best tracks, but has also served as sort of the soundtrack to the last month for me personally. A two-song punch from Picaresque featuring “The Infanta” and “16 Military Wives” brought the energy level back up a bit before the band closed the main set with the fantastic, anthemic “This Is Why We Fight.”

You’d think a first encore of two songs from my least favorite album would have been a bit of a downer, but a gorgeous version of “The Hazards of Love 4” and a frenzied drum-laden “The Rake’s Song” (Jenny Conlee, Sara Watkins and Chris Funk all played a floor tom for the song) was one of the highlights of the show. At that point I was unsure if the band would come out for a second encore, but they eventually returned to close the night with yet another new song, the lovely “June Hymn.” I figure if a fan such as myself came away loving the show, certainly fans who have liked almost all of the bands albums came away more than pleased as well. I actually am looking forward to the band returning sometime later this year for a second stop behind one of the year’s strongest albums so far.

Openers Mountain Man, a trio of female singers originating from different parts of the US (Alex Sauser-Monnig is originally from St. Paul) performed a short but sweet a capella opening set. Their music could be classified as minimalistic American/Appalachian folk tunes, with only a tiny bit of guitar accompaniment on a few songs. They had a bit of a time finding the right key before a few songs, but once they finally all started singing together they fell right in tune with each other and their three-part harmonies were pretty impressive. It was certainly a bold and interesting choice for an opener, and one that I think most of the crowd appreciated. 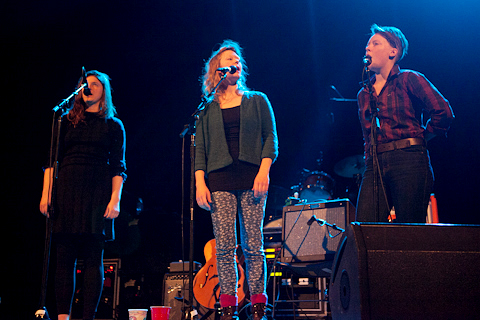 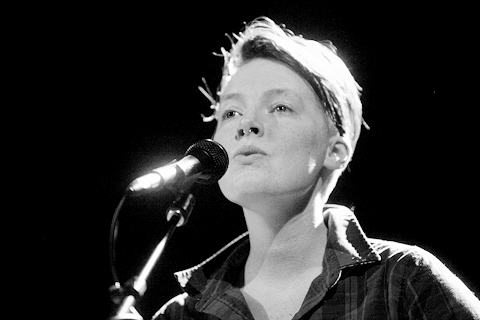 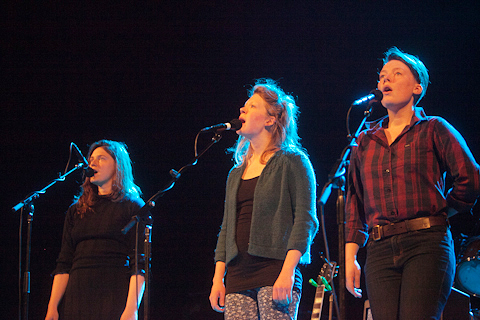 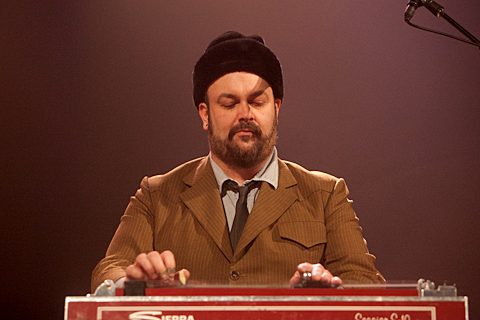 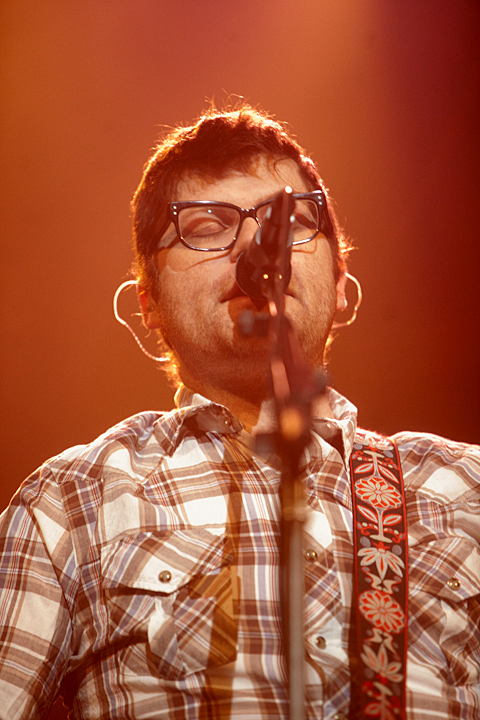 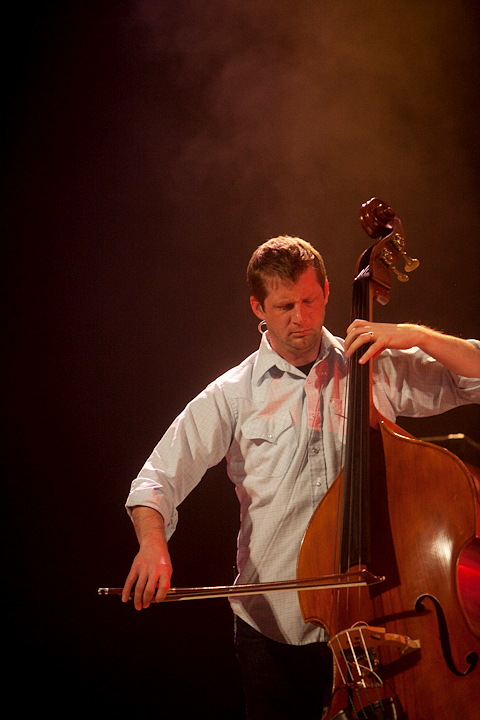 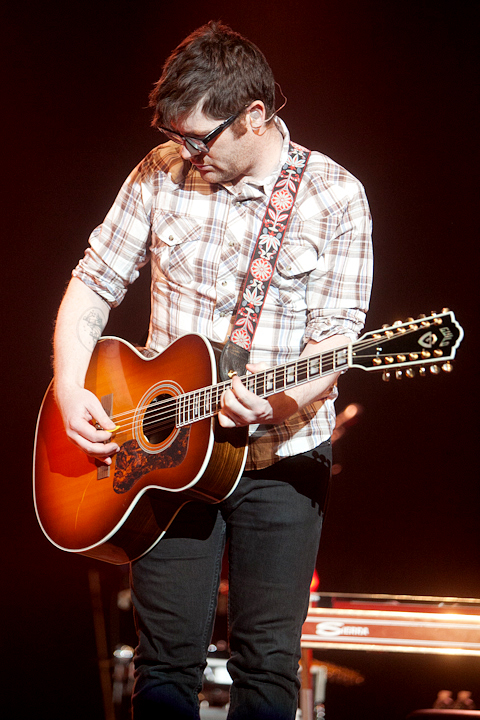 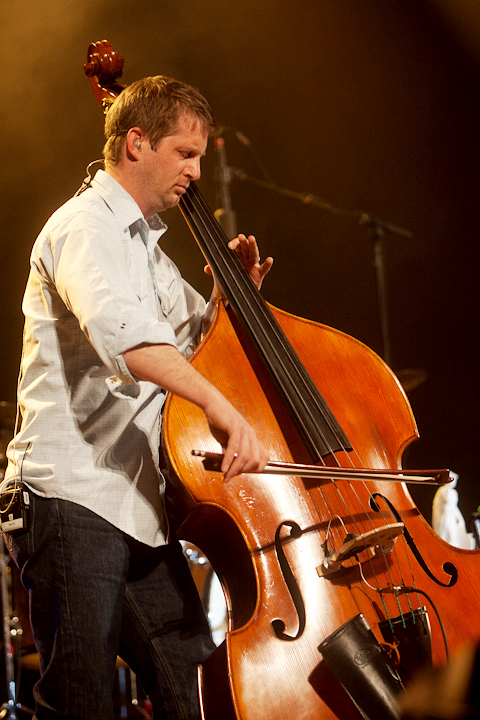 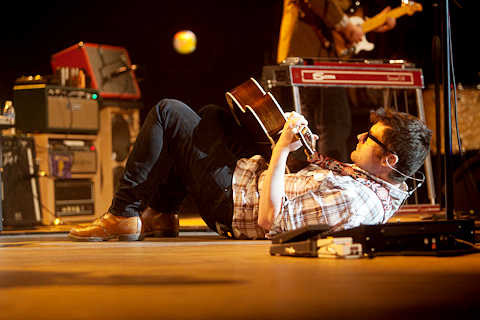 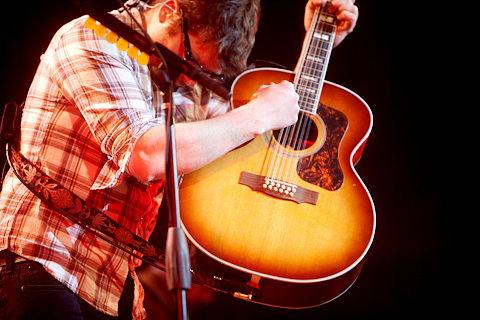 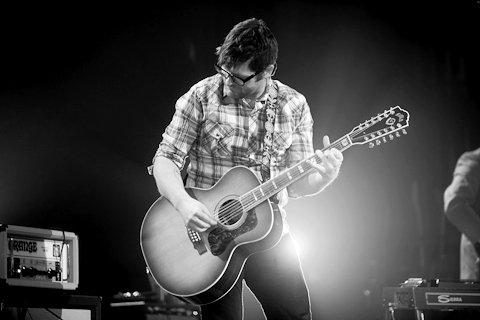 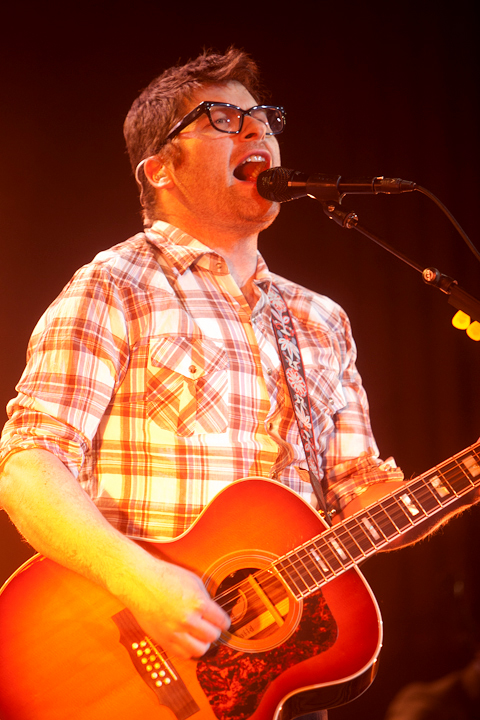 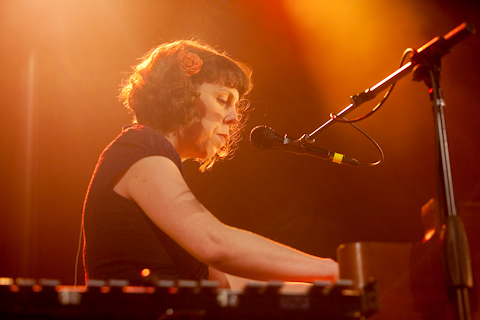 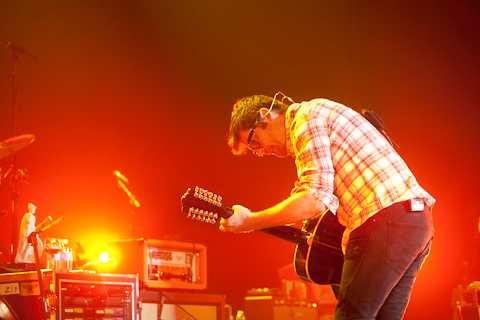 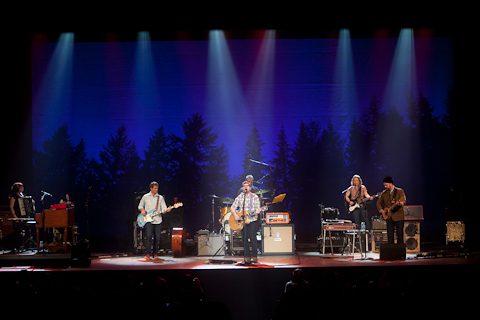 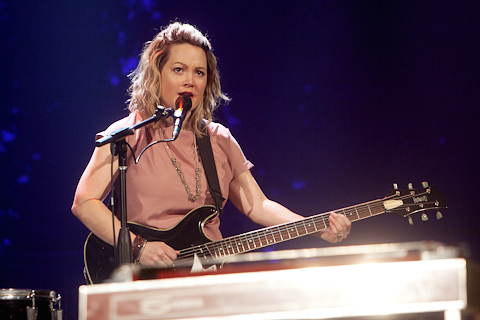 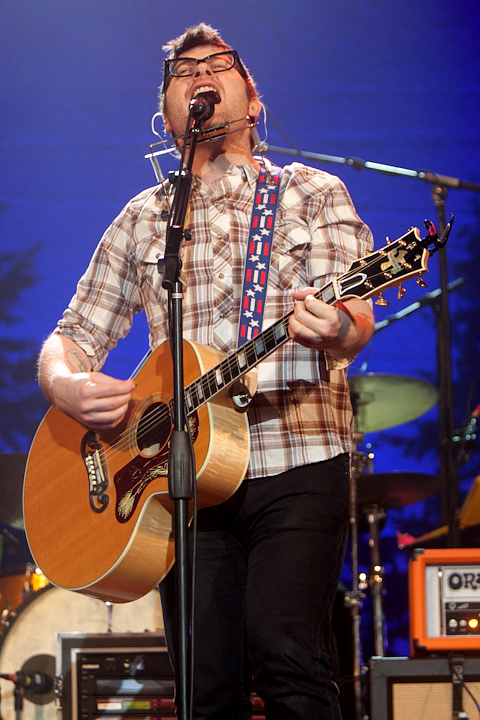 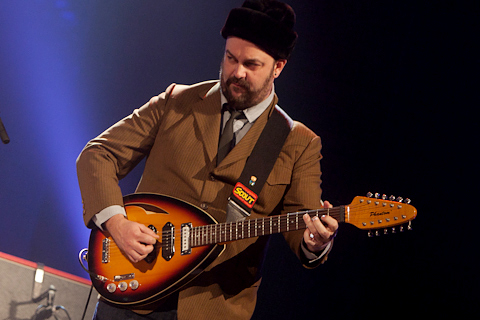 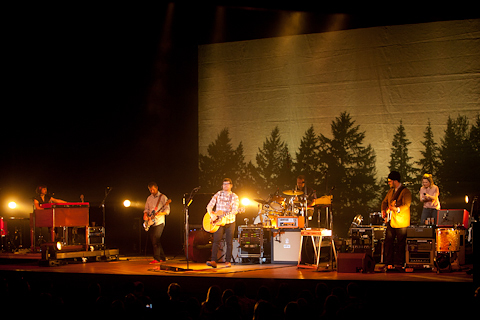 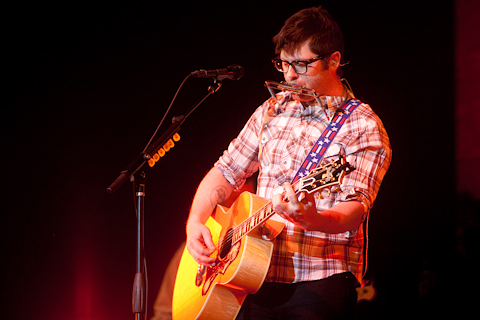